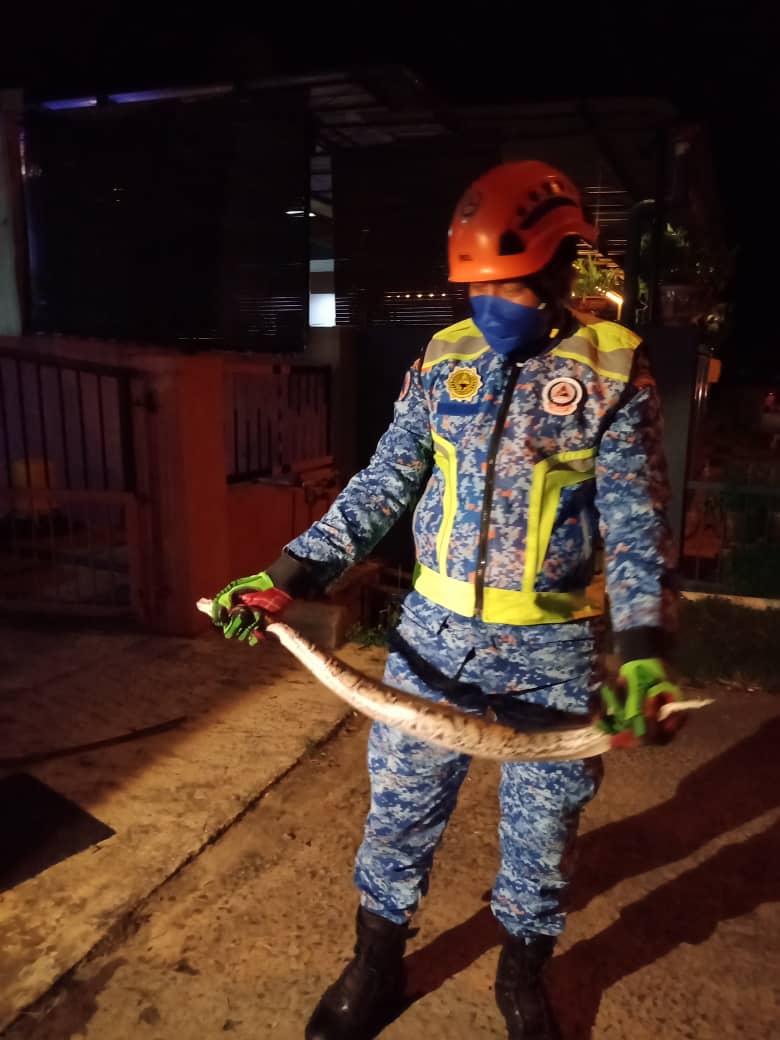 MIRI (Nov 26): A 31-year-old man in Senadin here had the fright of his life after discovering a Ripong snake in the ditch in front of his house last night.

According to Miri Civil Defence Force (APM) officer Capt (PA) Usman Harto, the department received the emergency call from the man around 8.49pm.

A team of five personnel led by Corporal (PA) Mohd Nashree Razali immediately rushed to his house. Upon their arrival at 8.59pm, the team found a one-metre long Ripong snake the size of an adults wrist in the ditch in front of the house, he said in a statement.

Usman said that after risk assessment, the reptile was successfully caught using a snake tong.

The operation ended at 9.37pm and the Ripong snake was later released back into the wild some distance away from the residential area.