Rhinos all set to face JDT 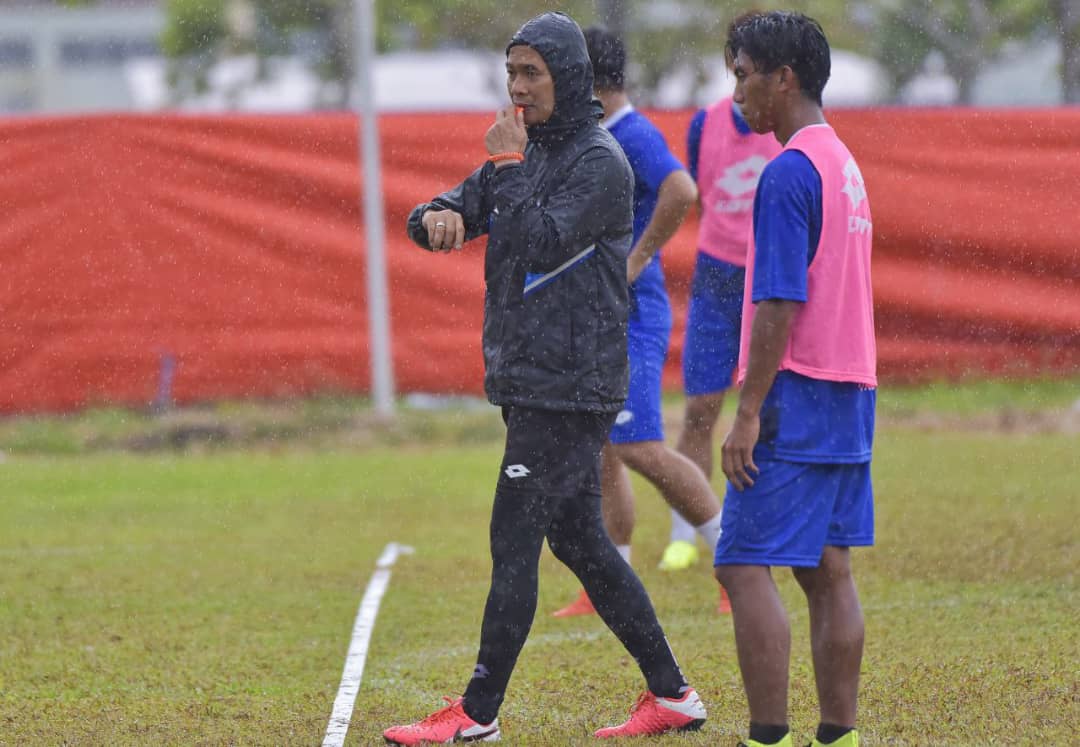 Sabah FC head coach Kurniawan Dwi Yulianto explains his desired game plan to the players in preparation for the Super League tie against JDT at the Likas Stadium tomorrow night.

KOTA KINABALU: An improving Sabah FC are all set to defy the odds and become the first team to conquer high-flying Johor Darul Ta’zim (JDT) in the current Super League campaign.

The timing couldn’t be more perfect for the Rhinos as they will have the backing of the ’12th player’ – the supporters – as they look to stun the unbeaten league leaders at the Likas Stadium tomorrow night.

The match will also mark the first time after a long pause that the supporters are allowed inside the Likas Stadium for a league fixture. Even the number is limited, their presence could at least spur on the Rhinos to continue their good form of late.

“Nothing is impossible,” said head coach Kurniawan Dwi Yulianto on the possibility of Sabah FC creating an upset win over JDT.

“We have done it before when we handed Terengganu FC their first defeat of the season in our fifth league game.

“JDT are now top of the league but there are many including the Rhinos fans hoping for a win for Sabah FC at the Likas Stadium.

“For that, we promise to give our best and try to win the game…it will be a perfect gift for our fans on their return to the fortress,” added the former top Indonesia international striker on Monday.

According to Kurniawan, they have made thorough preparation for the game including studying and analysing JDT performance through several video recordings and look out for weaknesses in the opponents’ game.

“We will be ready for them,” said Kurniawan.

Kurniawan was also encouraged by the form of the squad where the players have shown good understanding and chemistry among them on the pitch.

He hoped that the players would be able to maintain their good momentum and rhythm as shown in the last few matches in order to tackle JDT.

“What is certain is that Sabah FC want to be the first club to beat JDT at the Likas Stadium…we are confident if the players can show 100 per cent commitment, nothing is impossible to achieve,” he said. 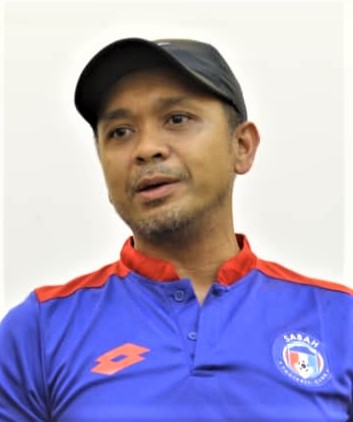 Team manager Marzuki Nasir echoed the head coach’s sentiment, saying the return of the fans could be the telling factor for Sabah to try and claim a huge result against JDT.

“I’m happy and encouraged by the form and performance of the team lately…they are improving which is a good sign.

“Hopefully we will be able to upset JDT especially with our fans strongly supporting us from the stand,” said Marzuki on Monday.

It was learnt that the 2,957 available match tickets for the game were sold out in 20 minutes after it was opened for purchase via online platform starting at 1pm on Monday.

Meanwhile, the Rhinos will have to face JDT without South Korean import Park Tae Su who is serving a one-game suspension after collecting a third yellow card in the scoreless draw against Kuala Lumpur City FC on Saturday.

Park, who is primarily a central defender, displayed a man-of-the-match performance against KL City FC where he was deployed further up the pitch as a defensive midfielder.

Kurniawan said it would be a huge loss for Sabah but he was quick to stress of his confidence on the available players in the squad.

“I’m very confident with the players that we have in the squad…they are ever ready to be call upon when the need arises.

“We have our game plan and we will try to perfect it during training in preparation for the JDT tie,” he said.

After six round of matches, Sabah are eighth in the table on five points (one win, one draw and three losses) while JDT lead on 14 points with four wins and two draws.