Rhinos tamed at own den 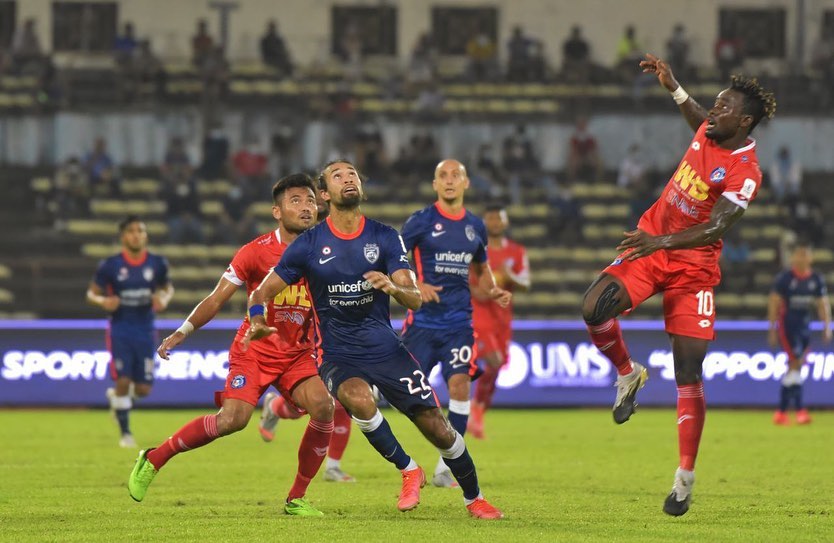 A Bergson Da Silva brace as well as strikes from Mohd Afiq Fazail and Leandro Sebastian were all that JDT needed to claim the full three points and to continue to lead the 12-team league.

Sabah’s only goal came via Levy Madinda’s penalty kick but it was mere consolation on a night when they welcomed back the fans into the stadium.

The Rhinos went into the match full of confidence following their recent good form and they even vowed to end JDT’s unbeaten start to the season.

However, it took JDT inside the opening eight minutes to disrupt the homesters ambitious plan.
Arif, upon receiving a precise pass from Mohd Afiq Fazail, outpaced defender Dendy Lowa before finishing with aplomb from inside the box in the sixth minute.

JDT then made it two-up just a couple of minutes later and Afiq was againt the creator as his forward pass was only half cleared by captain Rawilson Batuil and the lurking Da Silva was able to slot the ball home into the empty net.

JDT continued to boss the game from there with Sabah only came close to reducing the deficit in the 43rd minute.

However, Indonesian import Saddil Ramdani’s weak attempt from inside the box was easily dealt with.

Sabah re-emerged for the second half spotting much aggresion and urgency in their game and substitute Amri Yahya made immediate impact when his free kick was handbled by Adam Nor Azlin inside the box in the 55th minute.

Madinda did not make mistake from the spot as he sent JDT goalkeeper Mohd Farizal Marlias the wrong way.

The joy was short lived though as Sabah were reduced to 10-man just a minute later after Maxsius Musa was red carded for two bookable offences.

It was all the way down for Sabah from then on as JDT made their numerical advantage count.

Da Silva scored his second and JDT’s third on the night with a low finish in the 68th minute after Afiq had tore the home defence with a darting run down the right before providing the assist.

JDT were awarded a late penalty kick for a handball offence aganst Dendy and Leandro stepped up to beat goalkeeper Robson Rendy Rining to complete a convincing win on the road for the defending league champions.