Only 30% of residents in Tawau EMCO areas screened 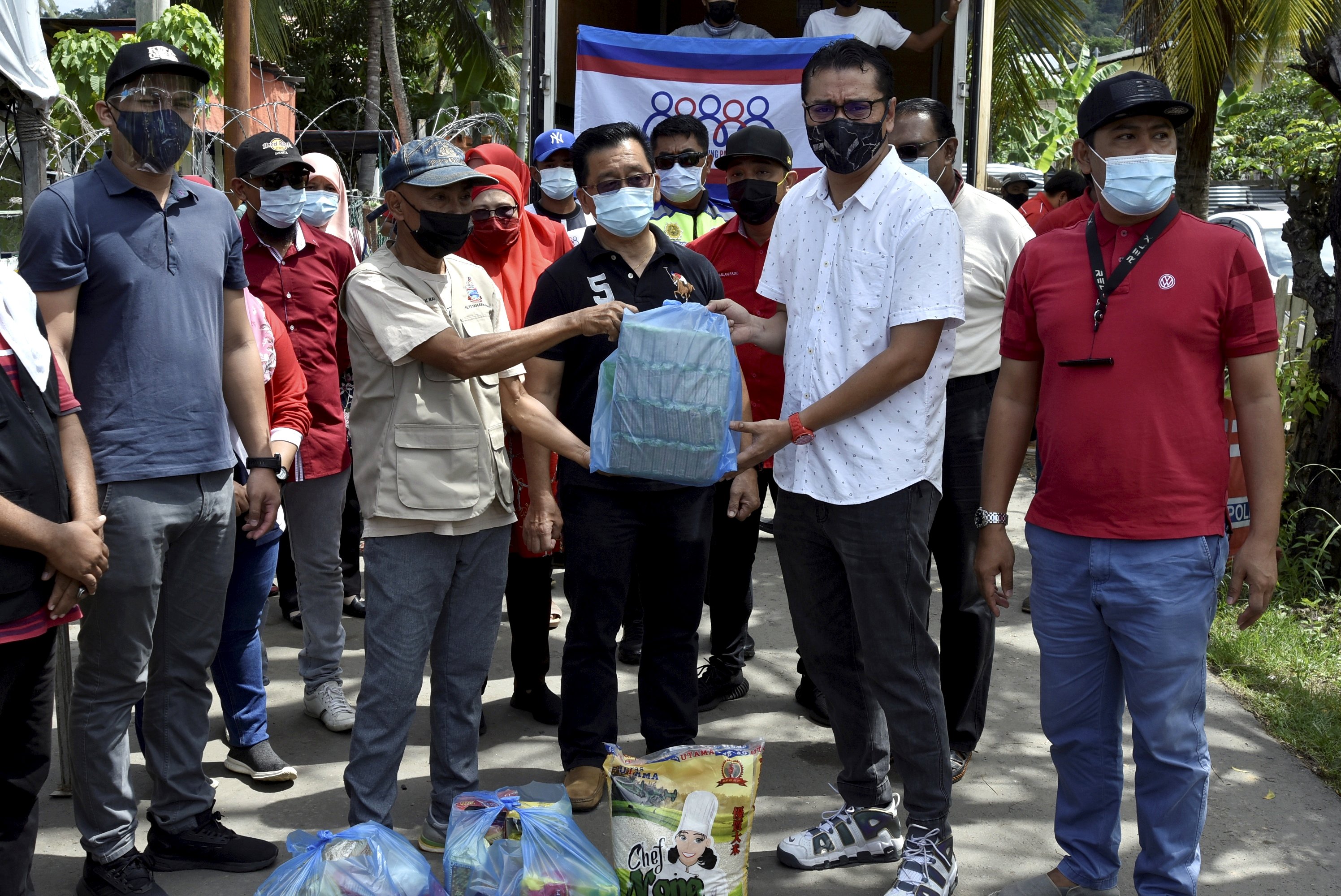 Andi Mohammad (second right) handing over the food assistance to Rahman Suali who represented the residents of Kampung Baru which is under EMCO.

Residents are also urged to postpone any social programmes, like feasts, as these are among the reasons for the existence of many new clusters, with an average of 30 cases being recorded daily in Tawau, he told reporters today after attending a food basket handing over ceremony officiated by Sabahs deputy Youth and Sports Minister Andi Muhammad Suryady Bandy here.

Meanwhile, Tawau District Police chief ACP Peter Umbuas has given a stern warning that they would issue compound notices to residents from areas placed under the EMCO if they tried to enter or exit their respective areas through rat lanes.

Peter, who said that the Marine Police had been roped in to help out, added that following the re-implementation of the MCO in the district, three roads would be conducted at Jambatan Putih, Batu 2 Jalan Apas as well as Jalan Tiku here.

On Friday, Senior Minister (Security) Datuk Seri Ismail Sabri Yaakob announced that Tawau would be placed under the MCO following a rise in Covid-19 cases in the district. Bernama