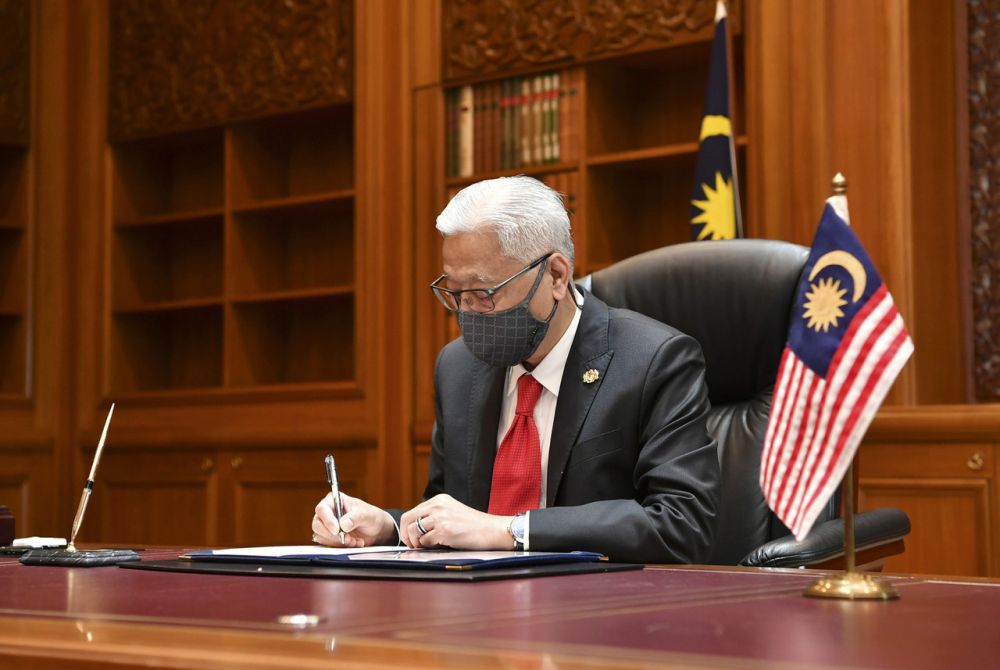 The report stated that according to sources familiar with the matter, the wrangling and last-minute lobbying for positions is ongoing and expected to last until the 11th hour.

The PM will submit his cabinet list by tomorrow (today) and seek the Agongs approval as part of the formalities.

Only after the king has given the green light will Ismail Sabri contact said candidates to inform them of their respective posts and to check whether they would want to take it up.

If anyone declines, there would be a back-up list for each position, the source was quoted as saying in the report.

The source, who spoke on the condition of anonymity, said the swearing-in ceremony for the ministers would be likely on Thursday so Ismail Sabri can chair his first cabinet meeting as prime minister on Friday.

Pending any delay and further wrangling, this would be the set timeline that Ismail Sabri has placed on his MPs and himself, the source added.

The report also quoted another source as saying that Bersatu vice-president Datuk Seri Mohamed Azmin Ali has been heavily lobbying for the post of deputy prime minister.

The source said the Gombak MP has avoided contact with most Bersatu MPs, with the exception of his faction of lawmakers who defected from PKR during the infamous Sheraton Move last year.

He (Azmin) is pushing very hard and his associates have even threatened to pull out if their demands are not fulfilled.

Not all in Bersatu and Umno are in unison with Azmin, the source linked to the Perikatan Nasional coalition said.

Bersatu secretary-general and former home minister Datuk Seri Hamzah Zainudin is also among those within the Umno splinter party vying for the number two position.

Ismail Sabri, the source added, is under tremendous pressure from Umnos leadership to impose the majority of candidates from the party and sideline its Perikatan Nasional partner, especially Bersatu.

The PM wants the (cabinet) list to be reconciliatory in nature, with certain ministers under (Tan Sri) Muhyiddin (Yassin)s cabinet retained to ensure continuity.

But at the same time, as Umno vice-president, he is being hounded by party warlords to give in to their demands as well, the source said.

A source within the party said Ismail Sabris fellow Umno vice-president Datuk Seri Mahdzir Khalid is set for a return to cabinet given his close association with the newly-minted prime minister over the years.

Mahdzir would probably get an important post in cabinet. His association with Ismail Sabri aside, he is a political veteran having served as Kedah Menteri Besar and education minister at different points in his career.

Experience and a trusted ally also counts at this juncture for Ismail Sabri, the source added.