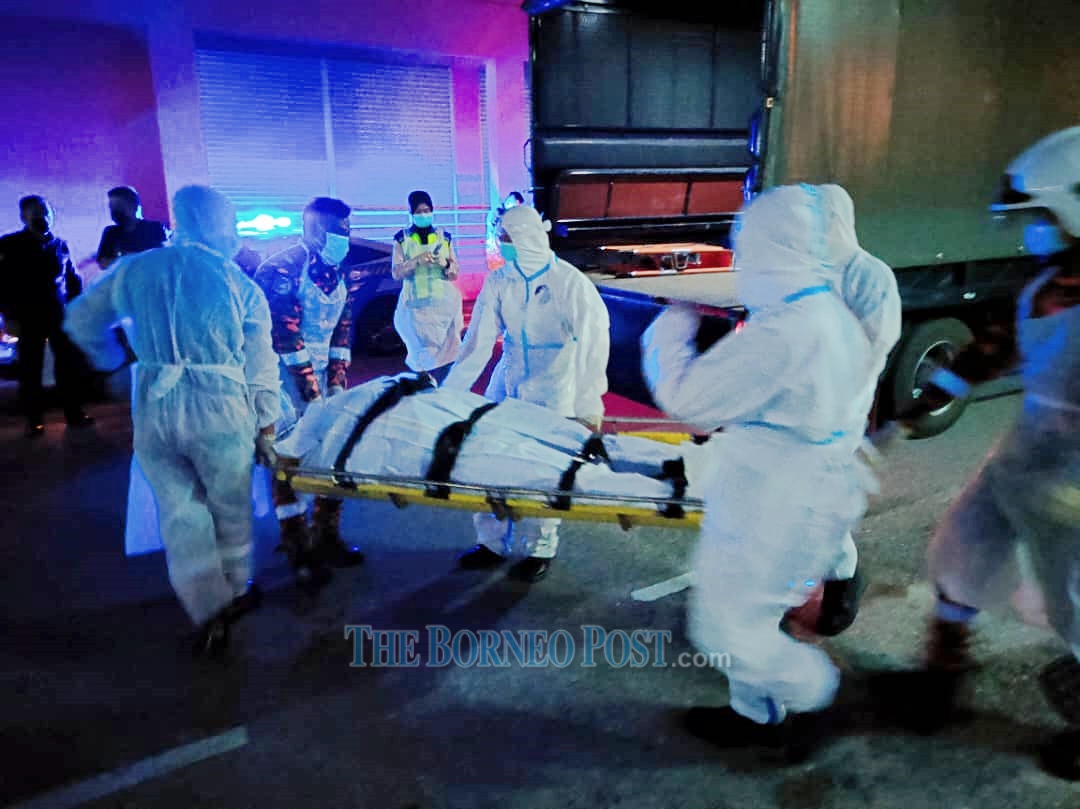 Fire and Rescue Department in a statement said a call was received from the Bintawa police station which required their assistance to move the body.

According to Bomba, the deceased was found lifeless on the floor of the premise.

It took six rescuers from the Padungan fire station in full PPE to carry the deceased’s body from the second floor of the commercial centre to a waiting police truck.

The body was then handed over to the police and brought to the Sarawak General Hospital’s morgue for a post mortem.

The whole operations ended at 10.05pm. The deceased’s cause of death is yet to be revealed as of time of writing pending a post mortem and a police report.

Meanwhile, it was revealed that the deceased is the managing director at Sape’Star and has won three gold and one silver medals at the 21st Annual World Championships of Performing Arts (WCOPA), which was held in California, United States in 2017.

The deceased was also recently featured on TV3’s Borak Kopitiam where he showcased his musical talents on the sape.