US$5 bil oil refinery, airport in Lawas to be game changer 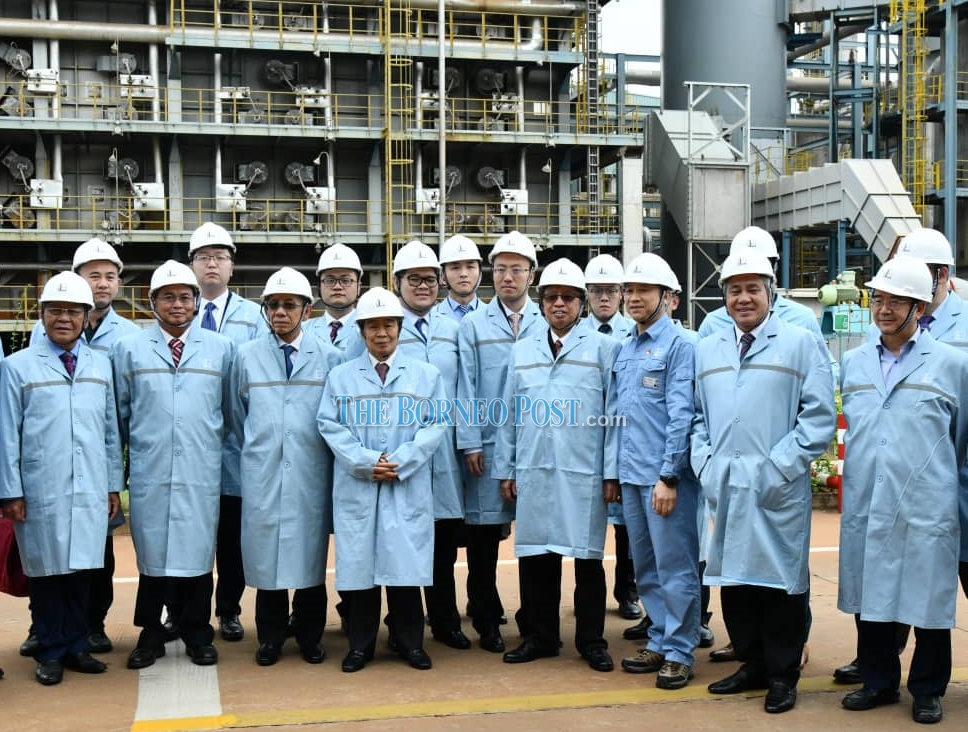 Abang Johari (front row, fourth right) and other members of his delegation pose for a group photo.

KUCHING: The proposed US$ 5 billion oil refinery in Lawas would be a game changer for development in the northern region of Sarawak and Sarawak economy as a whole once completed, said Chief Minister Datuk Patinggi Abang Johari Tun Openg.

Abang Johari said the refinery complex should be completed by 2022 if the current negotiation and preparations were proceeding as scheduled.

He made these remarks during a briefing at the Sinopec oil refinery complex in Hainan today.

A statement today said the chief minster was leading a delegation of state officials on a two-day fact-finding trip to the Sinopec oil refining facility located at the Yangpu Economic Development Zone in Northwestern Hainan Island.

Among the state delegates was Deputy Chief Minister Datuk Amar Awang Tengah Ali Hasan, who is Second Minister of Urban Development and Resources and Minister of International Trade and Industry, Industrial Terminal and Entrepreneur Development.

An official of Sinopec Engineering Incorporated which signed the memorandum of understanding (MoU) as a technology provider with the developer, Beijing BECA Sci-Tech Co. Ltd in June last year said the feasibility study had now entered the phase of designing the processing unit of the facility sited on a 700-hectare piece of land in the Sare peninsular in Lawas.

Abang Johari said the Sarawak government was serious in trying to ensure that the project would materialise as scheduled and would give the necessary support to facilitate its planning and construction.

“Our visit here is a proof of our seriousness to ensure that the refinery will materialise as planned,” he pointed out.

Later, in a speech during a dinner in the capital city Haikou hosted by Sinopec Engineering, Abang Johari said only some slight adjustments were needed to the original planning to accommodate the approach to the runway of a new airport being planned as a supporting facility to the billion-dollar project.

He said the plant site had been identified and the deep waters of Pulau Sare would ease entry and exit of large vessels in the area.

During the briefing earlier in the day, Awang Tengah, who was invited to respond to issues raised during the briefing, said the overall development of the area would include the construction of an airport to facilitate air travel in Lawas.

He gave assurance that electricity to Lawas would be connected to the main state grid by 2022, as the refinery and downstream activities would be expected to require a total 380MW of power.

By then, power from the 1,300MW Balleh dam would come on stream on the state grid and power supply should not pose any problem, he added.

He said the Sarawak government had approved a sum of RM380 million for improving various supporting infrastructural and utility facilities notably water supply in the area which came under the Northern Regional Development Agency (NRDA).

The oil refinery would require about 20MLD of water for its operation, said Awang Tengah, reassuring that the upgrading of water supply in the area would take this requirement into consideration.