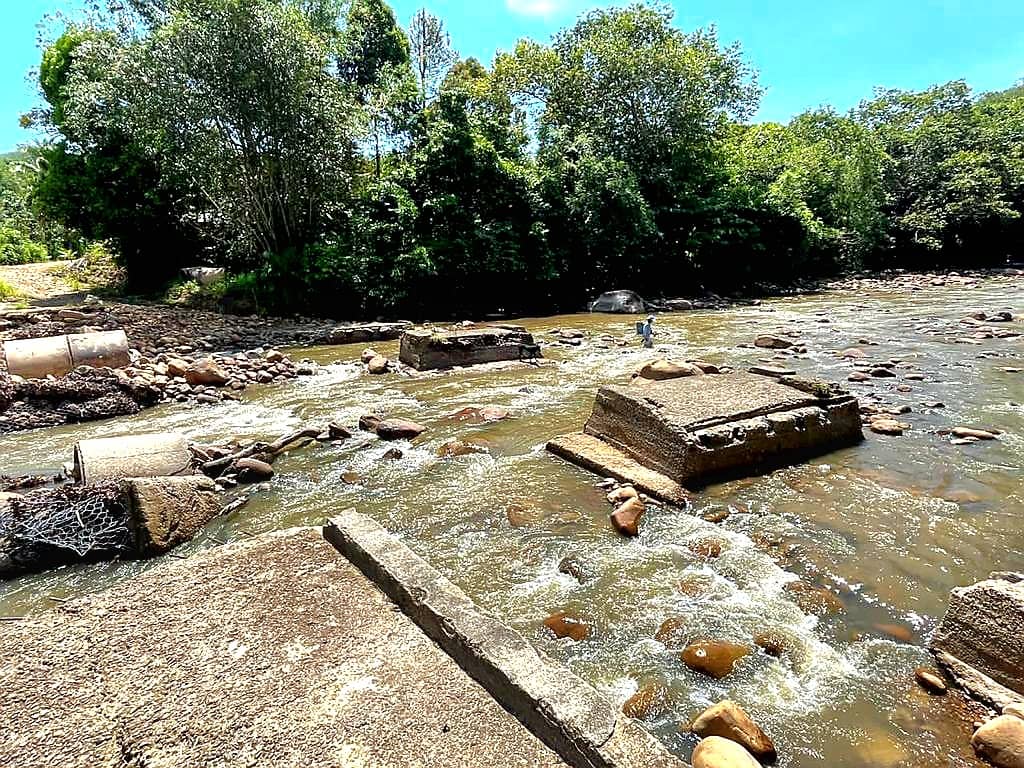 SIPITANG (May 8): The Public Works Department (PWD) and concession companies have been urged to rebuild the concrete bridge at Kampung Mendulong that was destroyed by flood at the end of last year.

Sindumin Community Development Leader (PPM) Sani Miasin said the bridge which was built across Sungai Muaya, Sipitang, was swept away by floodwaters.

He said the bridge was utilized by villagers to carry out their daily agricultural activities and to send their children to school especially those who live across the river and at Sabah Rubber Industry Board (LIGS) housing.

Without the bridge, he said villagers were forced to travel via a road that was 15 kilometres away through several villages.

I have reported the matter (damaged bridge) to PWD on December 29, 2021 after inspection upon receiving complaints from local leaders and villagers.

Four months have passed and there is no sign of any action from the relevant authority, including the Sipitang District Office, to rebuild the bridge for the convenience of the villagers, he said after visiting the site for the second time recently.

Sani hoped that the PWD, particularly its director and concession company appointed by the State Government would take immediate action in building a new concrete bridge.

If the projects take a long time and incur high costs, he suggested the concessionaire and PWD to build a suspension bridge as a short-term alternative for the villagers.

While waiting for allocation for a new bridge, do build a suspension bridge that can be used by the villagers and motorcycles.

Sani also urged the PWD to monitor road maintenance works carried out by concession companies, given the public complaints on subpar works.

In addition, PWD should also be proactive in repairing damaged and pothole-riddled roads for users safety and comfort.

There are roads that have not been maintained for years.

Do not wait until these issues are criticized or gone viral on social media before action is taken, as this will tarnish the image of the GRS-BN government.

Sani said the District Office, government agencies and departments in Sipitang should also take action on complaints and reports lodged by villagers instead of dispatching contractors to discuss with villagers, Village Development and SecurityCommittee(JPKK)or village heads.

Contractors have no authority to represent government agencies or departments.

He said officers should go to the ground, meet and discuss with the leaders and villagers to seek the best solution to the issues faced by the people.