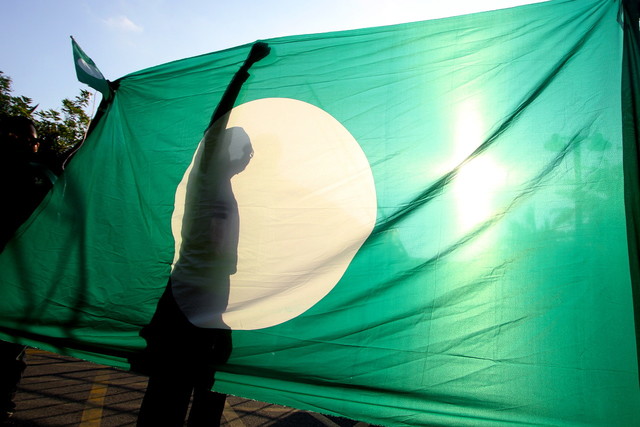 Abdul Hadi says PAS is prepared to face the 15th General Election (GE15) if it is held at any time. – Bernama file photo

KOTA BHARU (Sept 13): PAS is prepared to face the 15th General Election (GE15) if it is held at any time, said its president, Datuk Seri Abdul Hadi Awang.

He said the party leadership at all levels had instructed the machinery to be ready.

On the number of seats to be contested by the party, he said, it has yet to be finalised and the matter would be announced by Prime MinisterTan Sri Muhyiddin Yassin when ready.

Abdul Hadisaid this during a media conference after delivering his keynote address at the 66thPAS Muktamar (general assembly) here today.

On the Muafakat Nasional (MN) cooperation, he said, although still in the early stage, he was satisfied with the alliance between PAS and Umno.

But, there is a lot more that needs to be strengthened, he added.

In another development, Abdul Hadi saidPAS would mobilise its machinery to help its allies in Perikatan Nasional (PN) in the Sabah State Election.

The Election Commission has set Sept 26 as polling day for the Sabah state election, where 73 state seats will be contested and they include 13 new seats.

The nomination day was yesterday and early voting will be on Sept 22. – Bernama