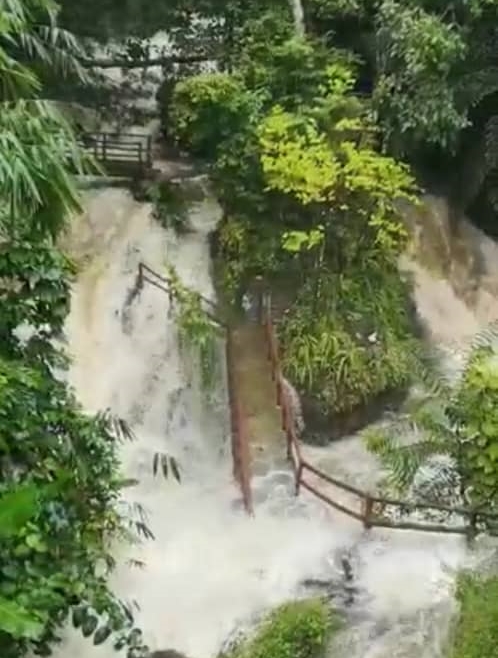 A screengrab of the viral video which shows large volumes of water swirling around the park.

He said this was due to the strong current and large volume of water pouring down the waterfalls caused by incessant rain, which posed a danger to visitors.

“Yes, it is now closed,” he said today after confirming a viral video showing the dangerous level of water at the park.

Meanwhile, a Serian District Council (MDS) official also confirmed that the council has closed Ranchan Recreation Park to the public for the time being,

The park, popularly known as Ranchan Pool among the locals, is a popular recreational spot attracting many visitors to Serian especially during weekends and public holidays.

Visitors are attracted to its waterfalls and natural pools in a pristine forest setting. Following its upgrading many years ago, there are also accommodation facilities and barbeque areas provided.