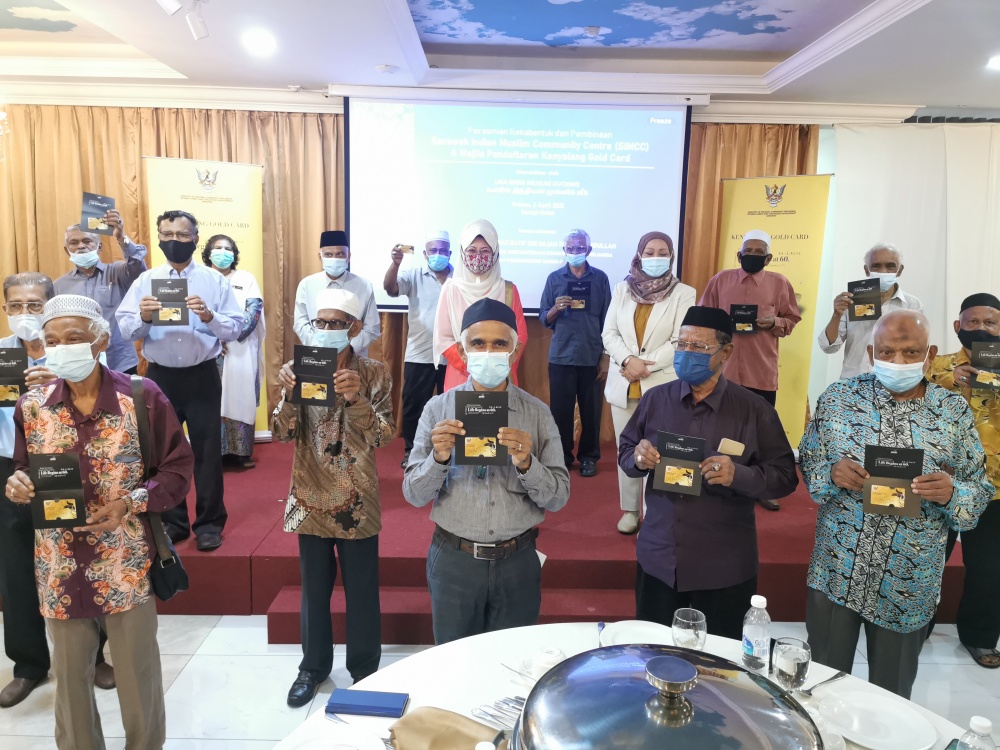 Fatimah (centre, onstage) posing for a photo after handing out the Kenyalang Gold Card to members of the Kuching Indian Muslim League. – Photo by Roystein Emmor

KUCHING: Sarawak has put in place policies to look after its elderly as the state is expected to have more senior citizens than the national average by 2030, said Welfare, Community Wellbeing, Women, Family and Childhood Development Minister Dato Sri Fatimah Abdullah.

She said 16 per cent of Sarawaks population would be 60 years old and above by the year 2030 while the national average was projected at 14 per cent that year.

The state government is well-aware of the changes in the state populations demography and thus, we are in the midst of setting up a good support system with quality facilities and effective policies for the senior citizens, said Fatimah.

She said this at the launching of the Sarawak Indian Muslim Community Centre Construction and Design as well as Kenyalang Gold Card presentation here.

Citing the Kenyalang Gold Card initiative, Fatimah said her ministry had recorded 202,722 applications or 64 per cent of a total of 315,000 senior citizens as of March 26.

From the total applications received, she said 184,404 cards had been printed and 169,242 had been handed out to the relevant agencies to be distributed to the beneficiaries.

The number of strategic partners for the Kenyalang Gold Card currently stands at 235. These organisations or corporate bodies offer discounts and rebates; including products and services from supermarkets, pharmacies, hospitals and dentistry, she said.

Fatimah said RM6.9 million had been allocated to 2,835 applications to assist the next-of-kin in covering the funeral expenses of the deceased from last year until March this year.

The state government had established the endowment fund with each newborn receiving RM1,000 that could be withdrawn when they turned 18 years old, to be used to further their studies or as business capital.
On a separate note, she urged the Kuching Indian Muslim League to officially write to the state government to seek RM2 million for the construction of the Sarawak Indian Muslim Community Centre.