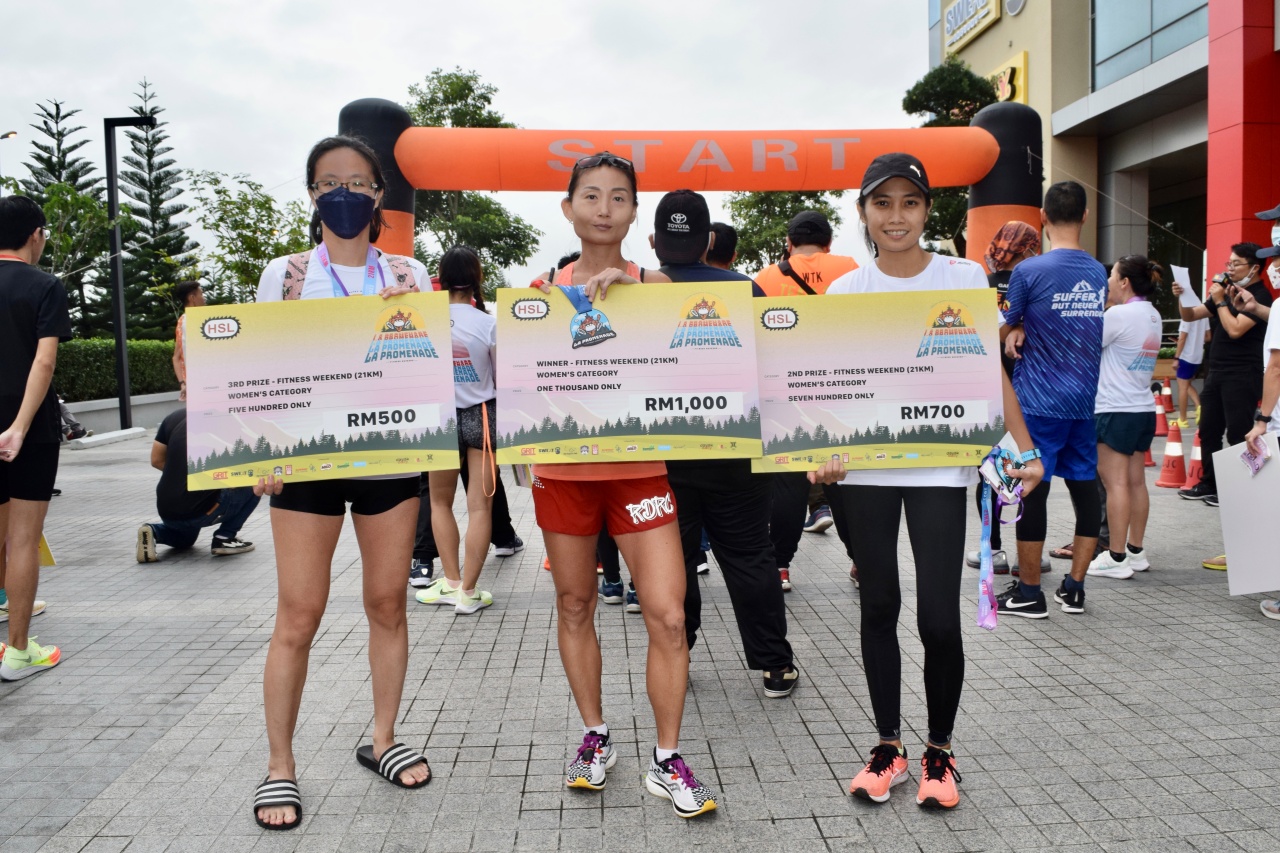 KUCHING (May 8): Participants of the inaugural La Promenade Fitness Weekend half marathon were delighted to be running again as Covid-19 standard operating procedures have finally been relaxed after two years. 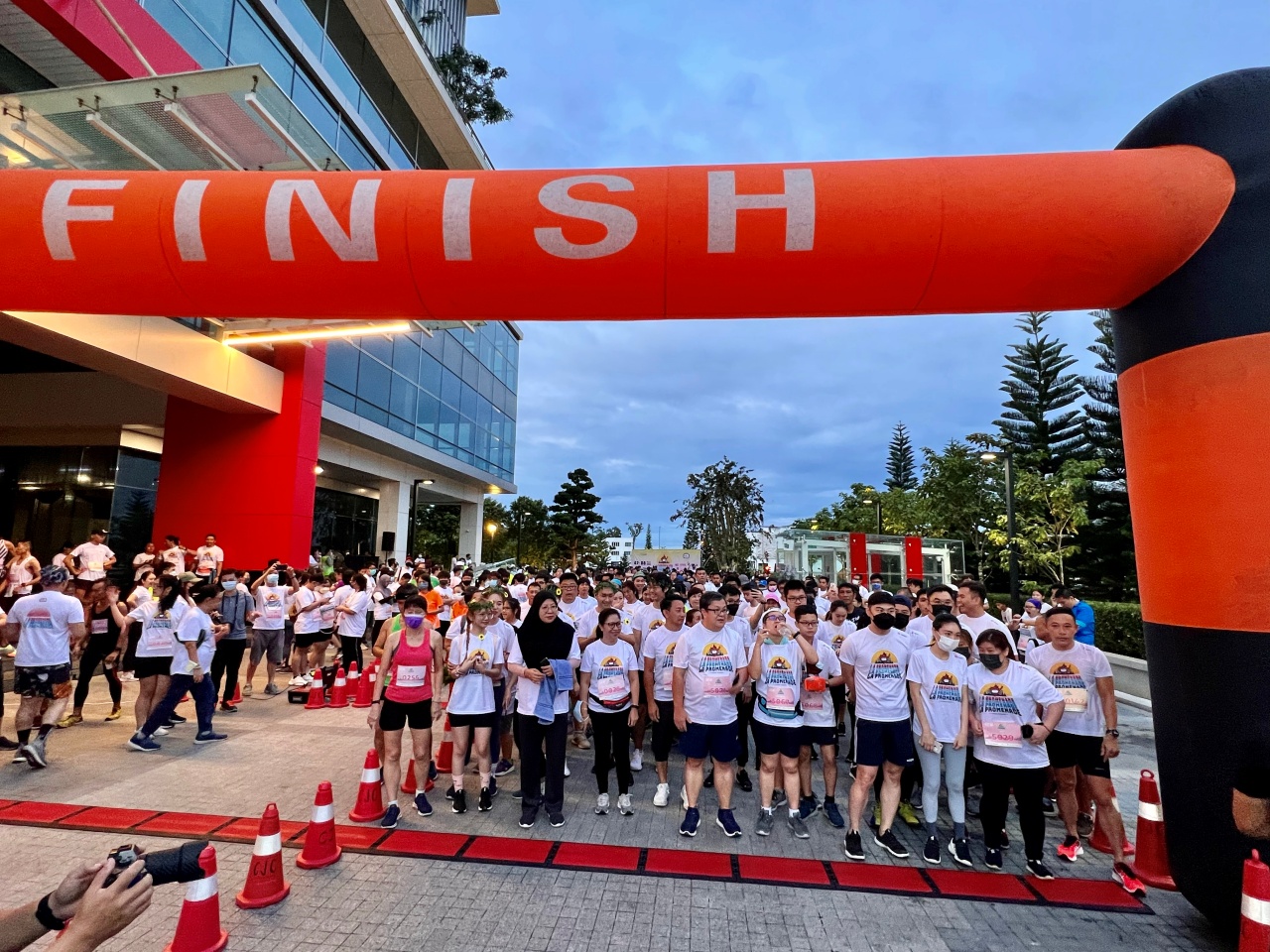 Runners of 10km at the starting line. Photo by Roystein Emmor

A total of 1,350 runners gathered at the starting point at La Promenade Mall here from 5am.

Kota Samarahan MP Datuk Rubiah Wang flagged off the run at 6am, starting with the 21km category, followed by 10km, 5km and 3km.

She later presented prizes of RM10,000 and medals to the top 10 winners of the 21km and 10km categories. 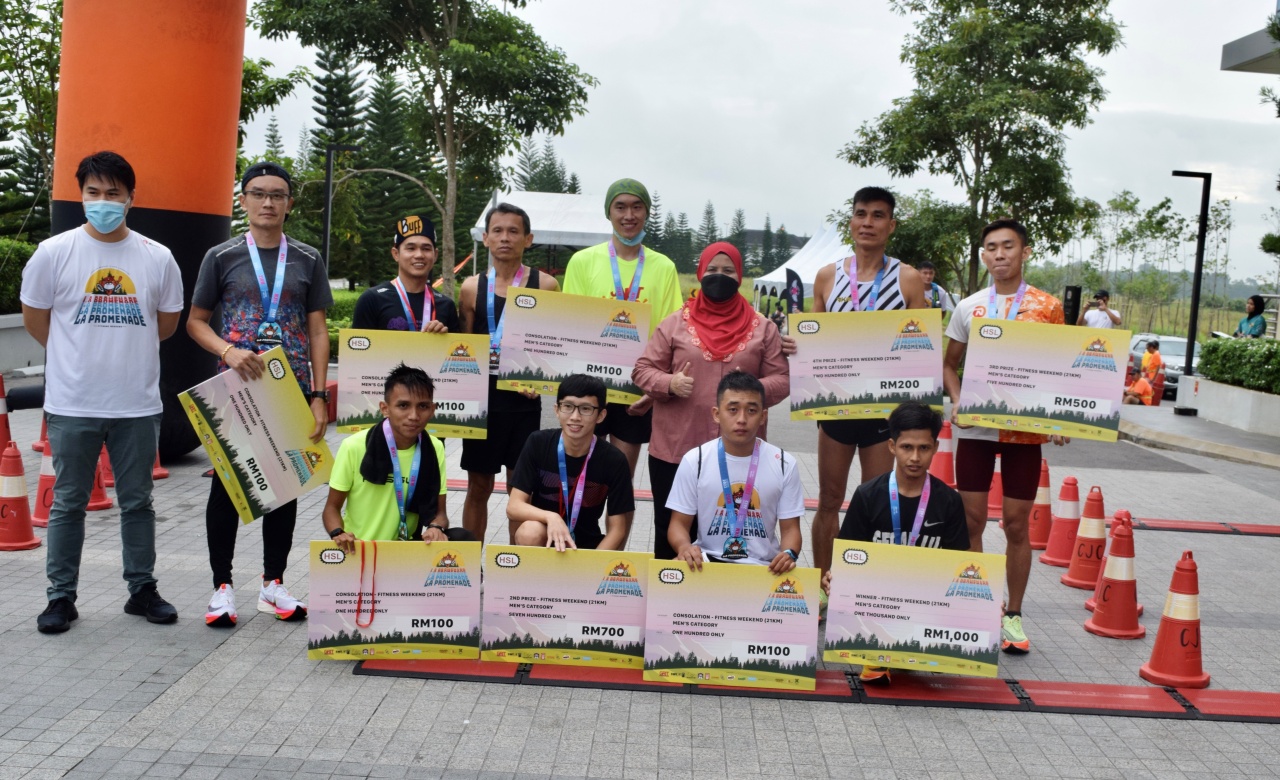 Rubiah (standing, third right) in a photo call with the top 10 winners for the 21-km men category. Photo by Roystein Emmor

Coming first in the 21km men and women categories were Izzat Haikas and Lim Baoying respectively, netting them a RM1,000 cash prize each and medals. Izzat clocked 1:23:26 while Lims time was 1:36: 22.

In first place for the 10km men’s and women’s categories were Goliath Valeron and Law Ngik Ching though the runners in this category were not timed. 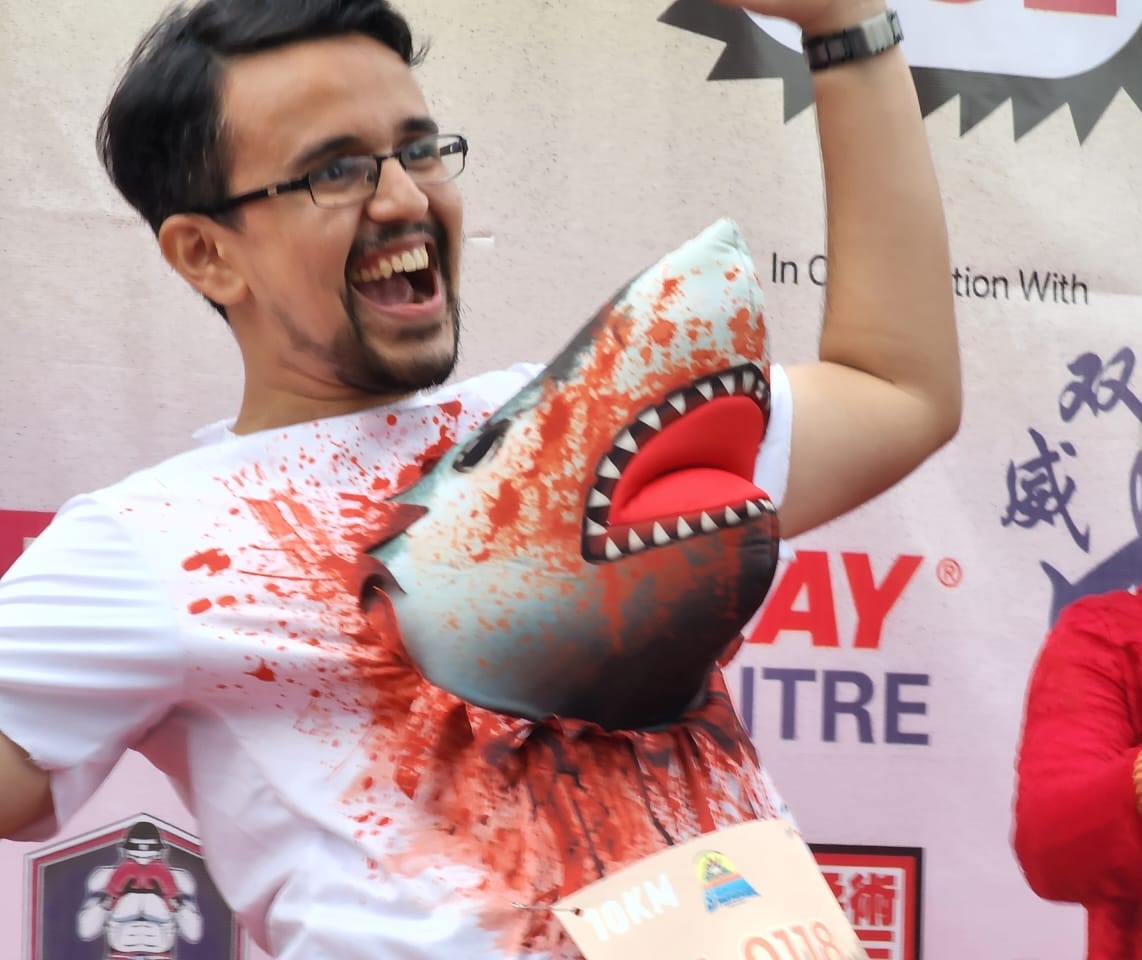 Harjun Singh shows the shark bursting from his chest. Photo by Galileo Petingi

Some of the outfits seen were kimonos, kebaya and baju melayu, with one of the more creative outfits being a Jaws-inspired, 3D shark T-shirt. The full traditional baju melayu won best dressed while the 3D shark was placed second. 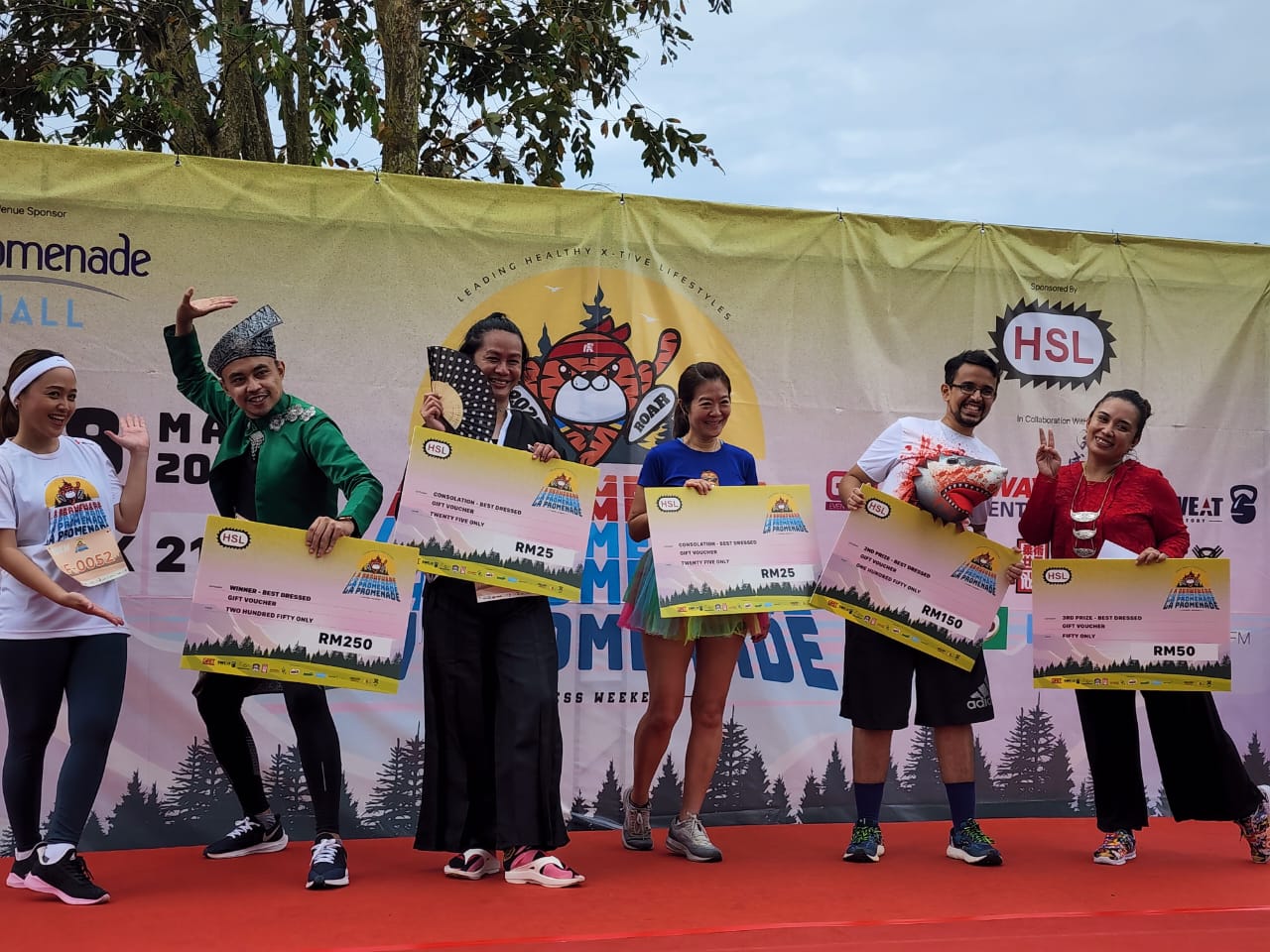 The half marathon was the highlight of the inaugural La Promenade Fitness Weekend which started Saturday with a functional fitness championship. Martial art demonstrations were held all weekend.