CM will probe Kitingans denial of entry to Sarawak 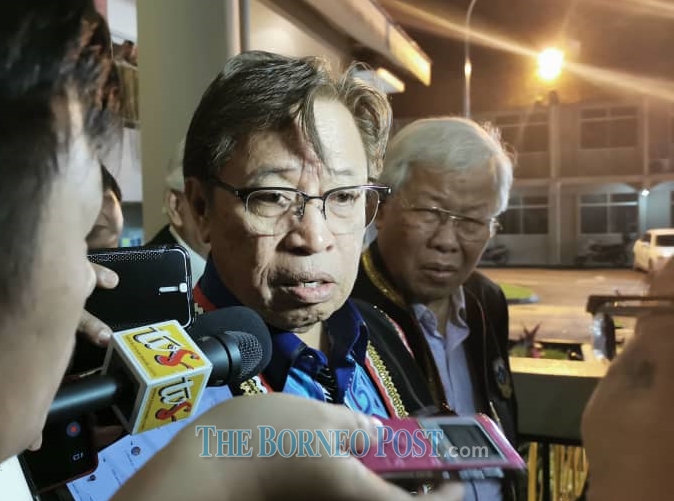 Abang Johari (centre) speaking to the press after officiating at the Dayak Bidayuh National Association New Year Gathering and their 65th anniversary dinner at their headquarters at Jalan Ong Tiang Swee here.

I will find out, said Abang Johari, who seemed surprised when asked on the matter after officiating at the Dayak Bidayuh National Association New Year Gathering and its 65th anniversary dinner at their headquarters at Jalan Ong Tiang Swee here last night.

However, Abang Johari pointed out the reason behind the denial of entry might be due to Jeffrey being on a list of individuals disallowed from entering the state.

He assured that he would probe the issue to get a full picture on what really transpired.

On Friday, a news portal reported that Jeffrey who is Keningau MP had complained that he was not allowed to enter the state to chair a follow-up of the Dayak International Organisation’s meeting on Friday afternoon and to speak at a forum organised by Sarawak For Change on Saturday.

Jeffrey said that he had applied for a special entry pass to attend these activities but he received a negative reply instead.

I have never had this problem under previous Sarawak chief ministers namely, Tun Pehin Sri Abdul Taib Mahmud and the late Pehin Sri Adenan Satem, he was reported saying, claiming that the chief minister had :abused the states immigration autonomy”.