Probe concludes accident victim could have blacked out before crashing 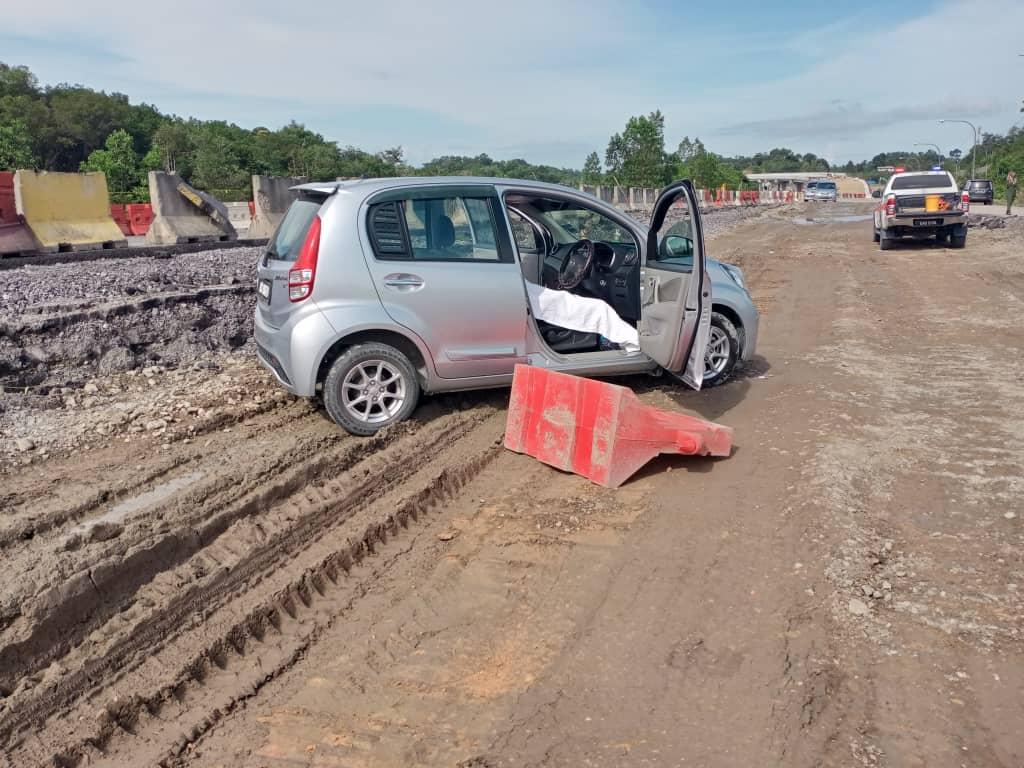 The scene of the accident on June 11.

KUCHING (June 17): Investigation by the police and Public Works Department Sarawak (JKRS) traffic management team concluded that a woman who died in an early morning single vehicle accident at Mile 12, Jalan Sibu-Bintulu on June 11 could have lost consciousness before crashing into cones place on the roadside.

JKRS in a statement yesterday said the contractors patrol car came across a car which was stranded at a construction site at around 7am and alerted the police, Bomba and the hospital after finding out that the driver was unconscious in the car.

The statement added that the car engine was still running and that it was possible she could have lost unconscious due to some health problems and driven straight to the other side of the road towards the construction area, hitting the plastic barriers and stopping within the construction site.

“Upon further investigation, it was found that signage were properly put in place such as the ’50KM Speed Limit’ and ‘Men at Work’. Directional signage were found to be intact and displayed at appropriate distances to remind and warn the public of hazards on site,” said JKRS.

There was very minimal damage to the car and paramedics from Sibu Hospital pronounced the victim dead at the scene.

The victim was heading from Bintulu towards Sibu/Bintulu roundabout when she arrived at a road under construction at Mile 12 before losing control of her car and crashed into the roadside cones at the right side of the road, he said in a media statement.

The public on the other hand, were reminded to cultivate a safe driving attitude by complying with traffic laws, respecting the rights of other drivers and ensuring physical and mental alertness while driving or being on the road.

On the project progress, JKRS said that it is now entering a critical phase whereby the contractors are being reminded to complete the single carriageway (C1) first at all packages (WPC02 – WPC11) diligently and speedily.

Traffic at all packages have been diverted gradually to the newly completed first single carriageway (C1) and most of these packages are scheduled to complete by the end of August 2021, said the department.