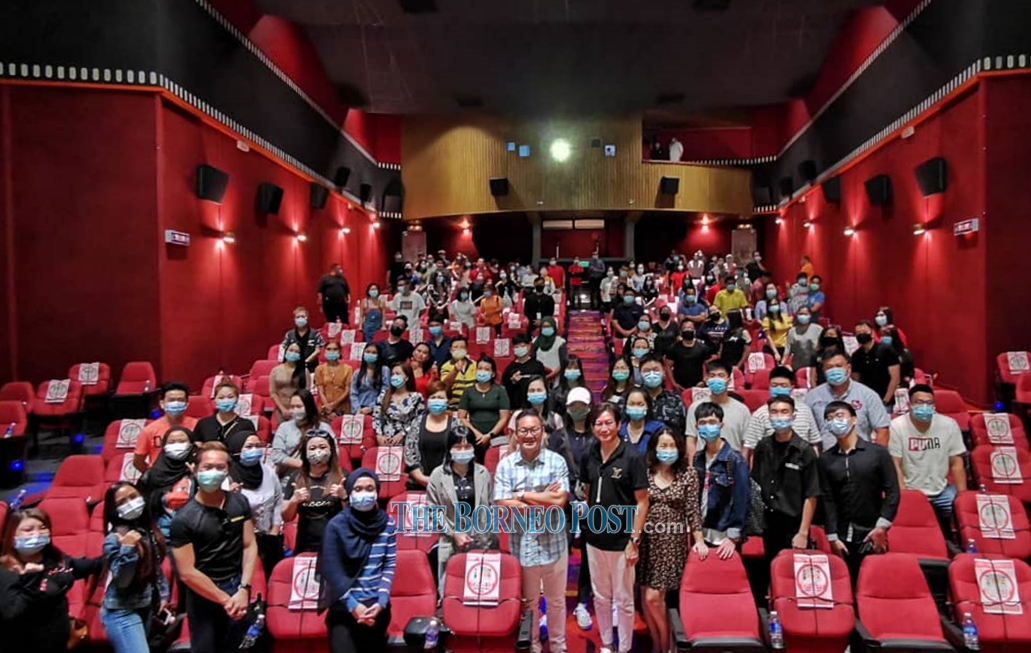 SIBU: Sarawak Day was celebrated in style by locals with the presentation of a music video titled ‘Power Up Sibu’ held at King’s Triplex today.

The idea behind the ‘Power Up Sibu’ music video was initiated by political secretary to the chief minister Michael Tiang.

“Thus, I would like to express a big thank you and appreciation to Bjarne Wong for his great work and also everyone who has made this ‘Power Up Sibu’ music video possible in one way or another,” he added.

Tiang said the music video, which involved some 200 people from various races in Sarawak, was created to show that the declaration of Sarawak Day has instilled in the people a greater sense of identity and belonging, and a deeper love for their state.

In 2016, the state administration under then Chief Minister, the late Tan Sri Adenan Satem or popularly known as Tok Nan, gazetted July 22 as Sarawak Day, – a public holiday in honour of past leaders and their sacrifices for the state.

Meanwhile, Tiang said the music video was while adhering strictly to the standard operating procedures (SOP) of the Recovery Movement Control Order.

Tiang added that besides the music video, they also wanted to show not only to the people of Malaysia but also to the rest of the world that Sibu is actually a place which is full of energetic and talented people.

“In order to show our appreciation to all involved in the making of this music video, we gathered them together to watch and enjoy our finished work,” he said.