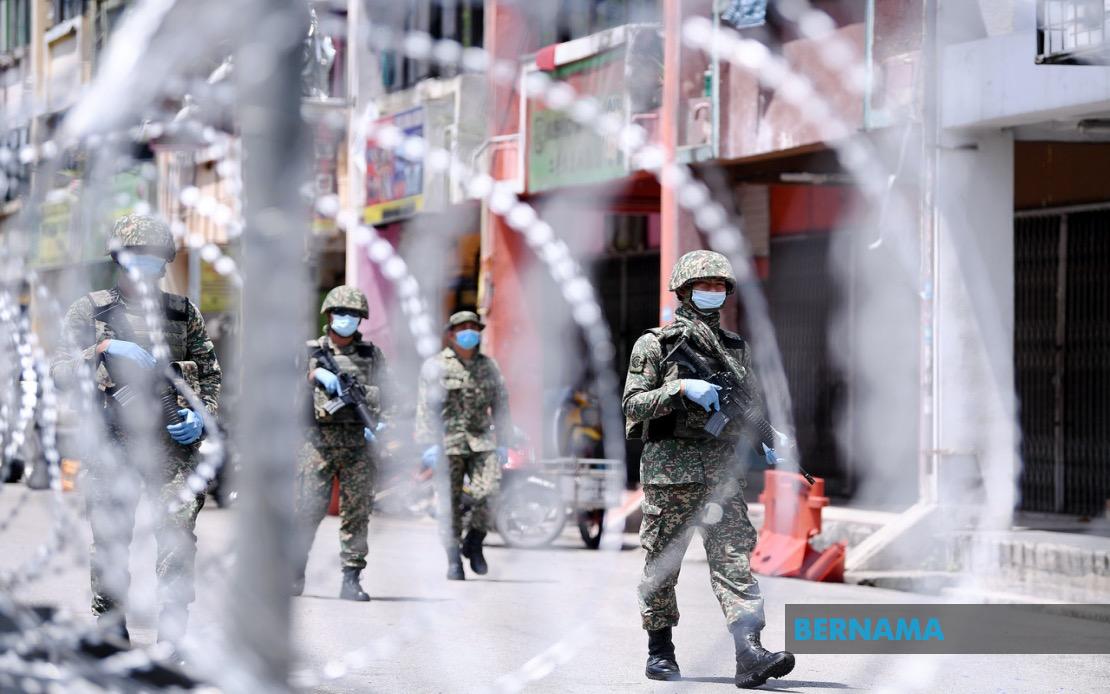 Soldiers patrol an EMCO area in the Peninsula which is being surrounded by barb wire. – Bernama file photo

KUCHING: The Health Ministry will consider imposing the Enhanced Movement Control Order (EMCO) in certain areas in Sarawak or on target groups should new cases continue to emerge in the state, its director-general Datuk Dr Noor Hisham Abdullah said.

He told the daily Covid-19 update in Putrajaya today that the ministry has a team to go to the ground to take action and strengthen contact tracing.

If necessary, we will do EMCO but right now we can still control. We only need to implement contact tracing and once traced, they will be tested. If they are positive they will go to the hospital, if negative they will be quarantined,” he said.

Dr Noor Hisham said this when asked if the occurrence of almost daily new Covid-19 cases in Sarawak would cause the ministry to implement the EMCO.

Sarawak was spared the EMCO at the height of the Covid-19 pandemic. Under the EMCO, areas are totally cordoned off by security forces and the public are not allowed to enter or leave the area.

Out of the nine, three are imported cases with two foreigners who came into the country from the Philippines and India respectively, and one Malaysian returning from Singapore, while the local transmission involved two foreigners and the rest are locals.

The local transmission cases are two foreigners, one each from Sabah and Kelantan, while the rest are four Malaysians in Sarawak, said Dr Noor HIsham.

“Eight people have recovered and were discharged today, bringing the number of discharge to 8,574 cases, with a recovery rate of 97 per cent. Five are still treated in the intensive care unit (ICU), with two requiring ventilator support,” he said.