Polls debutant GPS to stand in all 82 seats, faces multi-cornered contest in all of them 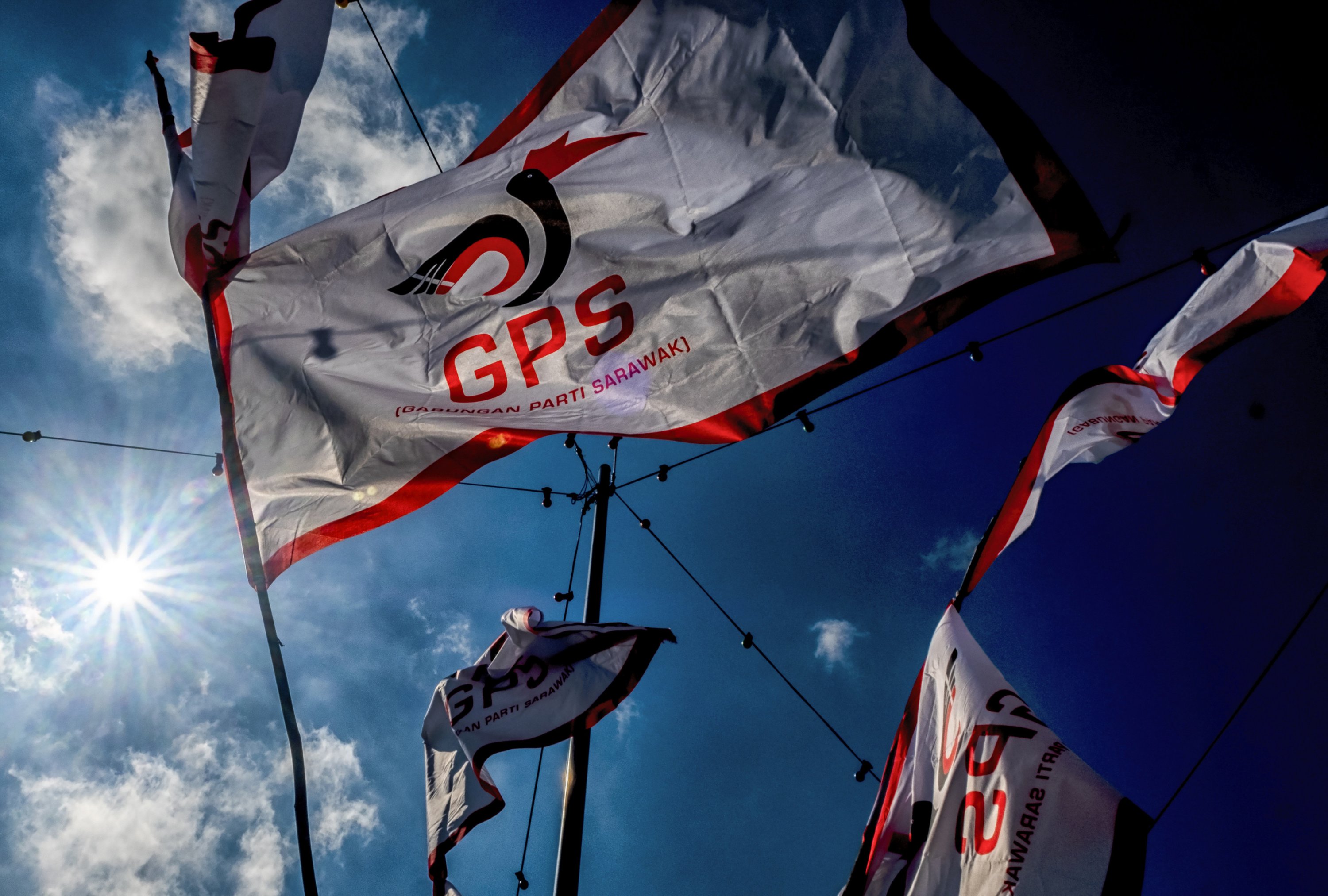 GPS will defend 68 of the 72 seats secured in the 2016 state election under the then Barisan Nasional (BN), as four of the candidates who won on the BN ticket have crossed over to Parti Sarawak Bersatu (PSB), and vie for those four seats as well as the 10 it lost.

These four parties were formerly components of Sarawak BN, which chose to form new alliance called GPS after the defeat of BN in the 2018 general election.

Prior to that, Sarawak BN through these four components and several direct candidates achieved a landslide victory in the 2016.

Led by the late Pehin Sri Adenan Satem, Sarawak BN won 72 out of the 82 seats.

Will GPS be able to repeat or better this feat by its predecessor in this election?

BN has had a long history of ruling Sarawak since its formation in the 1970s. Before that, the ruling alliance was known simply as the Sarawak Alliance.

In the 1969 state election, the Sarawak Alliance led by Tun Abdul Rahman Yakub was made up of just Parti Bumiputera Sarawak (Bumiputera) and SCA.

SUPP later joined Sarawak Alliance to form a coalition government after the election, after they secured a total 27 out of the 48 seats.

The 1974 state election saw the debut of Sarawak BN, comprising PBB (following the merger of Pesaka and Bumiputera) and SUPP. The Abdul Rahman-led alliance won 30 of the 48 seat and were returned the mandate to form the government.

The next state election in 1979 was the first held separately from the Malaysian general election since 1969. Sarawak BN by then comprised PBB, SUPP and SNAP and together they won 45 of the 48 seats.

The 1983 state election, held during the monsoon peak season in December, saw Sarawak BN securing 44 of the 48 seats including three which were uncontested.

That year saw PBB and SUPP contesting under the BN logo, while SNAP and Parti Bansa Dayak Sarawak (PBDS, an offshoot of SNAP) contested using their own party symbols.

The BN Plus Formula introduced by then chief minister (now Tun Pehin Sri) Abdul Taib Mahmud allowed PBDS to remain in the coalition as the ‘Plus’ in the state government while the components remained PBB, SUPP and SNAP.

In 1987, Sarawak BN led by Taib faced its biggest challenge after a snap election was called following the Ming Court Affair political crisis.

Sarawak BN managed to win 28 seats against 20 won by Maju Group and received the mandate again to form the government, but its popular vote declined from 59.17 per cent to 55.24 per cent.

PBDS, which had won 15 seats, then saw eight assemblymen crossing over to Sarawak BN while Permas which had won five seats also saw one assemblyman defecting.

In 1991 state election, the Taib-led Sarawak BN performed better after winning 49 out of the total 56 seats. The other eight seats were won by PBDS.

A year later, PBDS decided to rejoin Sarawak BN and was readmitted into the alliance on June 1, 1994. This meant that all 56 seats in the State Legislative Assembly (DUN) then were under Sarawak BN.

For the 1996 state election, a total 62 seats were contested following the addition of six new seats.

The Taib-led Sarawak BN won 57 of the 62 seats including 19 which were uncontested. Democratic Action Party (DAP) made a breakthrough by winning three seats while independent candidates won two.

The 2001 state election saw the Taib-led Sarawak BN performing better by winning 60 of the 62 seats, including four which were won unopposed. DAP only won one seat, while another seat was won by an independent.

The 2006 state election, where number of seats had been increased to 71, saw the Taib-led Sarawak BN contesting with Sarawak Progressive Democratic Party (SPDP) and PRS as new component parties following the deregistration of PBDS, while SNAP contested as opposition.

The Sarawak BN again won by landslide victory, securing 61 of the seats including two which were uncontested.

That election however saw SUPP losing in eight of the 19 seats contested, DAP increased its seats to six, while PKR made a breakthrough in winning one seat.

SNAP managed to win one seat, while the other seat was won by an independent.

The 2011 state election four years later, which was the last one that Taib led Sarawak BN, saw the alliance’s seat tally reduced to 55.

SUPP only managed to win six of the 19 seats contested, and those defeated include then party president Datuk Patinggi Tan Sri Dr George Chan.

The opposition Pakatan Rakyat coalition managed to win 15 seats (12 by DAP and three by Parti Keadilan Rakyat or PKR), while an independent candidate managed to retain Pelagus.

Five years later, it was Adenan who led Sarawak BN in the 2016 state election, when the state seats had been increased from 71 to 82.

It was one of Sarawak BN’s best showing as the alliance won 72 of the seats, including two which were unopposed, while PH won the remaining 10 seats.

The vote swing to Sarawak’s BN was largely attributed to the ‘Adenan factor’, as the then chief minister introduced a slew of people-oriented policies, such as abolishing tolls, lowering ferry fares, reducing electricity tariffs, recognising the UEC (Unified Examination Certificate) and defending Sarawaks constitutional rights after taking over the top post in early 2014.

The untimely demise of Adenan in January 2017, seven month after the 2016 polls, saw Abang Johari taking over Sarawak BN leadership upon appointment as the sixth chief minister.

Fast forward to this year, seven of those victorious BN direct candidates are now in PBB which brought the party’s seat representation to 47.

GPS has been established to replace Sarawak BN. At the time of writing, there are still seats with overlapping claims among the component parties which had yet to be resolved.

Four of the victorious BN direct candidates in 2016 will be defending their seats under PSB joining two former PKR assemblymen who have also joined the party.

Will PSB join forces with PH to provide a formidable challenge GPS? Or will Perikatan Nasional (PN) come and join the already congested state election? We shall see in days to come.