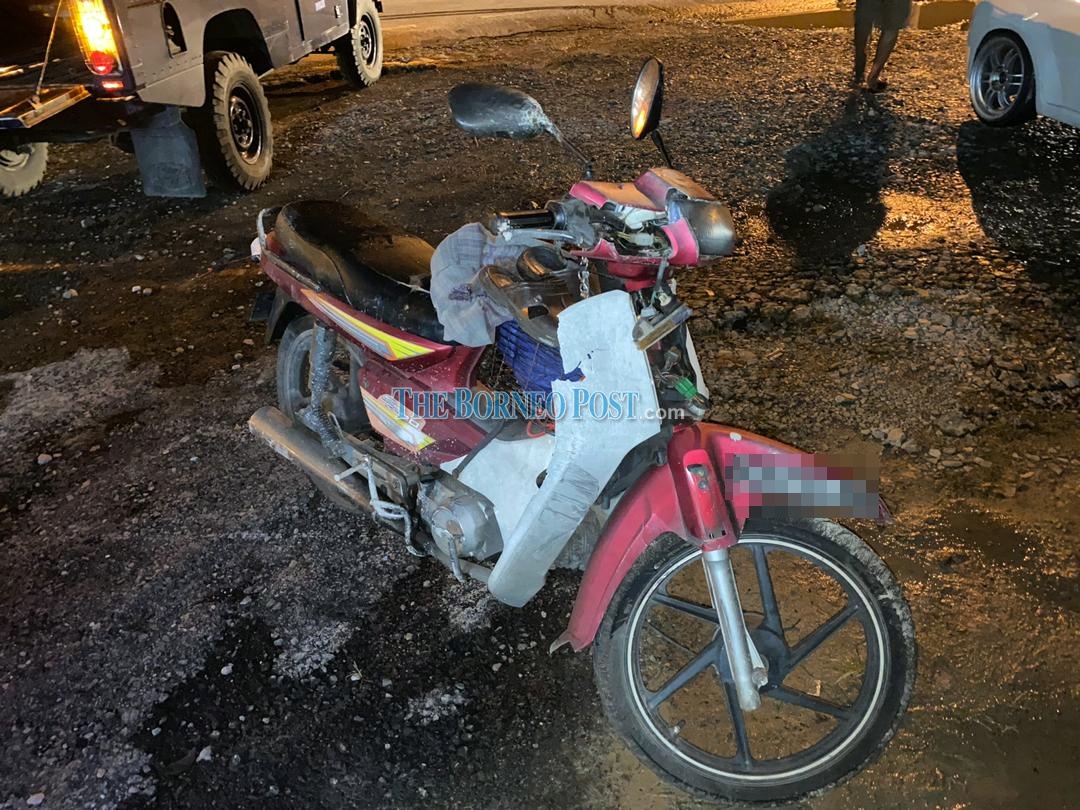 The deceased’s motorcycle at the scene of the accident.

KUCHING (Nov 22): The police are currently tracking down the driver of a Proton Wira after he is believed to have been involved in a fatal hit-and-run at Jalan Matang-Malihah around 7.40pm last night.

Sarawak Traffic Investigation and Enforcement chief Supt Alexson Naga Chabu said the suspect was said to be overtaking a car in front of him when he suddenly swerved back to his original lane.

“The suspect who clipped the front right fender of the car that he overtook then collided with the motorcycle that was in front of the car,” said Alexson in a statement.

He said the motorcyclists who was flung to the side of the road was pronounced dead by a medical personnel at the scene and has been identified as Joseph Aw, 58-year-old from Jalan Chawan.

Alexson added that the driver of the car and his passenger were not physically injured in the accident.

He said that all three vehicles were heading towards Malihah from Matang.

The deceased’s body has since been transferred to the Sarawak General Hospital’s morgue for further action and the case is currently being investigated under Section 41(1) of the Road Transport Act 1987.