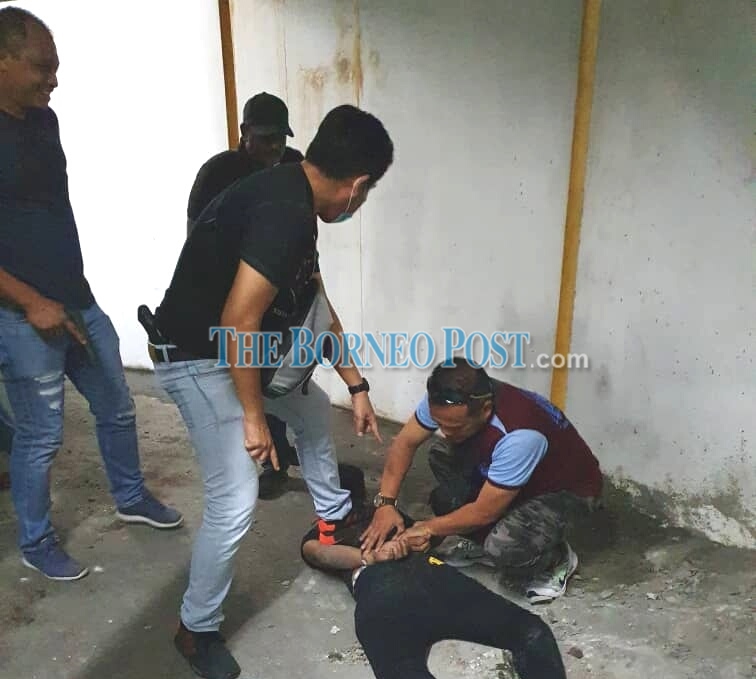 SIBU: The police have arrested a 22-year-old unemployed man suspected of stabbing a security guard at Sibu Central Market yesterday.

Sibu police chief ACP Stanley Jonathan Ringgit who confirmed the arrest, said police also seized a foldable knife, believed to have been used by the suspect in the incident that happened at about 4.20pm at Sibu Central Market multi-storey car park.

“We believe the suspect had attempted to rob the victim but got panicked when he realised his presence was realised by the victim.

“The suspect was later arrested within the same building,” he said in a press statement today.

According to Stanley, the suspect will be remanded and undergo a urine test today.

In the incident, the victim suffered injuries after he was allegedly stabbed by the suspect in the back using an object.

The suspect then fled the scene and the victim tried to chase after him but failed.

Police later received a call from the members of the public informing them of the incident.

The victim had undergone an operation in Sibu Hospital last night.

The case is being investigated under Section 394 of the Penal Code for robbery.