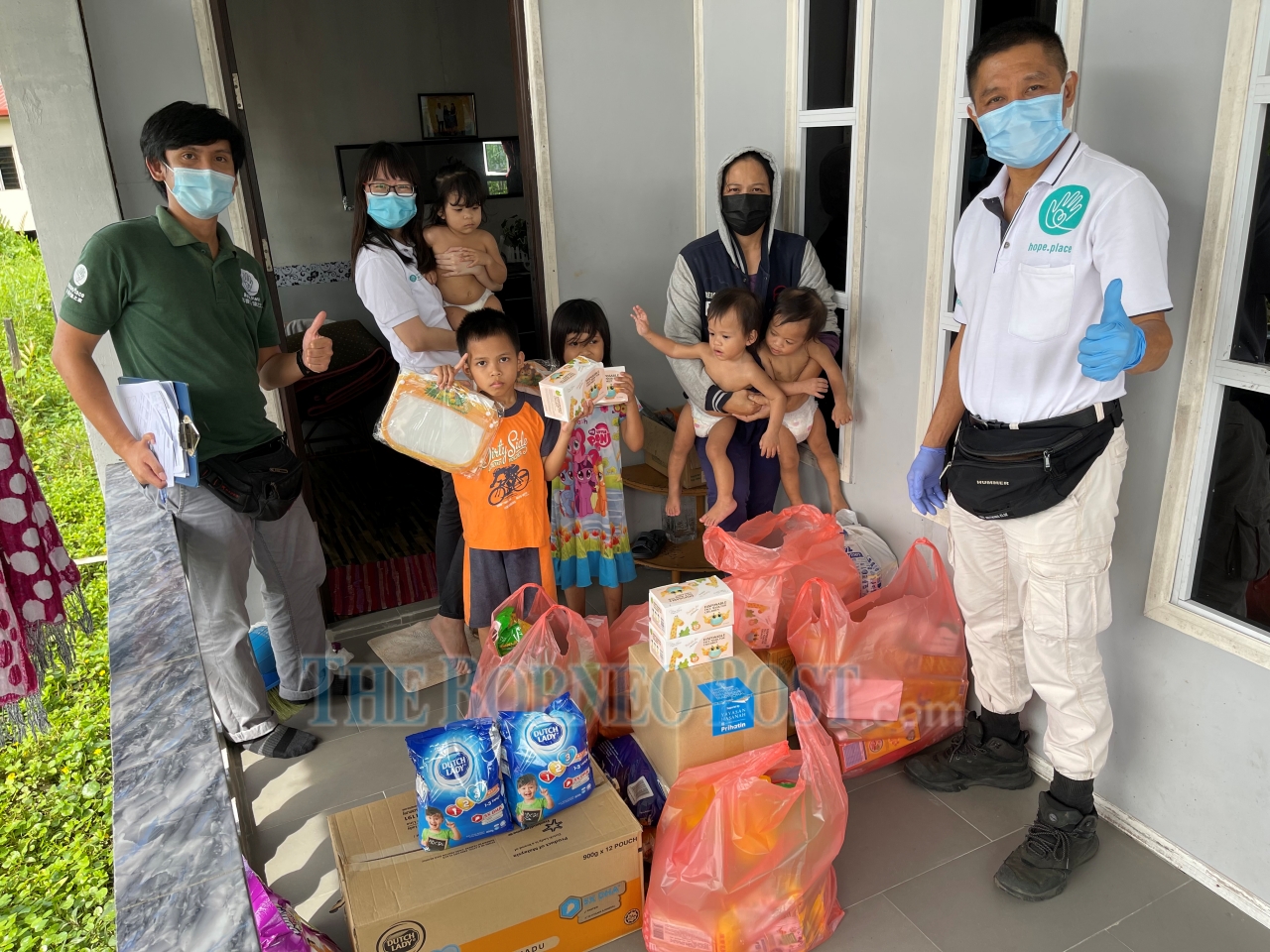 Norazlina (second right) holds her babies and surrounded by her other children in a photo call with Hope Place founder Kelvin Wan (left).

KUCHING (April 9): Hope Place has come to the aid of an unemployed single mother Norazlina Nasir, 35, and her six children.

Hope Place said in a statement yesterday they received a distress call from Norazlina asking for food aid for her and her children aged one-and-a-half to nine years old.

They are putting up a a friend’s house in Jalan Foochow here because they do not have one. Norazlina also could not look for a job as she has to look after the children. She also has no one to turn to except for a friend whose house they are putting up at.

She said she did receive a one-off contribution of RM2,000 from Baitumal in November last year which she used to pay for the rent and food for the family.

Hope Place is helping Norazlina with basic food aid and milk powder for her children.
Hope Place (Persatuan Kebajikan Harapan Kuching) can be reached at 082-505987.

Their opening hours are from 8am to 5pm from Mondays till Fridays, and from 8am to noon on Saturdays.

All donations are welcome and receipts will be given upon request.