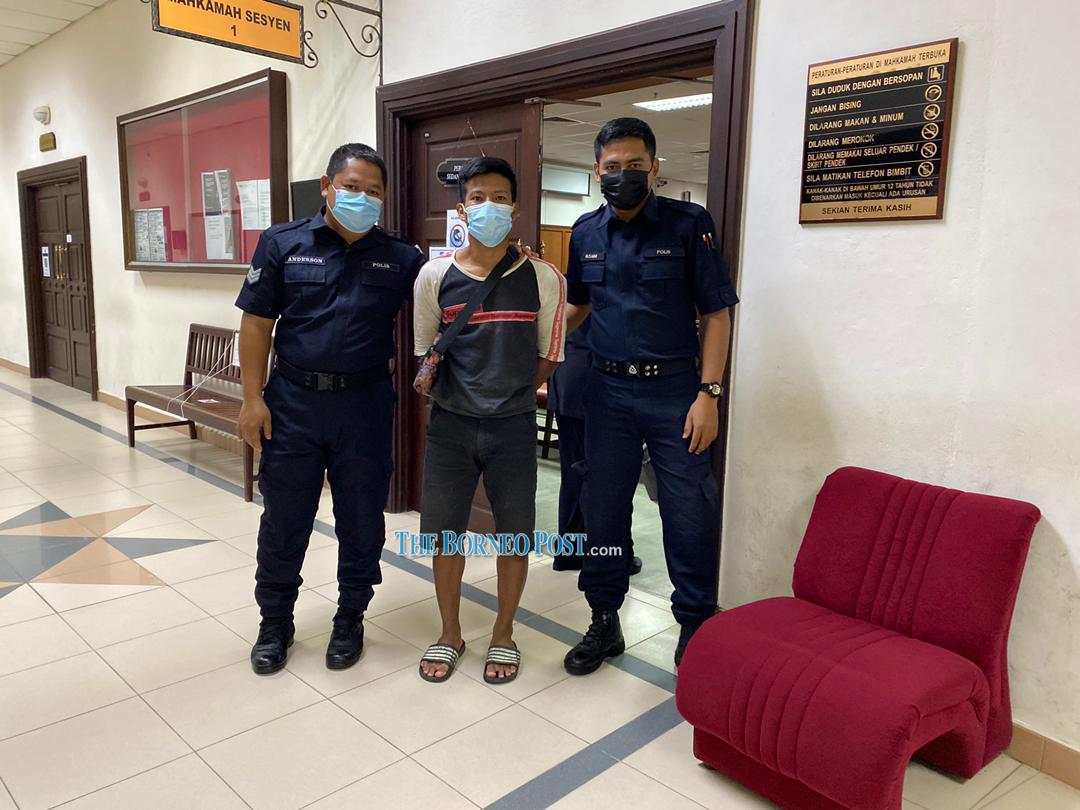 Carlos is escorted by policemen after his sentencing.

KUCHING (June 11): The Sessions Court here today sentenced a lorry attendant to eight years in prison after he pleaded guilty to raping a 13-year-old.

Carlos had the charge under Section 376 (1) of the Penal Code read to him by a court interpreter.

According to the charge sheet, he raped the victim at his residence in a Padawan village between 12.30am and 9am on May 26.

He is said to have befriended the victim through social media three days prior to the incident.

The victims father lodged a police report after seeing Carlos and his daughter leaving on a motorcycle around 12.30am on May 26.

The father said Carlos dropped off the victim at their home later that morning.

When questioned, the victim admitted she and the accused had had sexual intercourse.

Carlos, who was unrepresented by counsel, had earlier appealed for leniency.

However, the judge said there was no reason to allow a lenient sentence as Carlos should not have gone out with a minor for such purposes.