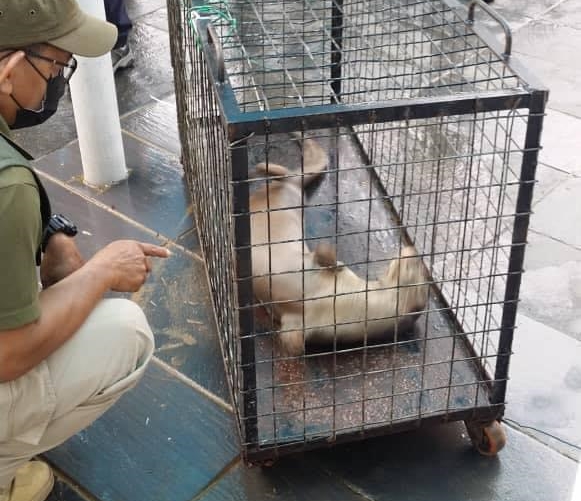 The otter in a cage after it was caught. – Photo by Sarawak Forestry Corporation/Facebook

KUCHING: An otter has been caught this morning after it wandered into the Kuching South City Council (MBKS) building at Jalan Padungan here.

Sarawak Forestry Corporation (SFC) on its Facebook page said the otter had been handed over to it’s Swift Wildlife Action Team.

“We will release it back to its natural habitat as otters are a protected species under the Wildlife Protection Ordinance, 1998,” it said.

SFC advised the public to inform it, if any wildlife is seen near them. 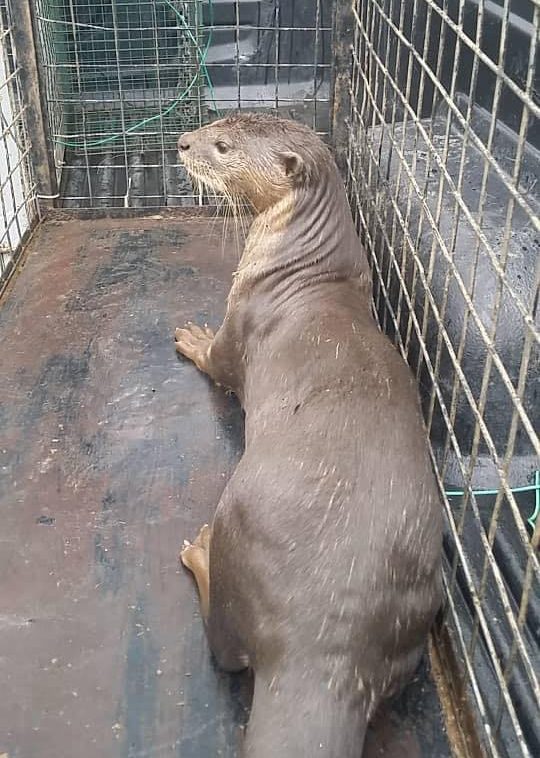 The otter will be returned to its natural habitat. – Photo by Sarawak Forestry Corporation/Facebook

Several locations in Kuching have been hit by floods since Tuesday as heavy rain pummelled the state capital continuously.

Otters have been spotted in the Sarawak River near Padungan and it is likely that the otter at the local authoritys building had lost its way in the flood.