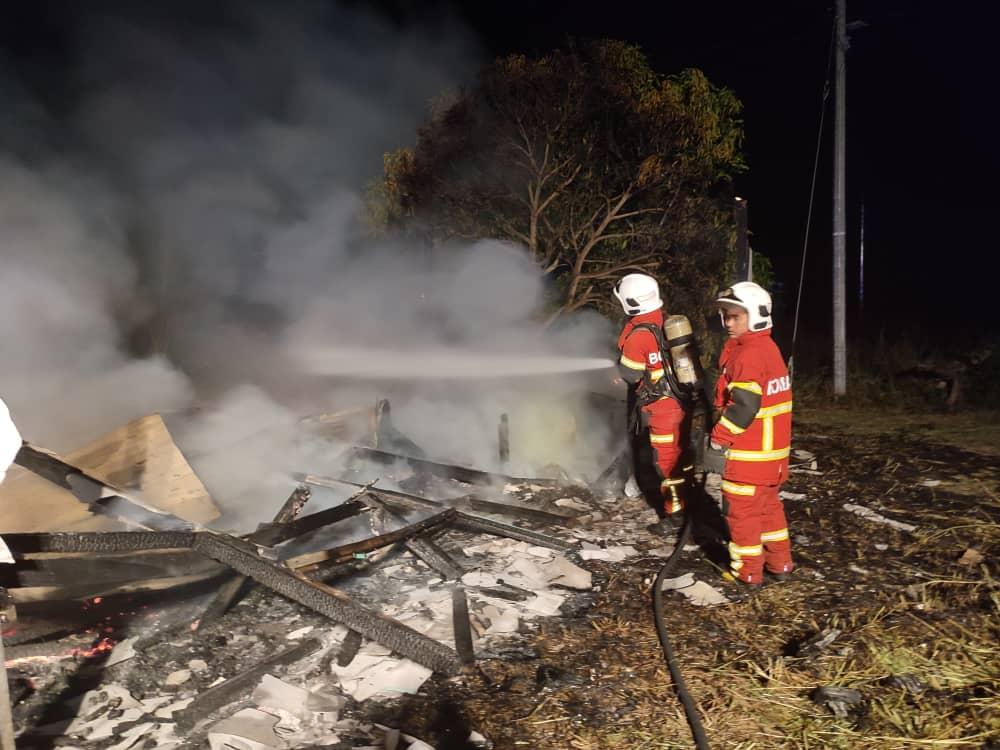 In the first incident, a single-storey wooden house in Kampung Sungai Plan, Tanjong Kidurong was razed to the ground.

The wooden house, measuring 16 feet by 26 feet, was already destroyed when we reached the scene, he said in a media statement.

Christus said they received a distress call at 7.28pm and also assigned six firefighters to the scene, which is about 24km from the station.

However, the fire had already destroyed the wooden house by the time we arrived at the scene, he added.

The operation ended at 8.19pm after the flames were completely extinguished.

The cause of both fires and the total losses suffered have yet to be ascertained.