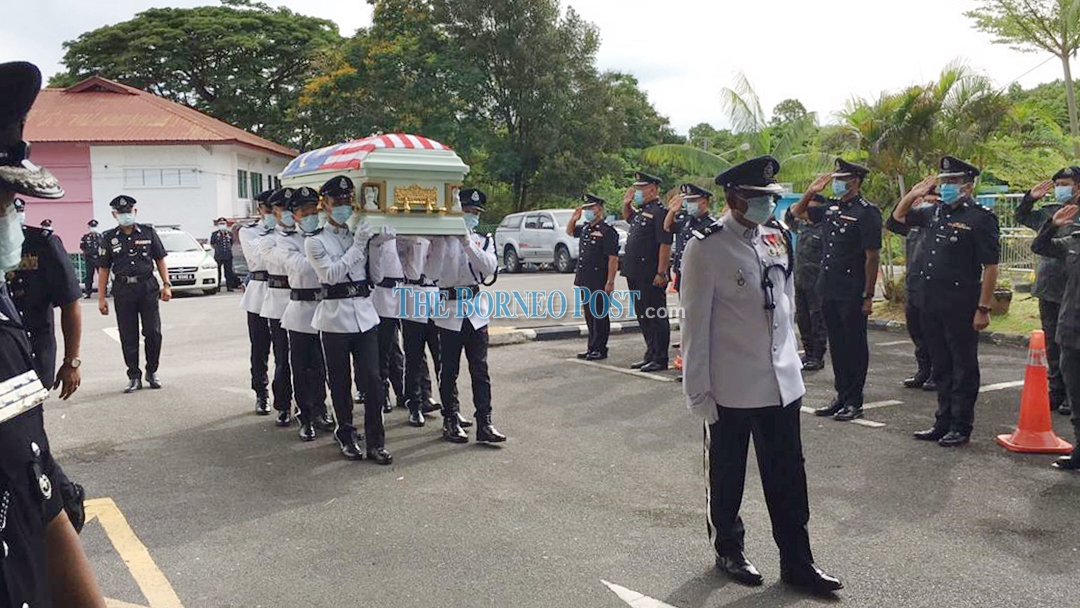 Police pallbearers lift the late Ngalinuh’s coffin onto their shoulders as they make their way to the church for the funeral service.

The cortege left Ngalinuhs residence for the lying-in-state ceremony at around 8am and arrived at the church an hour later, where a team of police pallbearers carried the coffin into the church building for the funeral service.

Sinah later led the attendees, including immediate family members, head of departments and members of the public in paying their last respects to Ngalinuh. 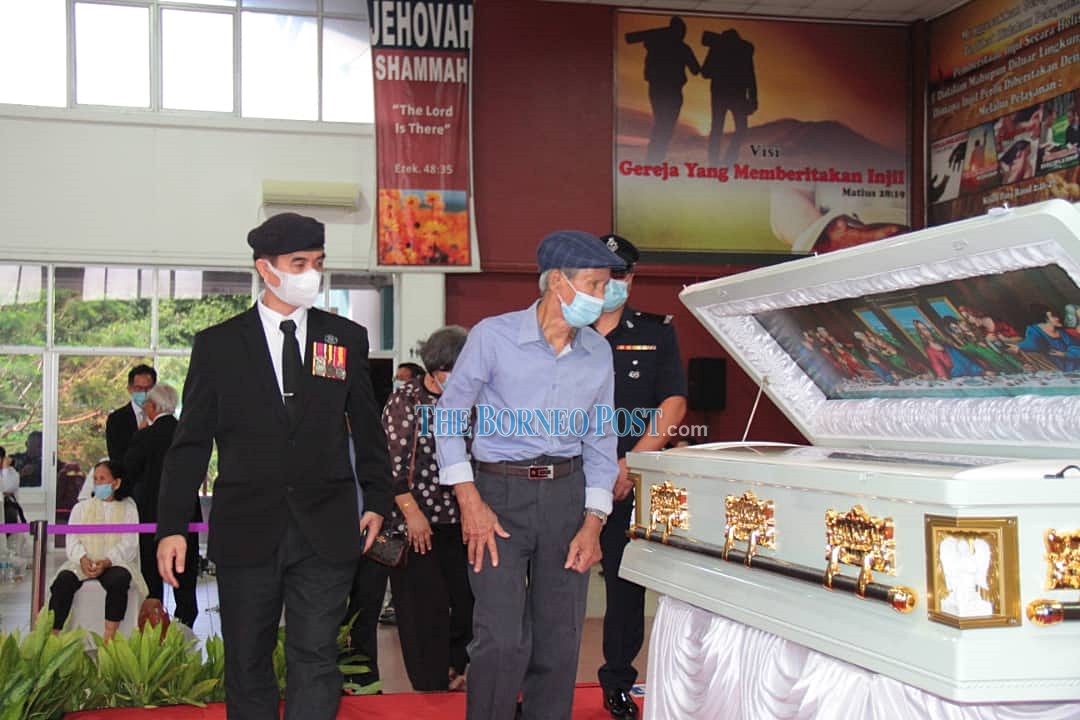 Sole SP survivor Etim paying his last respects to his former platoon leader, the late Ngalinuh at the funeral.

Corporal Etin Bijam, the sole surviving recipient of the SP award, was also present at the state funeral service.

The ceremony will resume around 2pm with a eulogy by Ngalinuhs brother-in-law Tillai Bala, which will be followed by speeches from Pemanca Freddy Abun, Sarawak Police Commissioner Datuk Aidi Ismail, Gerawat and Ngalinuhs son Elvis Bala.

Ngalinuh was a sergeant and platoon leader with the 15h Battalion of the Police Field Force under Royal Malaysia Police when he and his team were attacked by a large group of communist guerrillas in Sibu on April 29, 1972.

The guerrillas, attacking from a vantage point, pinned down the convoy of a small group of armed escorts guarding a shipment of explosives to a PWD quarry at Jalan Ulu Oya.

After the initial attack, all the men scrambled out of the lorry and ran for cover to a nearby bulldozer which had been left there by PWD personnel carrying out road works.

Cornered behind the vehicle, Sgt Ngalinuh and Corporal Etim decided to counter-attack with a coordinated split charge at one of enemys position.

In the ensuing fire fight, Ngalinuh was shot in the right thigh while an enemy was killed.

The heroic duo and their comrades held their ground to prevent the explosives from falling into the hands of the attackers who retreated after reinforcement from a patrolling PFF platoon arrived to help. An unknown number of enemy combatants were either killed or injured as there were blood stains at the scene from the fleeing group.

Both Ngalinuh and Etin received the SP medals awarded by the Yang Di-Pertuan Agong on July 6, 1972.