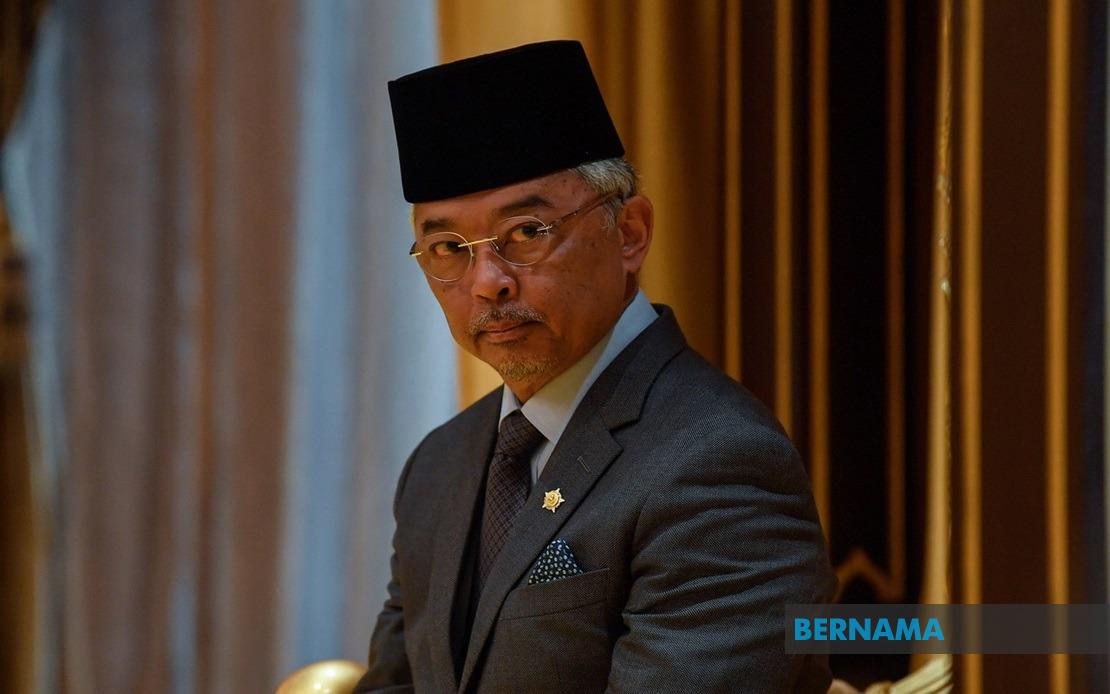 Comptroller of the Royal Household ofIstana NegaraDatuk Ahmad Fadil Shamsuddin in a statement today said His Majesty also advised all people to maintain good health and stay united in creating a safe environment to curb the pandemic.

His Majesty is of the opinion that the irresponsible attitude of certain quarters in defying the standard operating procedures and regulations set (to curb Covid-19) would only bring harm to the community and jeopardise the national recovery plan.

As such, His Majesty advises the people to try to understand that efforts to curb the pandemic need social cohesion and cooperation of the people, leaders and government, by setting aside political beliefs and disputes, to develop a strongsymbiosis among all quarters tofree the country from the pandemic, he said.

He said Al-Sultan Abdullah also expressed gratitude that, as the countrys celebrated its 64th anniversary of Independence, the peoples unity and harmony remained as the strong foundation to maintainstability, peace and prosperity in the country.

His Majesty also called on the people to look back to six decades ago when the spirit of patriotism and the love for the country had brought the people together to break free from the colonial rule andthe much-desired independence became a reality.

His Majesty also expressed the view that if such spirit of patriotism can be re-inculcated and revived among the people of today, the country will also be able to be free from the threats of Covid-19 forever,” said Ahmad Fadil.

He said in line with the theme of this years Independence Day celebrations, that is Malaysia Prihatin (Caring Malaysia), Al-Sultan Abdullah also called on the government to continue formulating and lining up action plans to help the people affected by Covid-19 and restore a healthy economic climate.

Al-Sultan Abdullah said the people should continuously be protected and empowered to face the negative impacts of the pandemic.

His Majesty also wants the National Covid-19 Immunisation Programme to be intensified to enable the country to achieve herd immunity, and the people to continue upholding the principle of Malaysia Prihatin by getting vaccinated to protect themselves, their families and their communities, he said.

The King also expressed gratitude to all frontliners from the health sector, security forces and civil service, as well as volunteers and individuals who had contributed to the community and the country in general, he said.

Ahmad Fadil said Al-Sultan Abdullah and Raja Permaisuri Agong Tunku Hajah Azizah Aminah Maimunah Iskandariah also prayed for the country to continue to be blessed and protected by Allah and also spared from calamities and harmful impact of Covid-19.

Al-Sultan Abdullah also wished Happy National Day to all Malaysians in the country and abroad.

His Majesty also expressed the highest gratitude to Allah for the opportunity granted to him and all Malaysians to celebrate the National Day this year, Ahmad Fadil added. – Bernama