Nanta: Msia will engage Singapore on resuming export of poultry products after DVS confirms no SE at Linggi farm 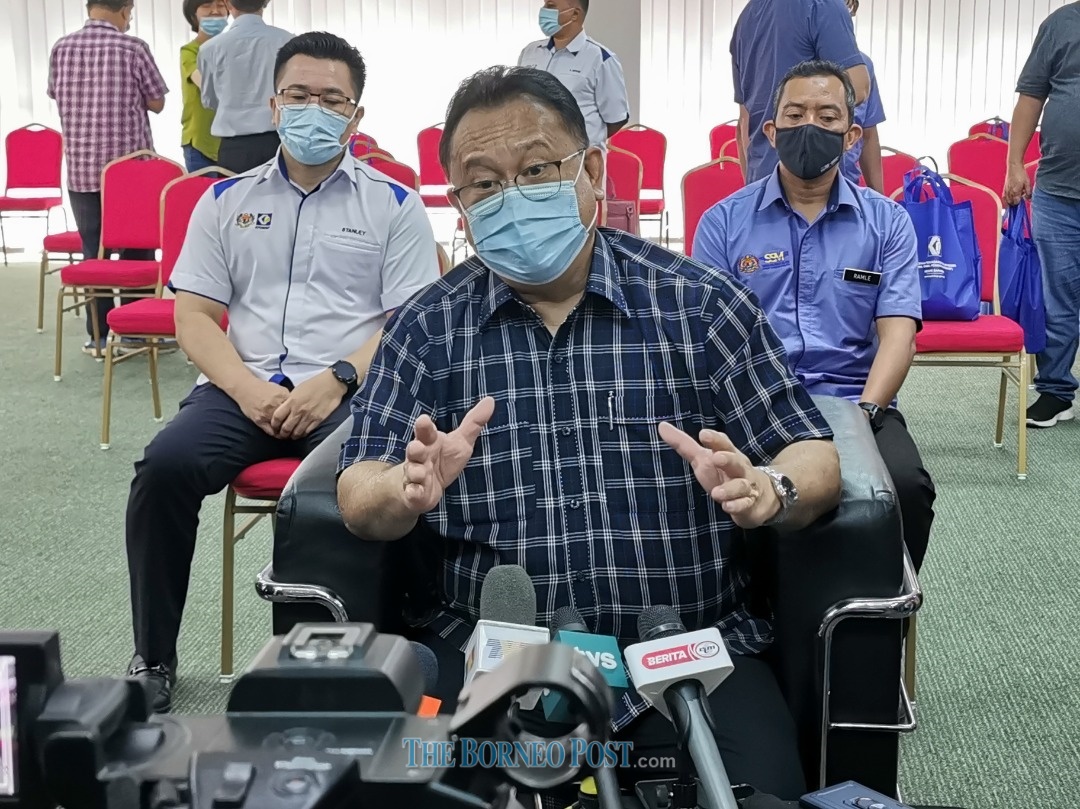 Nanta speaking at a press conference after officiating a Malaysia Prihatin programme at the Federation of Chinese Associations Sarawak premises at Jalan Pending. Photo by Roystein Emmor

KUCHING (Apr 3): The Malaysian government will reach out to Singapore after the Department of Veterinary Services confirmed that no Salmonella Enteritidis (SE) bacteria was detected in eggs from the Linggi Agriculture farm, said Dato Sri Alexander Nanta Linggi.

The Minister of Domestic Trade and Consumer Affairs said he respected the decisions concluded by the Department of Veterinary Services, after investigations confirmed that the eggs from the farm located in Melaka were cleared of the bacteria.

Our priority right now is to make sure the eggs produced are cleared of the bacteria, as confirmed by our Department of Veterinary Services.

As on whether we will resume export of the poultry product to Singapore, it will depend on the situation and we have to engage closely with our Singaporean counterparts, following the latest findings of the Department of Veterinary Services, said Nanta at a press conference after officiating a Malaysia Prihatin programme at the Federation of Chinese Associations Sarawak premises at Jalan Pending here today.

The minister said there was no need to rush the matter as it concerned the health interest of consumers.

Last month, it was reported that the Singapore Food Agency had ordered four importers to recall the eggs from Linggi Agriculture Sdn Bhd due to the detection of SE bacteria in the eggs.