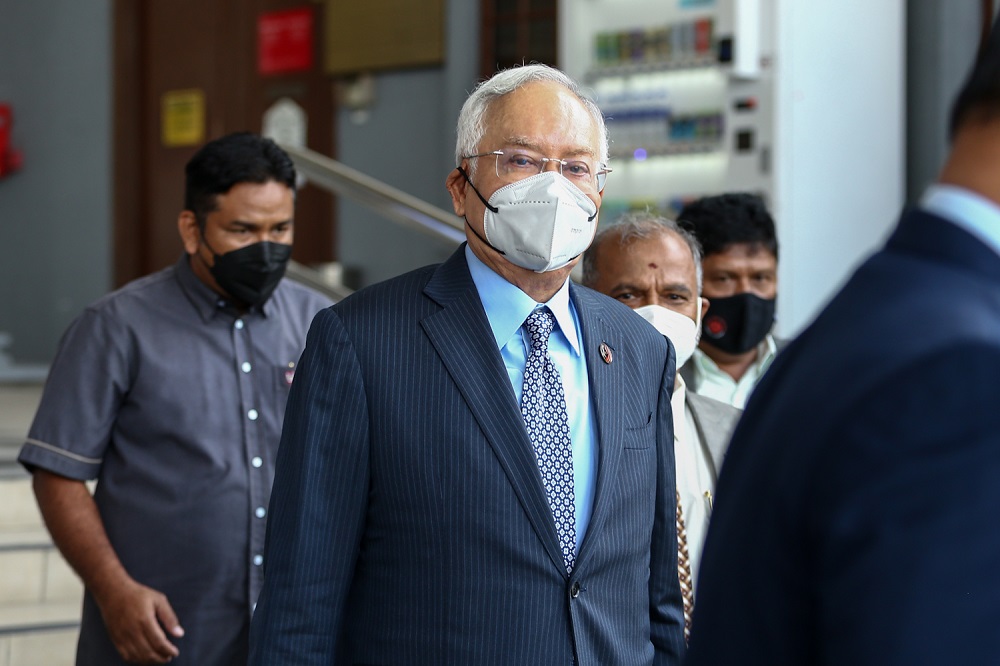 Lim Poh Seng, 51, said this while testifying as the 18th prosecution witness in former prime minister Datuk Seri Najib Razaks trial over the misappropriation of more than RM2 billion of 1MDBs funds.

Lim is the general manager of B&M Consultancy Services Sdn Bhd and oversees the day-to-day operations of the firm which provides corporate secretarial services, and has been with this firm since 1999.

Asked by Najibs lawyer Wan Aizuddin Wan Mohammed how his acquaintance with Low started, Lim explained: He approached us to render some corporate services work to some companies he recommended.

While Lim said he could not recall the year Low had gave such recommendations or which companies the latter had recommended, he confirmed that this was before he started working with TIA.

Wan Aizuddin: Is this engagement by Low Taek Jho before or after you started your services with TIA?

Lim: It would be before.

Wan Aizuddin: So even before you were involved with TIA, you have already been acquainted with Mr Low Taek Jho?

Lim: To my vague recollection, yes.

Before TIA was officially incorporated as a company in February 2009 and, Lim confirmed that he did attend one of TIAs steering committee meetings that were held, after being asked by Low to attend. (The TIA steering committee was formed in late 2008 to discuss the setting up of TIA.)

Wan Aizuddin: Can you tell this court how did you come to be involved with TIAs steering committee?

Lim: If I recall, Low Taek Jho asked me to attend and take minutes.

Lim however said he could not recall when asked whether he imposed any payment for the services of attending and recording the minutes of the meeting, or whether he had asked for further details about the nature of the meeting.

Confirming that he had assisted in incorporating TIA in February 2009, Lim stressed that it was not an individual who had appointed him as TIAs company secretary and that it was instead a collective decision by the TIAs board of directors.

Wan Aizuddin: Do you recall who from TIA had offered you this position to be the company secretary?

Lim: It was the board of directors.

Wan Aizuddin: Was it not Low Taek Jho after you are done with your duties in the steering committee who had offered you a permanent position to be company secretary in TIA?

Lim: No, my appointment was approved by the board of directors.

Wan Aizuddin: Yes, I understand the whole formality and documentation and procedure in appointing company secretary, but Im asking you, who was the person, the individual who had approached you for B&M to be appointed as company secretary for TIA?

Lim: No, there was no individual person, it was the board collectively.

Lim continued to be the company secretary of 1MDB until his resignation on March 31, 2011, where he was replaced by Goh Gaik Kim from that day onwards until April 1, 2016.