Najib: Malaysians would be better off now if GST was still in force 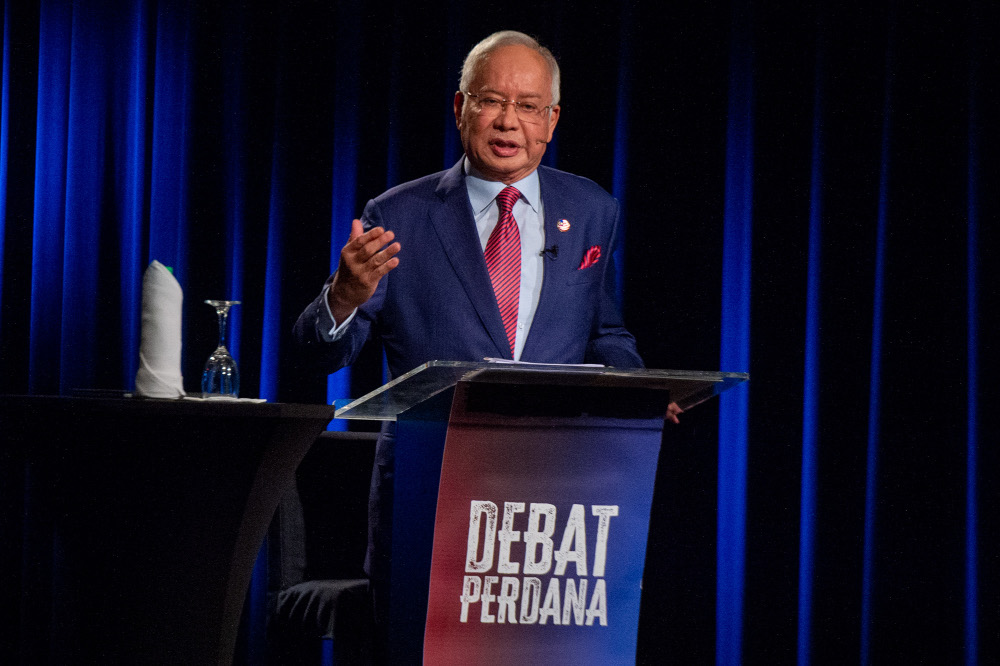 KUALA LUMPUR (May 12): Malaysians would be better off now if the Goods and Services Tax (GST) was still around, said former prime minister Datuk Seri Najib Razak.

He claimed GST would have given Malaysia an additional income of RM30 billion, which would have then been used as aid for the people during these trying times.

For me, we would be better off now if GST were still around, he said during tonights Debate Perdana with PKR president Datuk Seri Anwar Ibrahim.

The unpopular GST policy was announced in 2016 by Najibs administration and was used as a rallying point by the Opposition during campaigning for the 2018 general election.

It was discontinued once the Pakatan Harapan administration came to power and replaced with the lower percentage Sales and Services Tax (SST). – Malay Mail