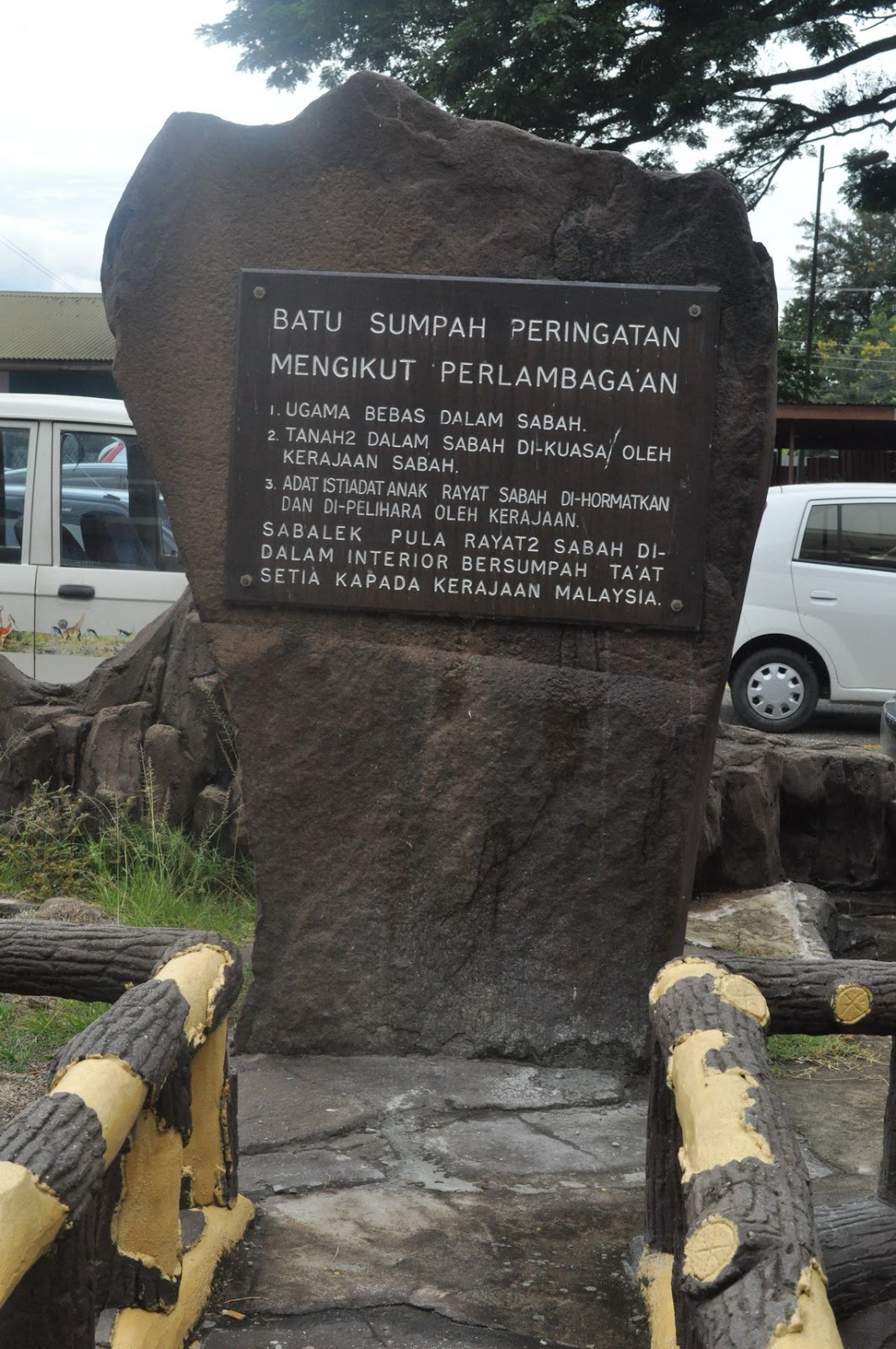 The Oath Stone in Keningau.

KENINGAU (Jan 15): The Sabah State Museum has been asked to add the historical facts behind the laying of the Oath Stone here by including the sacrifices of the villagers’ energy to help the then District Officer, Richard Lind (Tan Sri).

Assistant Minister of Works Datuk Robert Tawik @ Nordin said the additional notes could be placed in the museum gallery (including in Keningau) in the Oath Stone exhibition space for the reference of students and the new generation.

“At least four youths in Kg Senagang were involved in lifting the Oath Stone from Mosolog river but it was never mentioned in official records,” said Robert, who is also Bingkor State Assemblyman and Parti Solidariti Tanah Airku (STAR) Sabah deputy president.

According to Robert who is also the Vice President of the Kadazan Dusun Cultural Association (KDCA), the addition of such facts is a normal process in completing historical data.

In an article by Mohd Khairy Abdullah published by Bernama (14/9/2018), it was mentioned that the four youths involved were John Rijimin Sukah, Ingui Taik, Sintan Damatang and Yusef Yabung.

It is said that the four youths lifted the megalithic stone two meters high, 24 centimeters thick and 1.5 meters wide from the Mosolog River in Kg Senagang.

Rijimin, 81, who died a few days ago, was quoted as saying that the four of them (now all are deceased) fought for their lives for 11 days digging and landing the large rock that was buried a meter from the bottom of the Mosolog River.

“But there is no record of our involvement as the ‘first people’ to touch the stone that sealed part of the 1963 Malaysia Agreement (MA63),” Rijimin was quoted as saying by Khairy.

Rijimin was further quoted as saying that the effort to lift the stone from the river to the land began on Nov 2, 1962, done carefully to ensure the originality was maintained after being excavated for seven days using human energy.

Rijimin explained they dragged the rock to the river bank manually and were only able to move six inches per hour in very tiring conditions.

Meanwhile, Wiranita STAR Melalap chief Alviana Linus hoped that a monument could be developed near the river to commemorate the residents of Kg Senagang who were directly involved in the 1963 proclamation of the Federation of Malaysia.

Meanwhile, Liawan Assemblyman Datuk Annuar Ayub Aman when contacted, gave a positive reaction on the proposal to develop the monument.