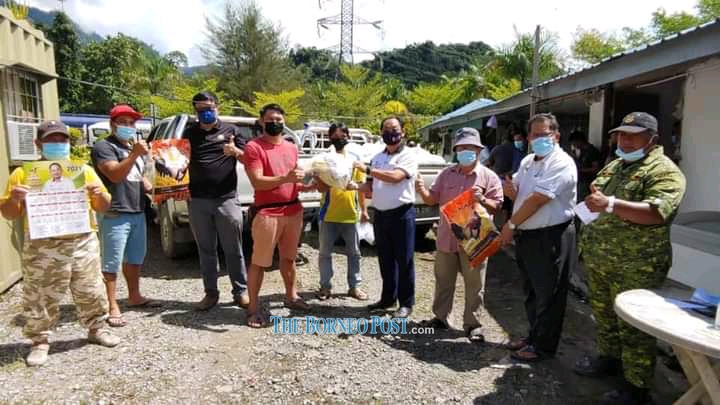 Chukpai (fourth right) hands over a food basket to a recipient.

A total of 545 households from 11 longhouses in Tegulang, Metalun, and Linau zones received their food baskets at Aloi Canteen, Murum junction.

Murum assemblyman Kennedy Chukpai Ugon said over the past week food assistance had been distributed to 4,991 households, involving 126 longhouses and villages in Tubau, Asap, and Murum.

Chukpai said he hoped the food assistance would help ease the burden of the targeted groups during the Movement Control Order.

I would like to thank the state government, especially Chief Minister Datuk Patinggi Abang Johari Tun Openg for the initiative, he said.

He also extended his appreciation to the disaster management committees in Bintulu, Sebauh, Kapit, and Belaga for their cooperation and coordination, as well as other strategic partners of the State Disaster Management Committee in distributing the food baskets.