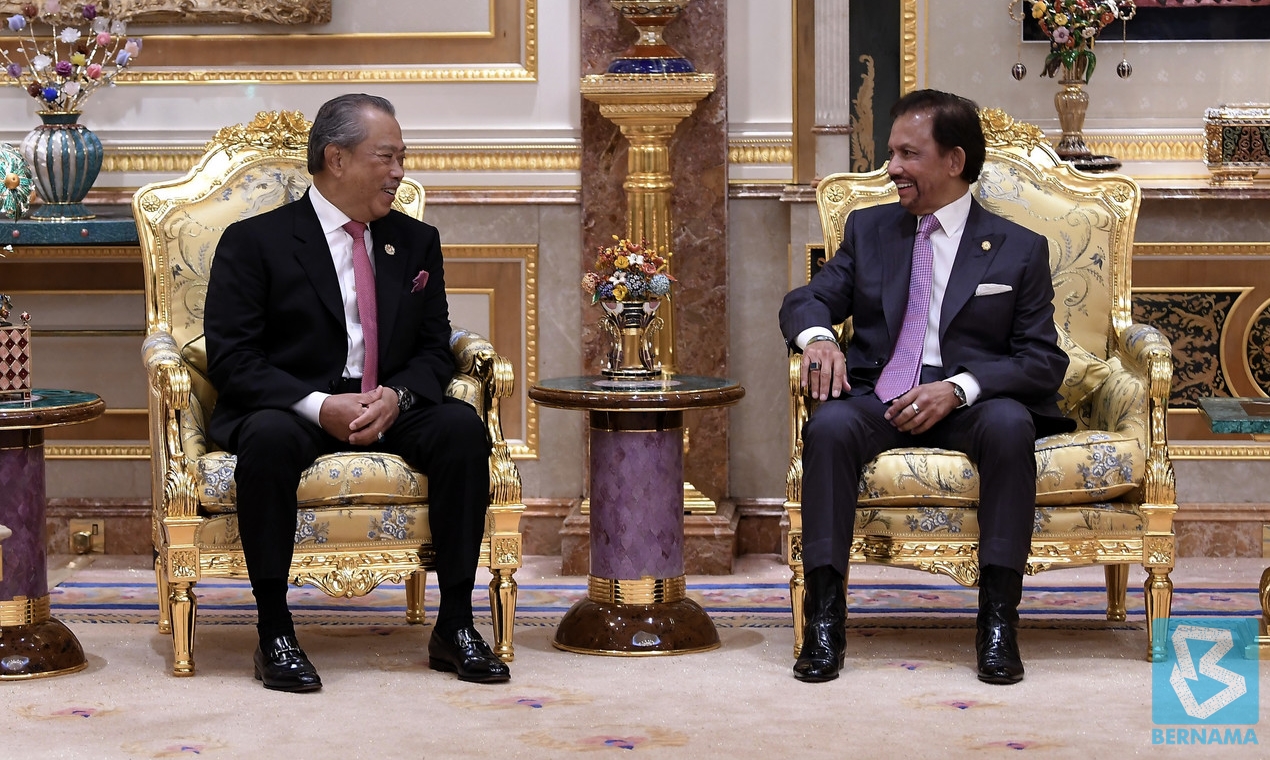 The four-eyed meeting is being held at Istana Nurul Iman. Sultan Hassanal Bolkiah is also the prime minister of Brunei.

The discussion is on the progress of the ongoing special relations, further enhancing bilateral ties and post Covid-19 cooperation.

These, among others, will include discussions on the establishment of the Reciprocal Green Lane (RGL) Arrangement, initiating cooperation on vaccine diplomacy between both countries and promotion of closer economic cooperation as well as regional and international issues.

Muhyiddin is on the final day of atwo-day official visit to Brunei in conjunction with the 23rd Malaysia-Brunei Darussalam Annual Leaders’ Consultation.

Later, Muhyiddin and His Majesty will witness the signing of a Memorandum of Understanding (MoU) and an agreement.

Thereafter, Muhyiddin will attend a ‘Santap Rasmi’ (luncheon) to be hosted by Sultan Hassanal Bolkiah at the palace before concluding his official visit. – Bernama