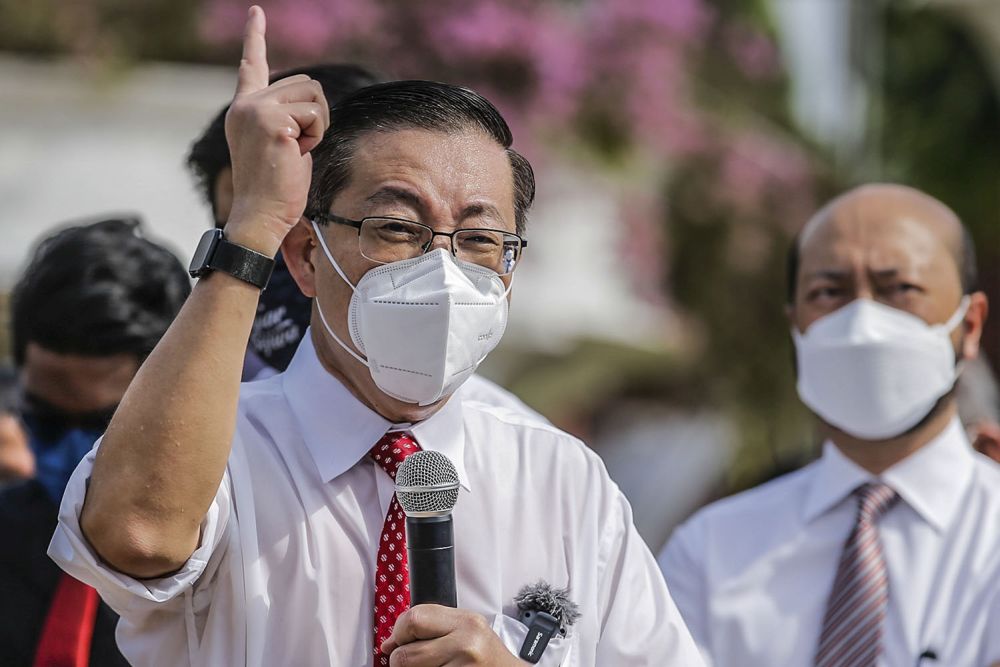 A bipartisan National Economic Turnaround Plan is urgently needed to help distressed Malaysians and businesses losing their jobs, businesses and incomes from the economic recession that has caused more than RM500 billion in losses since the MCO or MCO 1.0 in March 2020.

A RM45 billion direct fund injection must be accompanied by a waiver of interest on the bank loan moratorium for the remaining three months of the year, except for the Top 20, Guan Eng, a former finance minister said in a statement.

The DAP secretary-general also suggested the new government set aside RM30 billion in grants, monetary incentives, wage, rent and utility subsidies instead of offering loans and guarantees to Malaysians.

He suggested budgeting another RM6 billion as wage and hiring incentives to create 300,000 new jobs in the depressed Covid-19 market and increasing the monthly welfare aid to RM1,000 per person.

Guan Eng also said politicians should set aside their partisan differences and work together in the face of the current Covid-19 crisis that has taken a heavy toll on the country with caseloads numbering around 20,000 a day.

He said there needs to be constitutional reforms as under the former Perikatan Nasional government the death toll and cases have risen while the people have lost their way of earning an income due to the various forms of lockdown.

Guan Eng said with no parliamentary session there was no accountability and said moving forward they only need to concern themselves about the peoples welfare and not fight for political power.

Putting Malaysian lives and livelihoods first over and above the selfish political interests requires all of us to adopt a fresh start and not repeat the failure of the previous government.

As Albert Einstein said, Insanity is doing the same thing over and over again and expecting different results, he added. — Malay Mail