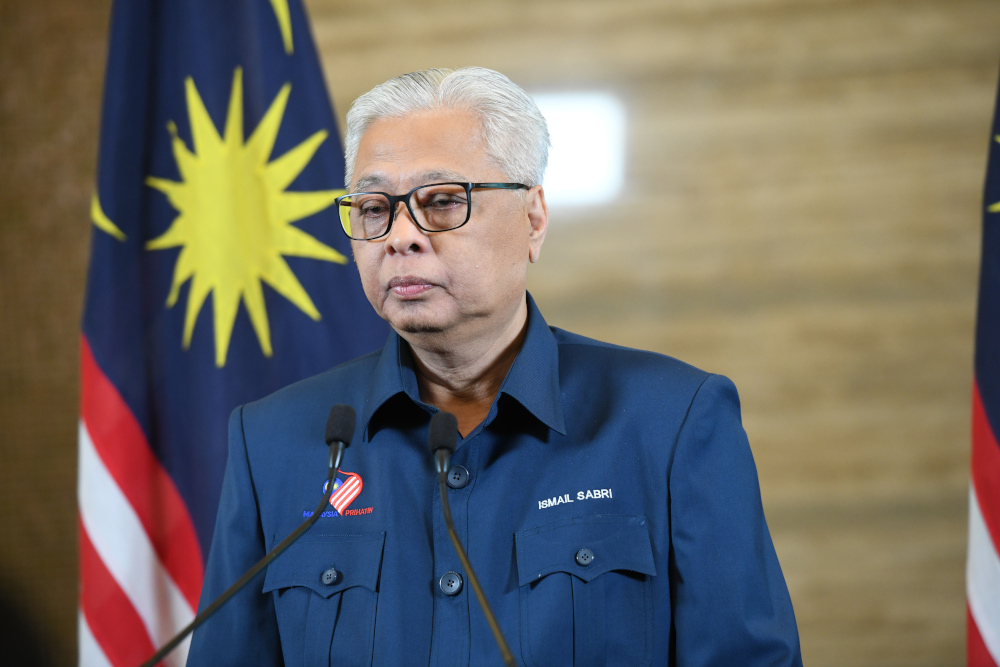 Prime Minister Datuk Seri Ismail Sabri Yaakob made an impassioned plea to Malaysians to get vaccinated, pointing to inoculation as one of the ways for the nations recovery, adding that vaccines have been proven to have a positive impact in the battle against Covid-19. Picture courtesy of Prime Ministers Office

In his speech broadcast live tonight, the newly-minted prime minister also called on Malaysians to come together to heal the country, from the Covid-19 pandemic, and to work towards economic betterment for all.

There were not just a few national heroes who fell and were vanquished while achieving and defending the independence of this country. This country is thankful for the struggles and sacrifices of all those involved, mainly the security personnel, the military and the police since then until now.

The struggle for independence after the end of the Second World War united the entire leadership regardless of political affiliation in rejecting the idea of the Malayan Union. This is, in fact, the spirit and struggle that has existed since time immemorial, with the goal of achieving independence of the country, he said, adding that the values of the countrys independence continued to be preserved and was upheld by all the prime ministers of Malaysia.

Ismail Sabri also stressed that every nation that aims to overcome its troubles must remember its history.

Individuals who know history will have a strong sense of identity and mutual respect. Most importantly, they will have a focused mind in overcoming any challenges as a big family, the Malaysian Family.

Therefore, on the 64th anniversary of the independence of our country, let us be determined to heal the country. The challenges we face today have never been faced by any leaders and governments before. We are now facing several simultaneous challenges, namely disease outbreaks and economic turmoil, where the political stability of our country and that of the world is threatened, he added.

Ismail Sabri also called on Malaysians to continue fighting the Covid-19 pandemic, labelling it as the worst enemy, adding that success in containing the problem would enable passage towards the countrys economic recovery efforts in the new normal.

I hope that with everyones help, this year will be the last year that we celebrate National Day while waging a war against the Covid-19 pandemic, he said.

He also made an impassioned plea to Malaysians to get vaccinated, pointing to inoculation as one of the ways for the nations recovery, adding that vaccines have been proven to have a positive impact in the battle against Covid-19.

On this sacred date, let us pledge to unite to restore a country that has been built regardless of religious, race and ethnicity limitations. We want to have the spirit of togetherness shown by Tunku Abdul Rahman Putra Al-Haj, Tun Abdul Razak Hussein, Tun Hussein Onn, Tun Dr Ismail Rahman, Tun Tan Cheng Lock, Tun HS Lee and Tun VT Sambanthan.

This includes figures from Sabah and Sarawak such as Tun Datu Mustapha, Tun Muhammad Fuad Stephens, Tun Abdul Rahman Yakub and Tun Temenggong Jugah on the formation of Malaysia. This is the spirit of togetherness which we need to inherit to restore and build the nation, he added. — Malay Mail