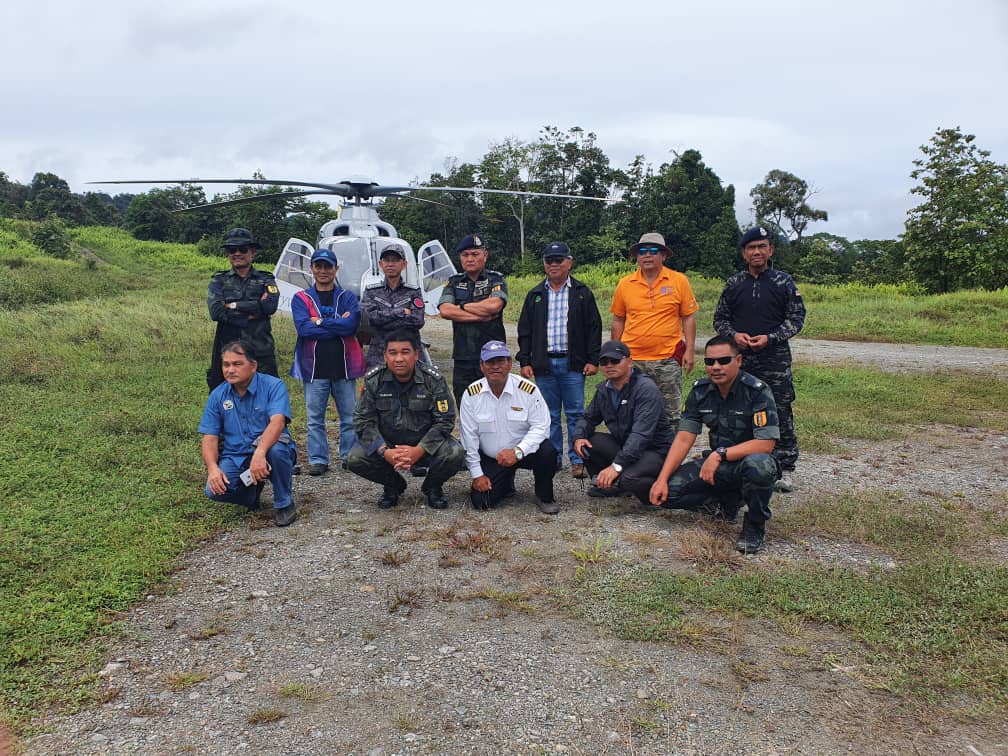 He joined the advance party comprising more than 100 people from April 4 to yesterday. The expedition will end today.

From Kapit, Masing took a helicopter to Rantau Panora, Long Singut and spent the night at Nanga Seranau on April 5 before travelling by longboat to Long Singut the next day where he stayed overnight to attend a civic assembly.

Yesterday, he went to Tapak Megah by helicopter before returning to Kapit and thereon to Kuching.

Since Tapak Megah where we landed is just 20km away from the border, Datu Ken Leben suggested that a site closer to the border is suitable for the Customs, Immigration and Quarantine (CIQ) complex.

A site which is 1.5 km from the border was suggested and identified by Datuk Wilson Ugak as a site for the CIQ complex. Since the suggested site has been levelled by the previous timber operator, those present agreed and recommended the site to be considered by the relevant Malaysian authorities, he told The Borneo Post.

He also said the site where they landed at Tapak Megah 1 (20 km from the Indonesian border) could be a suitable site for the GOF forward base and another at Tapah Megah 2 could be a possible site for the CIQ complex, while Long Singut at Ulu Sungai Baleh could be the site for a border security post.

Just across the border from Tapak Megah 1 and 2 is Long Nawang in Indonesia, a settlement of 5,000 people of the Kenyah tribe, where Indonesia has a border post, he said.

Masing said he was informed that Malaysian authorities had agreed for the establishment of a border post, CIQ complex and GOF forward base in Kapit Division.

He said in the next border security meeting, he will suggest these sites as ways to further strengthen Sarawaks border security with Indonesia, especially in 2026 when the Indonesian capital is moved to the vicinity of the Mahakam river basin.

This will put Kapit Division close to the new capital, which is just some 450km away, he added.

Long Singut, at the foot of Bukit Tibang, Ulu Sungai Baleh is close to the Indonesian border. It is a Kenyah settlement with some 40 families.

Long Singut has always been in the limelight because of the entry of illegal immigrants from the Kalimantan side of the border through illegal routes to Baleh. It is also known as the source of wild meat and fish sold in Kapit.

The advance party left Kapit at 8am on April 1 to Rantau Penora, the gateway to Long Singut, which took nine hours drive by 4WD vehicles along the rugged logging road.

They spent three nights in a tent at Nanga Seranau, Ulu Sungai Baleh while waiting for Masing and his entourage to join them on the evening of April 4.

The next morning on April 5, they travelled by longboat up the Baleh River from Nanga Seranau to Long Singut, which took five hours. In the evening, Masing officiated at a civic assembly at Long Singut.

On April 6, Masing took a helicopter ride to Tapak Megah before returning to Kapit.

The purpose of the Ulu Baleh-Long Singut Expedition is to inspect Ulu Sungai Baleh before the whole area is submerged when the Baleh Dam is fully commissioned in 2026.