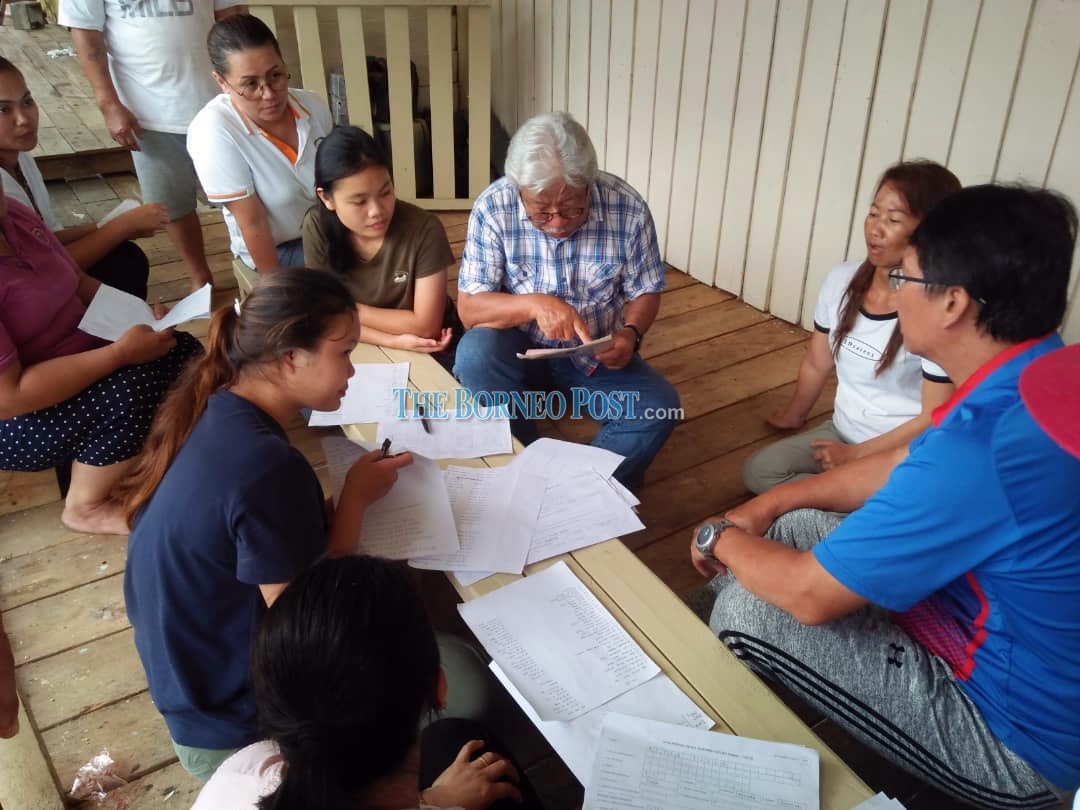 Masing (third right) seen during the recent visit to Long Singut in Kapit.

According to the Baleh assemblyman, most of the second and third generation residents of Long Singut are stateless.

“I was helping Long Singut residents who have no identification (card) and thus are stateless. They are the second and third generation residents of Long Singut.

“There are 729 of them most of whom are stateless. They migrated from Kalimantan in the 60s (1960s),” he said in a statement today following a visit to Long Singut on April 5.

Masing said the children could not further studies beyond Form 5 even though they obtained good results.

He added that the adults could not seek employment as well since they did not have any document for their identity.

“The Malaysian government must address their predicament of being stateless once and for all. JPN should send their mobile team to Long Singut soonest,” said the Parti Rakyat Sarawak (PRS) president.

Masing cautioned that the ruling government could be accused of not being caring towards the people if such issue was left unattended.

“Unless we settle these problems soonest, we could be accused of not caring (Prihatin) for our fellow human beings and we will lose valuable human resources to Malaysia,” he said.