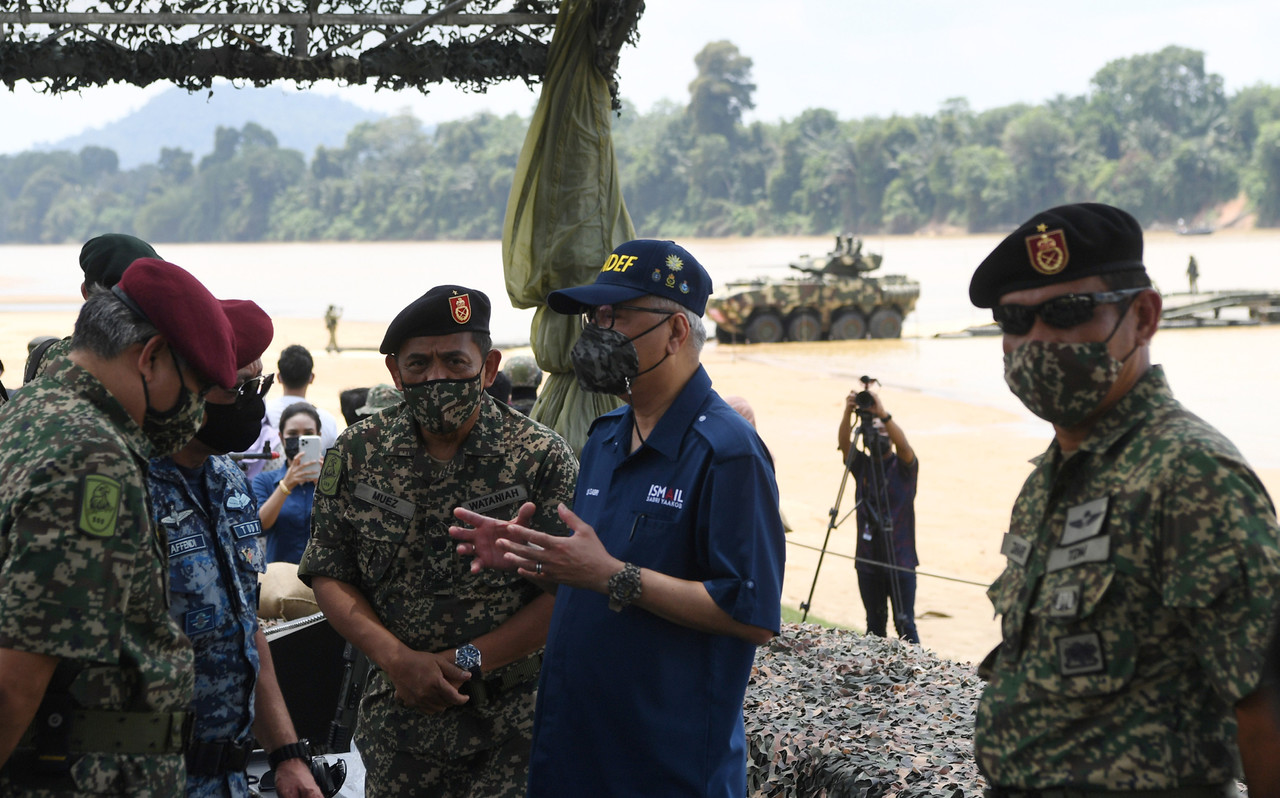 BERA (Aug 28): The assets of the Malaysian Armed Forces (MAF) are sufficient and will be upgraded from time to time to meet the latest needs and technological developments, said Prime Minister Datuk Seri Ismail Sabri Yaakob.

He said the matter was one of the aspects given priority by the Ministry of Defence in ensuring the country’s preparedness was at its highest to defend the country’s sovereignty.

“In terms of armaments, the technology is constantly evolving, that’s why we need to improve assets from time to time and that is being done by the ministry,” he told a press conference after witnessing the Para Predators Exercise Series 1/2021 at Kampung Batu Bor here today.

Apart from the upgrade, Ismail Sabri said the government also emphasised the welfare of military personnel including reviewing the pension scheme for personnel who opt for early retirement.

Under the current military ruling, pensions are only received by those who have served for 21 years, causing those who opt for early retirement not to enjoy the benefits which, in some cases, results in some losing their livelihoods once theyve stopped serving.

A study on the granting of the pension is being conducted by Defence Ministry secretary-general Datuk Seri Muez Abd Aziz and the MAF headquarters as it needs to cover all aspects, including the prorated payment according to the length of service and the reason for their early retirement.

A study is done so that those who quit, for example after 15 or 18 years of service, will be given their pensions. Although we have Perhebat (Ex-Servicemen Affairs Corporation) to train them before they retire, not all are successful in business and others.

However, we need to see why they quit, is it because of disciplinary problems? This is one of the things that need to be refined. The matter involves financial aspect and when (the study) is completed, the new Defence Minister (Datuk Seri Hishammuddin Tun Hussein) will bring it to the Cabinet,” he said.

On today’s programme, Ismail Sabri, who is the Bera MP, said such exercises would be done from time to time to achieve the three main objectives, namely to train, to project and to educate.

“It aims to provide exposure to the real threats through training, to provide an overview of the alertness and capability of the Malaysian Army as well as educating and sharing knowledge on the role of the Army in security aspects,” he said.

The 14-day exercise, which began on Tuesday (Aug 24), involved almost 1,900 officers and members of the 10th Brigade based in Terendak Camp, Melaka. – Bernama