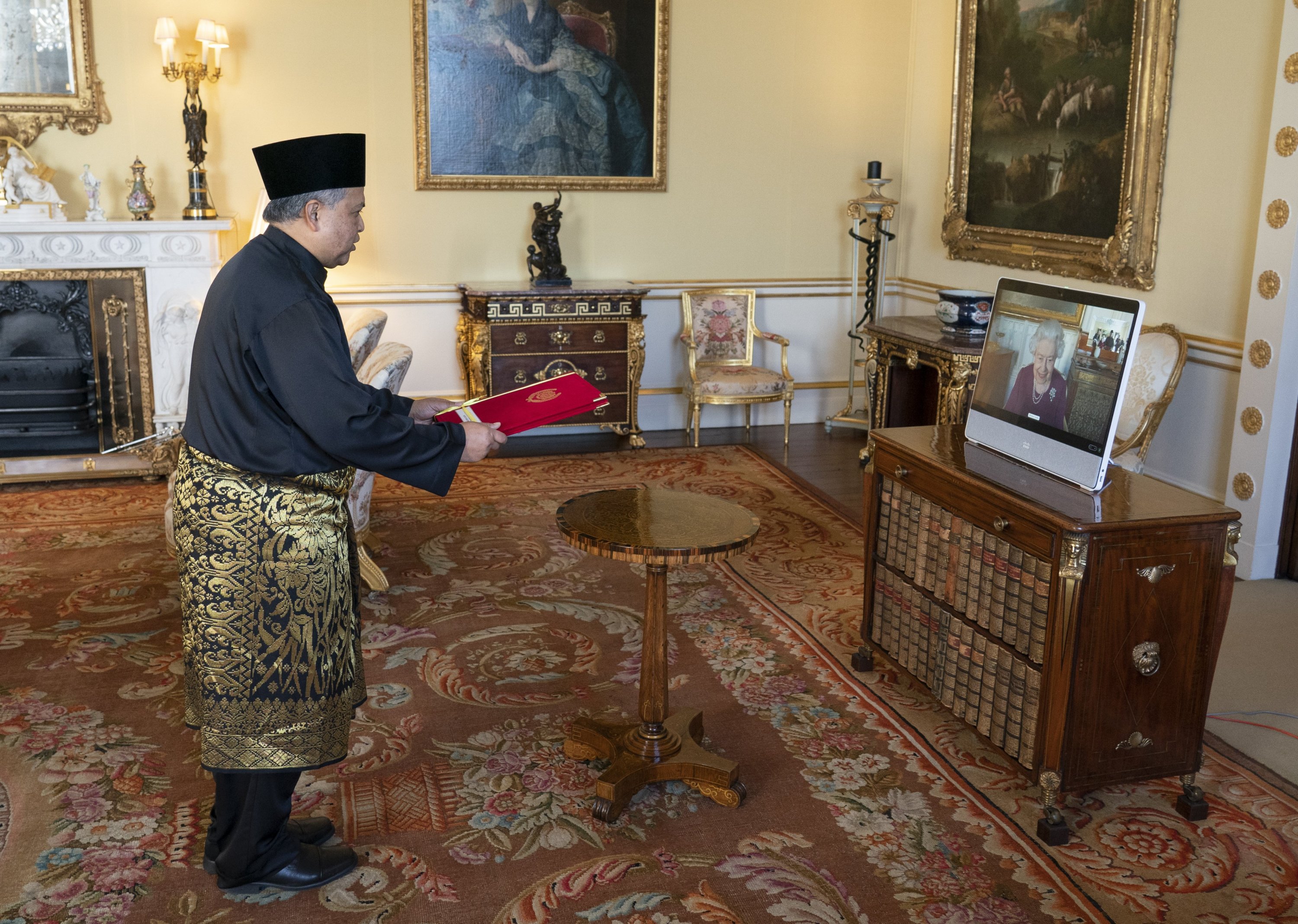 Zaki is seen during his virtual audience with the Queen. — Photo from Twitter/The Royal Family

KUALA LUMPUR (Nov 26): The new Malaysian High Commissioner to the United Kingdom (UK) Zakri Jaafar presented his ter of Credence and the ter of Recall of his predecessor to Queen Elizabeth II on Thursday, in a virtual ceremony held at Buckingham Palace in London.

The Malaysian High Commission in London in a statement issued on Thursday said during the ceremony, Zakri stated that he was deeply honoured to be appointed to the position and will endeavour to deepen and expand the friendship and cooperation between Malaysia and the UK to a new high.

Zakri is a senior career diplomat who has served in the Foreign Ministry since 1992, the statement said.

Prior to his assignment as the Malaysian High Commissioner to the UK, the diplomat had served as Malaysian Ambassador to Jordan from 2014 to 2017 and to Bosnia and Herzegovina from 2017 to May 2021.

Established in 1957, diplomatic relations between Malaysia and the UK have been substantive and broad-based encompassing a wide range of areas including trade and investment, defence and security, education and training, climate change, culture and tourism, and people-to-people relations.

The statement said, the UK remains an important trade and economic partner for Malaysia with positive bilateral trade for the past 10 years

From January to September 2021, total trade with the UK increased by 4.9 per cent to RM12.59 billion. –Bernama