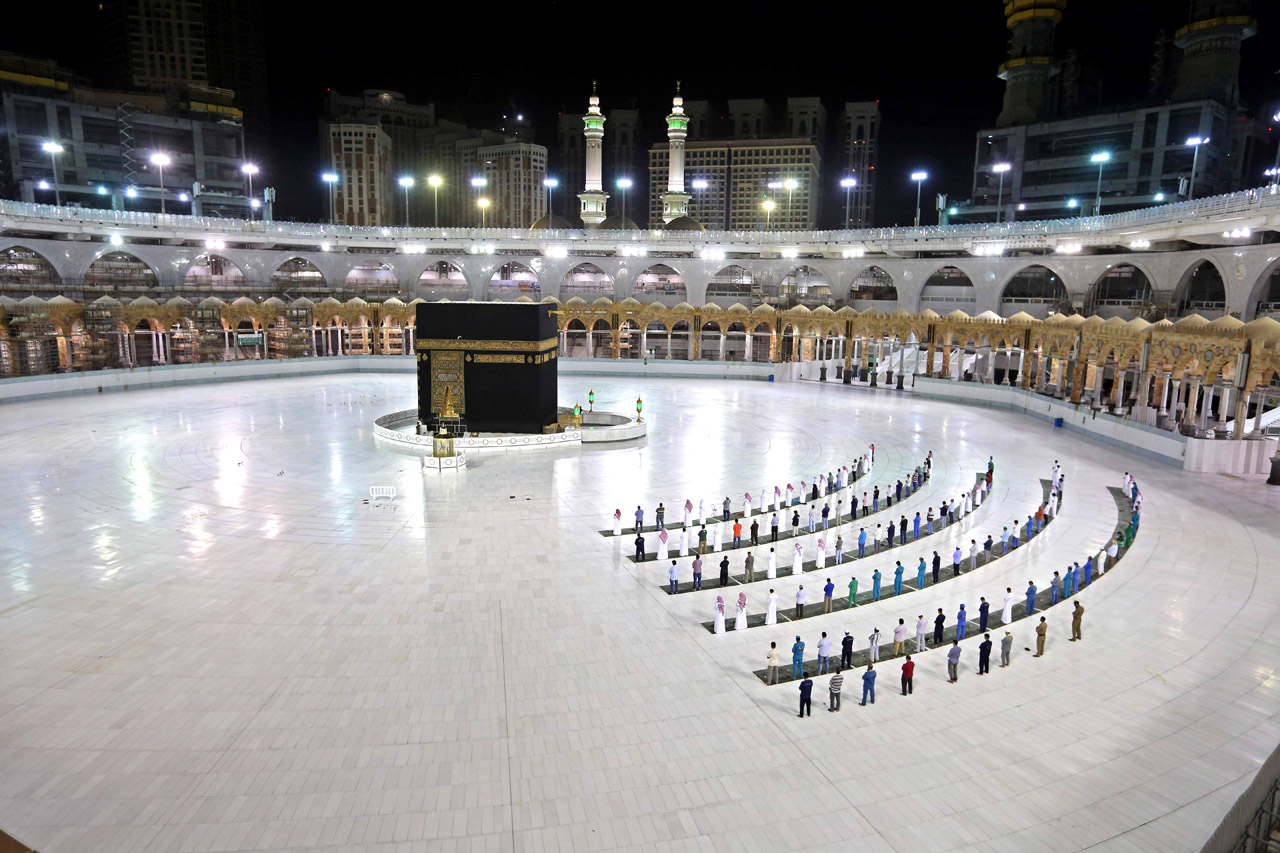 An AFP file photo from June 2020 shows a few worshippers performing the al-Fajr prayer at the Kaaba, Islams holiest shrine, at the Grand Mosque complex in Saudi Arabias holy city of Makkah.

According to a report by Saudi Press Agency (SPA), relevant authorities had presented their plans during the Haj Central Committee Meeting chaired byPrince Khaled Al-Faisal, Adviser to the Custodian of the Two Holy Mosques, Governor of Makkah Region, on Wednesday.

It reported that Prince Khaled, who isChairman of the Committee, stressed the necessity of unifying and consolidating efforts and increasing the level of coordination and readiness to serve the visitors of the Two Holy Mosques, in addition to providing everything that would preserve their safety.

During the meeting,the Hajj and UmrahMinistry had also presented its plan for Ramadan season, which includes increasing the operational capacity of the Grand Mosque while adhering to all precautionary and preventive measures issued by the relevant authorities.

It said bookingpermits to perform Umrah rituals, prayers and visit, available time slots, as well as verificationwill be done through the (Eatmarna) and (Tawakkalna) apps.

The General Presidency for the Affairs of the Grand Mosque and the Prophet’s Mosque also presented its operational plan, which will be implemented by 4,422 employees serving Umrah performers and worshipers at the Grand Mosque during the month of Ramadan.

According to the plan, the Presidency allocated 14 paths for the performance of Tawaf (circumambulation) and allocated the three paths closest to the Kaaba for the elderly and people with disabilities.

Nearly 5,000 male and female workers will perform sterilisation and disinfection operations around the clock, and instructional posters will be put up in all prayer halls to promote adherence to social distancing.

Meanwhile, in presenting its plan in receiving Umrah performers at the King Abdulaziz Airport, the General Authority of Civil Aviation will allocate a specialised team from alloperational departments, around the clock.

The team will coordinate with government agencies and service providers to secure the necessary manpower to serve pilgrims in all airport halls, and the northern terminal has been prepared for the arrival and departure of Umrah performers according to the precautionary measures for the Covid-19 pandemic issued by the Health Ministry.

All means of transport have been prepared and provided to serve the Umrah performers which include the Haramain High-Speed Railway, and provide all the operational requirements to complete the procedures for the arrival and departure of Umrah performers, and designate express service routes to receive and complete their procedures, added the SPA report. — Bernama