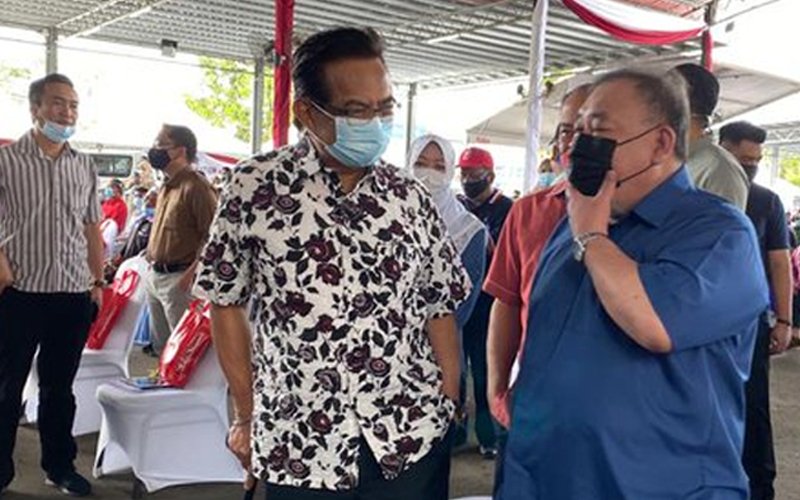 Smartly dressed in a batik shirt and wearing a face mask, Musa was seated among the VIP guests with a walking stick in hand. Bernama Photo

BEAUFORT (Sept 17): Former Sabah chief minister Tan Sri Musa Aman, who triggered the Sabah state election but is not contesting, made a surprise appearance at a public event here this morning.

Smartly dressed in a batik shirt and wearing a face mask, Musawas seated among the VIP guests with a walking stick in hand, awaiting the arrival of Prime Minister Tan Sri Muhyiddin Yassinat the SabahFarmers, Liverstock Breeders and Fishermen programme atDataran Bagandang.

Many of those present including local leaders and villagers took the opportunity to take photographs and videos with Musa and exchanged greetings with him.

When greeted by a Bernama journalist, Musa flashed a smile and said: I am fine, Alhamdulillah. How are you?

Musa, who hails from Kampung Bingkul, just five minutes away from Beaufort town, caused a stir on July 29 when he claimed to have garnered enough support from state assemblymen to oust the government of Datuk Seri Mohd Shafie Apdal.

The following day, Mohd Shafie announced the dissolution of the SabahState Legislative Assembly, which led to the Election Commission fixing the polls forSept 26.

Musa, the incumbent Sungai Sibuga assemblyman, pulled off another surprise on Saturday when he did not turn up at any nomination centres to file his papers although he had been speculated to be moving to Sungai Manila to contest. — Bernama