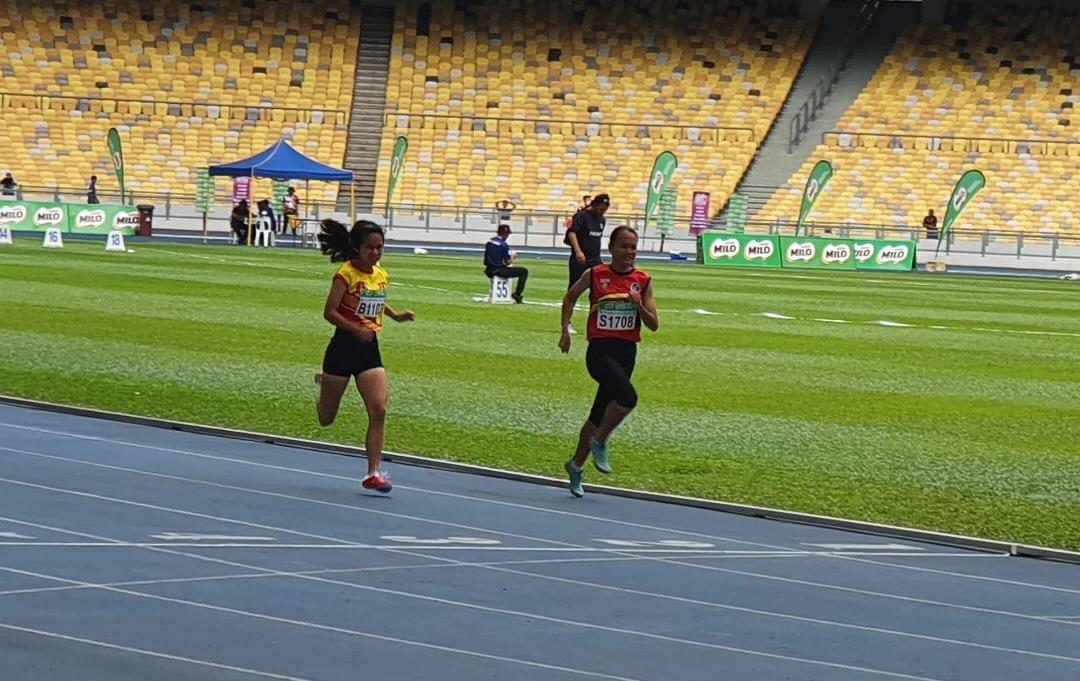 Luciana sprints to the finishing line of the 800m which was the last of seven events in the heptathlon.

The state student athlete grabbed six gold medals yesterday to enable Sarawak to stay in contention for the overall title. The seven events of the heptathlon (Girl’s Open) was spread over two days. 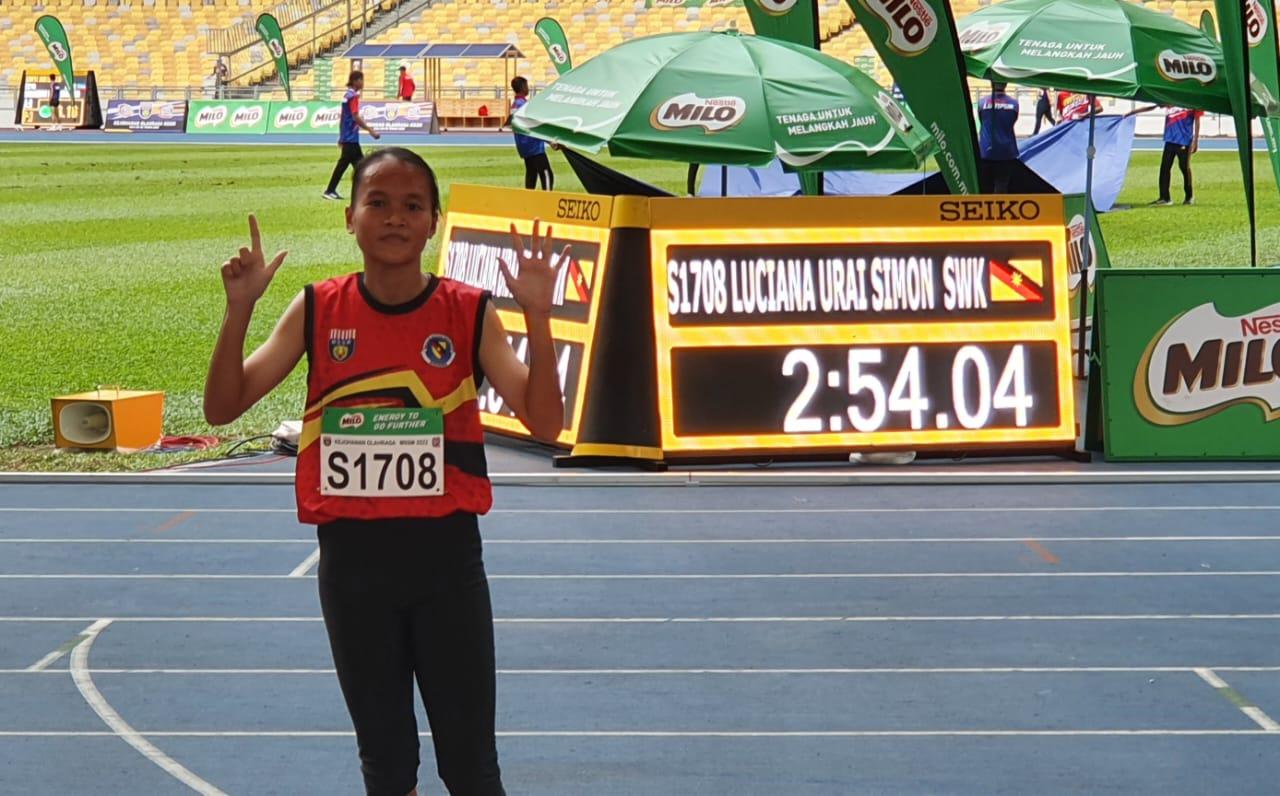 ‘Iron maiden’ Luciana Urai Simon ends her conquest of all seven events and all her rivals. 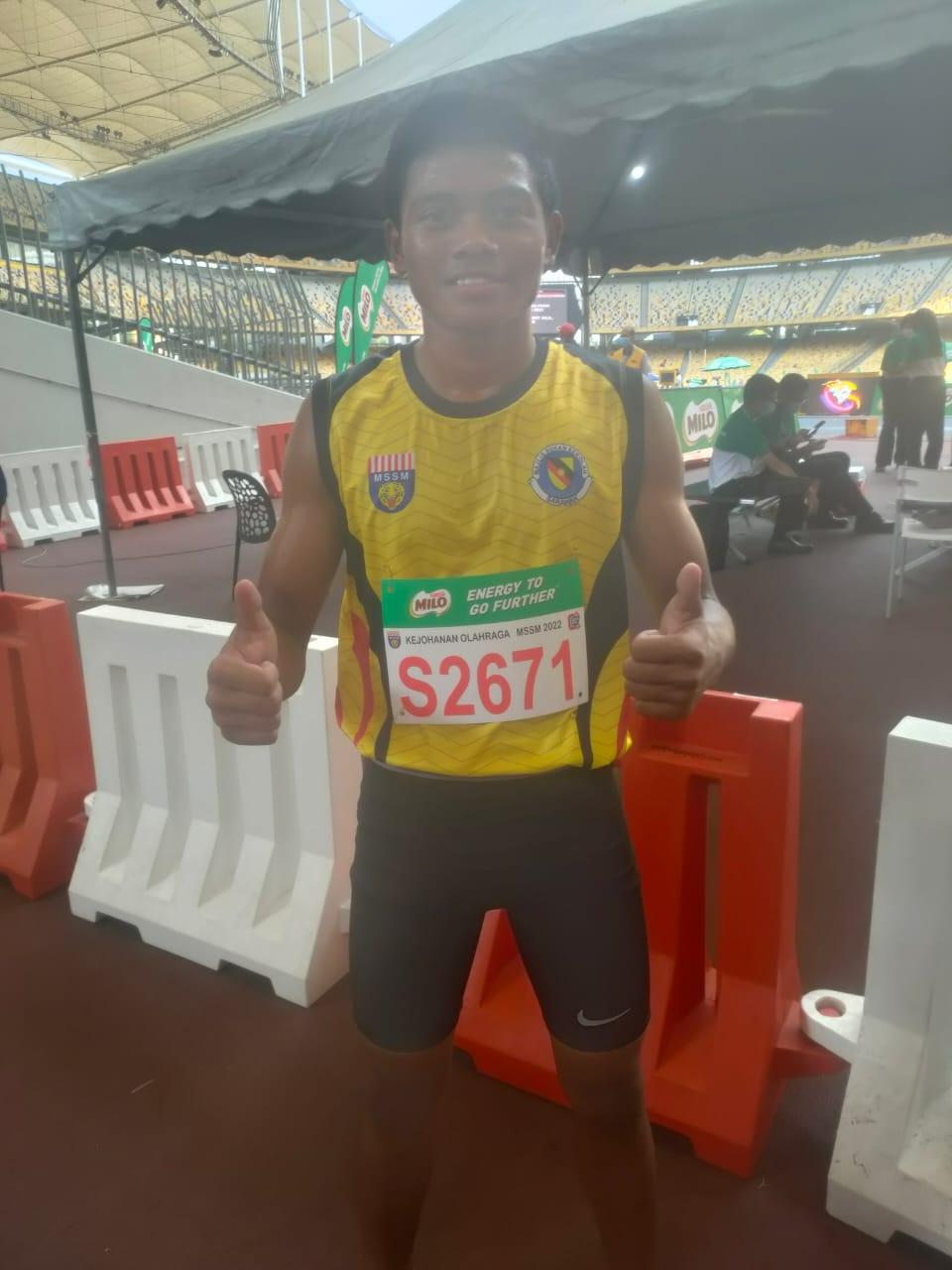 File photo of Thaneraj as he celebrates his victory in the 800m.

Sarawak celebrated another hurdles victory when Natalia Abby Uding clocked 29.30s to finish first in the Girl’s U15 200m hurdles.

The fifth gold medal was won by Pauline Ului in the Girl’s U15 discus. Pauline, who is from SMK K9 Long Bedian in Baram, recorded a winning distance of 31.36m.

Wong Yew In hurled the hammer to a distance of 56.89m to not only win the gold medal but also added a page of history. The SMK Tong Hua student in Bintangor is the latest in the long unbroken line of Sarawak throwers to have won the men’s open event stretching back to 2009. Lu Teck Yi recorded a throw of 52.49m to make it a 1-2 finish for Sarawak.

The 5-day 62nd MSSM National Championships ends today. Sabah is leading the overall medal tally at the end of Day 4. Johor (13 gold), Sarawak (12) and Selangor (10) are in hot pursuit of the overall title.