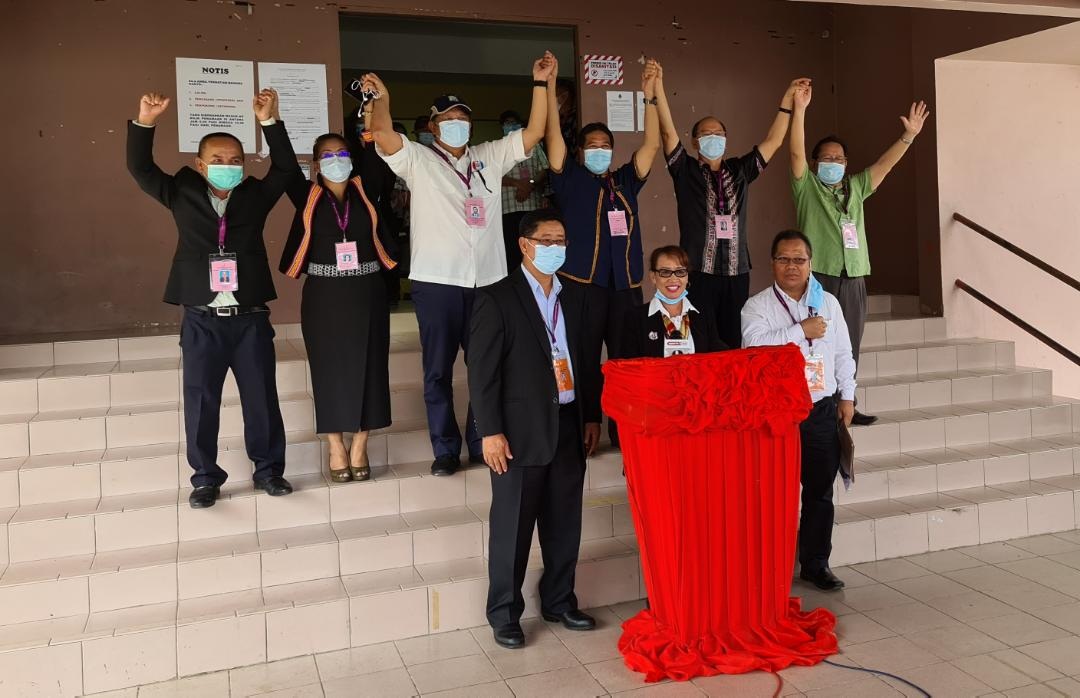 Madius (second right) and Joniston (third left) with the other four candidates vying for Kiulu seat during the nomination day.

This is the Tuaran MPs first ever attempt at a seat in the State Legislative Assembly.

Madius said plans are in place for him to develop the Kiulu constituency for the five years, should he win the election.

He wants to ensure that the plan to set up a district office in Kiulu, which has already been approved by the state government, would be realised.

He disclosed that a study on the proposed district centre had been conducted by the Institute for Development Studies (IDS).

“I will also focus on issues relating to education, economy and culture,” he added.