Matu, Lundu become orange zones after increase of Covid-19 cases in the districts 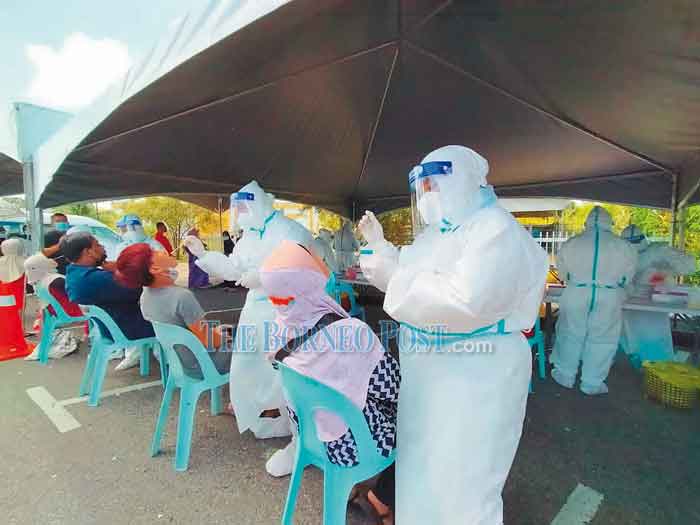 Matu and Lundu districts have been classified as orange zone from yellow today after recording 22 and 21 Covid-19 cases respectively in the past two weeks.

KUCHING (June 9): Matu and Lundu districts have been classified as orange zone from yellow today after recording 22 and 21 Covid-19 cases respectively in the past two weeks, said the Sarawak Disaster Management Committee (SDMC).

Pusa district meanwhile reverted to yellow zone from orange after recording only 20 cases during the same period.

“This brings the number of orange zones to three and yellow zones to nine. The other 28 districts remain red, and the state has no green zone,” said SDMC in a statement today.

The other orange zone was Simunjan, while the other yellow zones were Julau, Saratok, Belaga, Telang Usan, Lawas, Daro, Tebedu and Limbang.

The Health Ministry categorises a district with no Covid-19 cases as a green zone, and over a two-week period, with one to 20 local transmission cases as yellow, 21 to 40 as orange and 41 and more as red.

The offences were loitering in public past 10pm (24), not scanning MySejahtera (24), no physical distance (17), dine-in (5), not wearing face mask (4), operating businesses not allowed during MCO (4), ferrying of passengers over the allowed limit (2), premise operating over the time allowed (2), bringing children below 12 to public places (1).

“The total number of compounds issued since the Movement Control Order was implemented in March 18, 2020 to-date was 7,473,” said SDMC.

The offences were not updating attendance book or incomplete book (5), premise operating over the time allowed (1), operating without permission (1) and dine-in (1).

This brings the total number of compounds issued since Feb 1 to-date to 944.

The Sarikei division health office has issued a compound of RM4,000 to two longhouses, Rumah Lingga, Sungai Selangan, Sarikei and Rumah Thomas Settian, Skim B, Bintangor for holding a ‘miring’ ceremony on May 31.