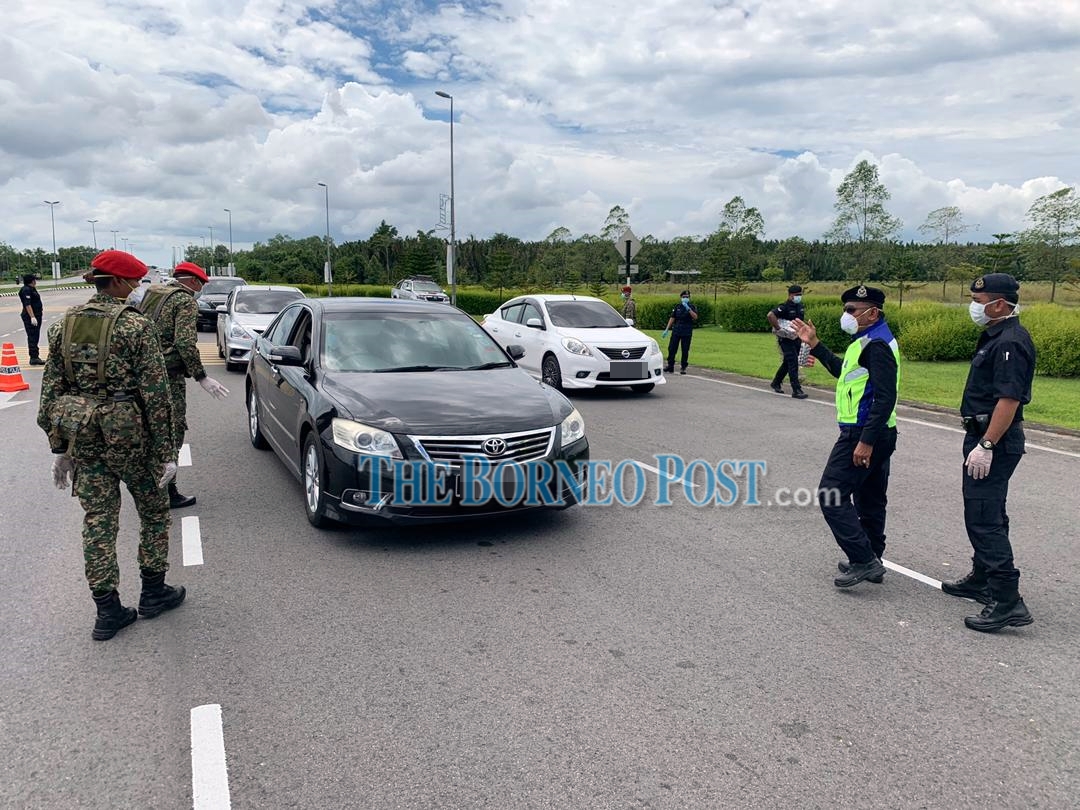 Police personnel with the assistance of their counterpart from the armed forces conducting Inspection along Kuching-Samarahan Expressway today.

KUCHING: A lorry driver here has become the first person to be arrested in Sarawak under the Movement Control Order (MCO), which was enforced from last Wednesday until the end of this month.

Sarawak Police Commissioner Datuk Aidi Ismail said in a statement this afternoon that the man was the only arrest so far under the order.

“The arrest involved a lorry driver who acted aggressively with the police in Kuching on Saturday,” he said in a statement.

Kuching Police Chief Awang Din Awang Gani, when contacted, revealed that the man was arrested in front of a convenience store at Jalan Tun Abdul Rahman Yakub at 8.40pm.

He was returning from making a delivery in Serian and was stopped by the police to be given advice on the MCO. He was inebriated and became aggressive with the police for delaying him, he explained.

The man is now in custody and is expected to be charged in court tomorrow.

The MCO is being enforced under the Prevention and Control of Infectious Diseases Act and the Police Act.

Last Wednesday, The Prevention and Control of Infectious Diseases (Measures within the Infected Local Areas) Regulations 2020 was also gazetted by the federal government and will be in effect until the end of the MCO.

Anyone committing an offence under the new set of federal regulations can be fined not exceeding RM1,000 or jailed not more than six months or both.

The Prevention and Control of Infectious Diseases (Measures within the Infected Local Areas) Regulations 2020, which is published on the Attorney General Chambers website, will be in effect until the end of the MCO.

Meanwhile, Aidi warned that anyone defying the curfew from 7pm to 7am under MCO, beginning today, will be arrested.

“Starting from this evening, all shops and services are closed at 7pm and only those with work permit documents are allowed (to travel).

“Apart from that, if anyone goes out without any cause, they will be detained,” he said.

He said the number is expected to increase if the situation calls for it.