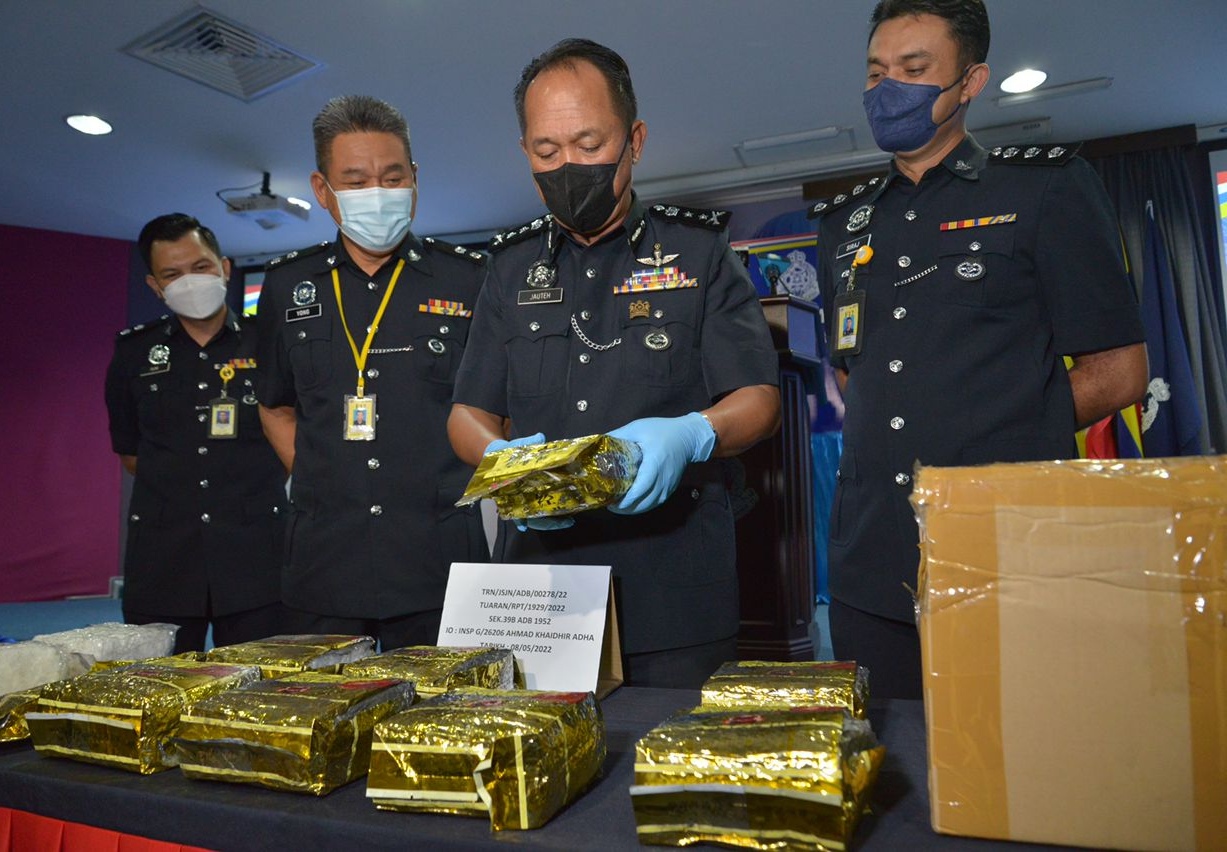 Jauteh (second right) inspecting the drugs that were seized by narcotic police.

KOTA KINABALU (May 12): A local drug pusher was detained for trafficking 10.4 kilograms of syabu at Taman Sri Rugading in Tuaran on Sunday.

Upon introducing themselves and inspecting the vehicle, narcotic police found a box containing several wrapped packets that contained crystal substance believed to be syabu weighing at 10.4 kg and valued at RM360,000, he said at a press conference on Thursday.

Jauteh said police investigators believed the drugs were smuggled from neighboring countries for the local market that could supply up to 50,000 drug addicts.

The 40-year-old suspect has been remanded to be investigated under Section 39B of the Dangerous Drugs Act 1952.

Meanwhile, Jauteh said in the first four months of this year, police had detained 4,547 people for drug-related offenses with 83 of the suspects charged under Section 39B of the Dangerous Drugs Act 1952 for drug trafficking.

Police have also seized numerous drugs worth RM3.6 million, an increase of 50 percent in seizures as compared to the same period last year, he said.