No limit on spectators for Sabah-Kelantan tie 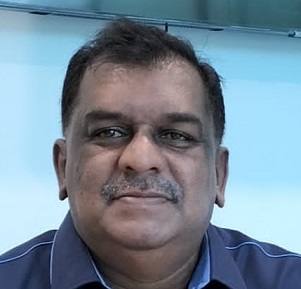 KOTA KINABALU (May 11): There will be no limit on the number of spectators for the FA Cup match between Sabah FC and Kelantan FC at the Likas Stadium here on Friday.

Sabah FC chief venue coordinator Shamsuddin Mohd Shah said this is in line with the announcement of the opening of sports and recreation sectors under the endemic transition phase which came into effect on May 1.

He said the Malaysian Football League (MFL) had also decided that there would be no capacity limit of spectators allowed to attend the FA Cup match between Sabah FC and Kelantan FC at Likas Stadium on May 13.

Although the stipulation of wearing face masks in open areas has been exempted, it is still encouraged, including the practice of social distancing.

Similarly, scanning of MySejahtera code is not mandatory but the management will conduct a status check to ensure that individuals at risk are not allowed to enter the stadium, he said in a statement on Wednesday.

Shamsuddin said the match is scheduled to start at 7.30pm and supporters are allowed to enter the stadium starting at 6pm.

He said only 1,000 physical match tickets will be available for purchase starting at 10am on Friday.

The rest of the 300 physical match tickets are for the PT and Score Board zones and will cost RM18.60 each.

Meanwhile, Shamsuddin, who is also a Supreme Council member, said the MFL also allowed spectators to attend regardless of age and vaccination status.

However, he said the Sabah Football Association (Safa) is serious when it comes to curbing the spread of Covid-19, hence the need to fully comply with the SOPs.

Once again, we would like to remind the spectators present to wear face masks at all times and they are allowed to bring food and drinks inside the stadium, but they cant bring in water bottles, umbrellas and helmets, he said.

We hope that the Sabah FC fans will continue to exercise self-discipline and abide by the SOPs, Shamsuddin stressed.