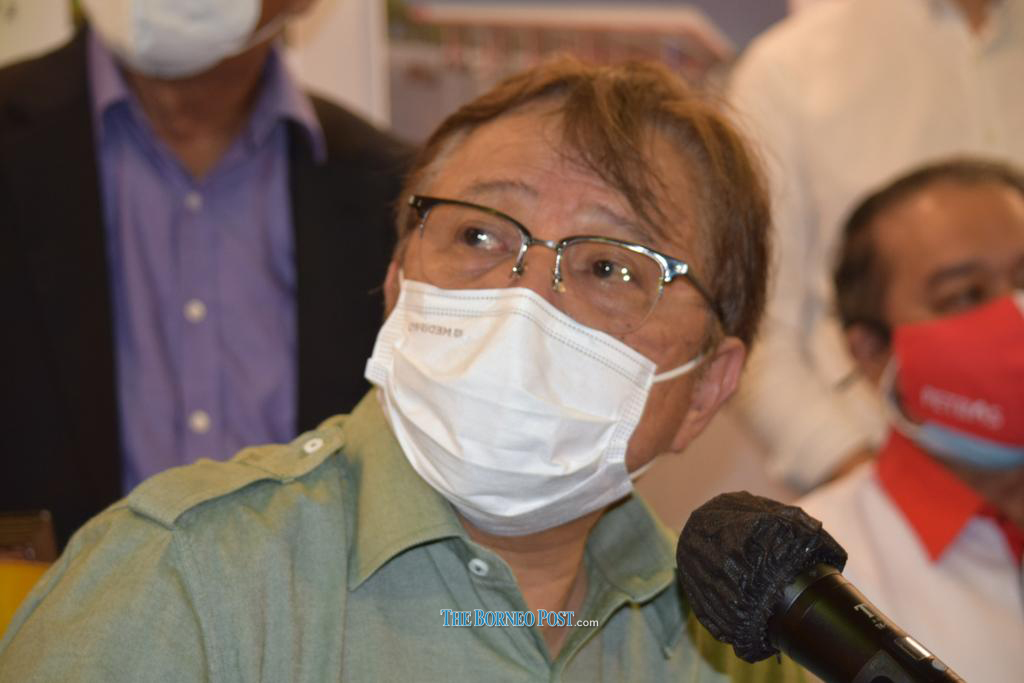 MIRI (Nov 25): Sarawakians should learn from the 22 months experience when Malaysia was under the Pakatan Harapan (PH) which saw numerous development plans cancelled.

This is because when PH took over the federal government almost all developments which had been planned were scrapped, Chief Minister Datuk Patinggi Tan Sri Abang Johari Tun Openg said.

In fact, he added, Sarawak’s plan to repair dilapidated schools also could not be implemented as the PH government demanded Sarawak government to pay its debt of RM1 billion.

However, even after Sarawak paid the debt the schools were still not repaired, he said.

For the sake of our rural people and for (the repair of) our dilapidated schools, Sarawak paid the RM1 billion, but the schools were still not repaired, of course I was angry.

What happened during those 22 months, don’t let the banana tree bear fruit twice’. Remember what has happened. Sarawak look after itself and we continue to work together with the federal government to further develop the people and the state, he said.

Abang Johari gave this reminder when officiating at a ceremony to witness the signing of Memorandum of Understanding (MoU) between Syarikat Perumahan Negara Berhad (SPNB) and Naim Group of Companies, and the groundbreaking for Vista Perdana Phase 3 here yesterday.

The chief minister, in his address, stressed that Sarawak wants a strong and stable federal government, to take care of the nation and help with the state’s development agendas.

He pointed out that a government that keeps changing will only make the people fed-up and tired, causing a situation like in Melaka.

The people are fed up. Maybe that is what happened in Melaka. The people want a stable government, so the people of Melaka sent that message (through their state election) to us, he pointed out.

He also reminded that the people had started rejecting the ‘frogging culture’, and Sarawak is fortunate that there are not many ‘frogs’ in the state that can affect the efforts of the state government to bring in development, especially in rural areas that are in dire need of basic facilities,

Sarawak government is the most stable right now, so please do not damage our government, he said.