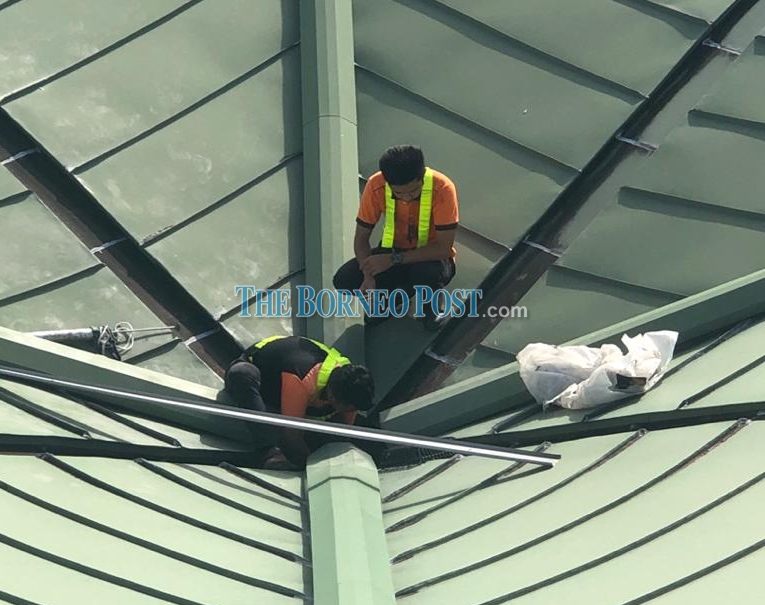 MAH personnel conducting checks on the roof of the terminal.

MIRI: The roof leakage video that was allegedly taken at Miri Airport that went viral on social media on Thursday was not caused by a damaged roof but an overflow due to the downpour, clarified Transport Minister Datuk Lee Kim Shin.

Lee, who returned to Miri from Kuching earlier this afternoon, had checked with Malaysia Airport Berhad (MAH) on the incident.

“Upon arrival in Miri Airport, I was briefed by MAH’s representative and based on the outcome of their investigation, the ‘leakage’ incident happened due to the downpour.

“The amount of rain resulted in the outlet not being able to cope, thus causing overflow. Hence, the water that flowed down the pillar located outside of the terminal building.

“MAH had their team to check and had confirmed that there was no age nor leakage on the roof. Thus, the public can be assured of their safety while they are in the terminal,” Lee said.

The viral video had garnered hundreds of and shares, with some netizens likening the incident to the Rain Vortex waterfall feature at Singapore’s Changi Airport.