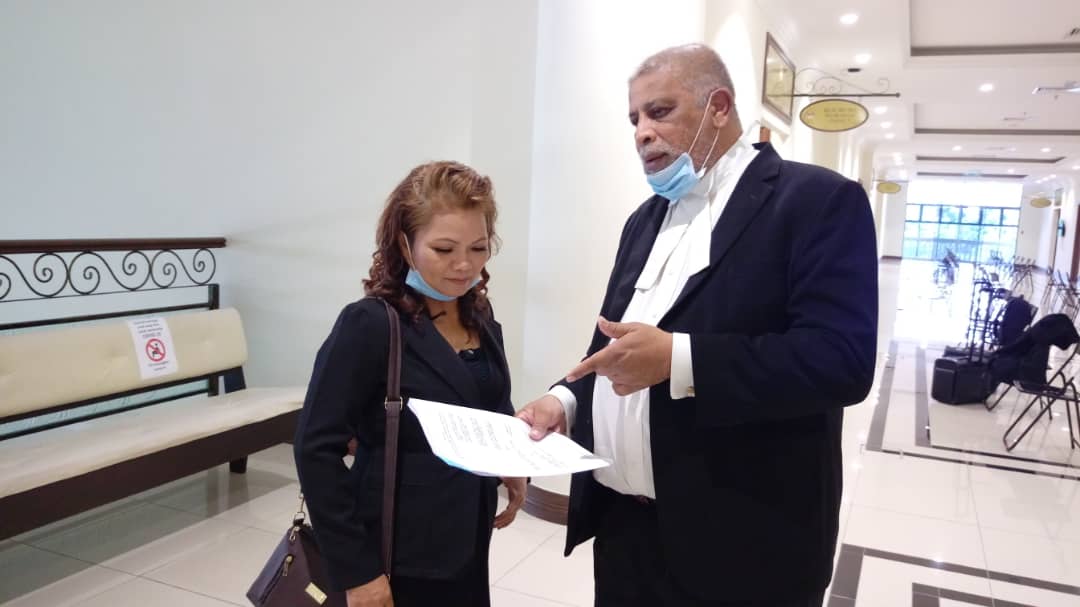 Marcel (right) and Margret outside the courtroom after their application for a leave to commence judicial review struck out by the High Court.

KOTA KINABALU:The High Court here struck out a leave to commence a judicial review by a lawyer and a self-employed woman, who sought declaration for the chairman of Election Commission (EC) to postpone the state polls until it was absolutely safe and no more threat of Covid-19.

Judge Ismail Brahim made the decision on the application of Marcel Jude Joseph, 59, and Margret Binsing, 49, on the grounds that there was no merits in their application when the case came up for hearing yesterday.

The court also ordered both applicants to pay RM3,500 costs to the respondent.

In their ex-parte application, the two applicants had named EC chairman as their sole respondent.

The duo sought a declaration that the period of 60 days for the holding of the 16th state polls pursuant to Section 21(4) of the Sabah Constitution takes effect only from September 1, 2020 at the end of the Recovery Movement Control Order (RMCO).

The applicants also sought an order of certiorari to set aside the decision of the respondent, who allegedly announced to the public on August 17, 2020 that on September 12, 2020 was set for nomination day, September 22, 2020 for early voting and September 26, 2020 for polling day.

The applicants stated that the reason to quash the alleged decision was because the respondent was allegedly unable to make and announce the decision while there was in effect the Movement Control Order (MCO) and allegedly no prior legal permission was obtained to hold the said polls.

They also sought an order of prohibition against the respondent whether by himself or his servants or agents not to hold the said polls until the RMCO was lifted after August 31, 2020.

The duo also sought a declaration that the holding of the said polls during the term of the MCO or its variations was allegedly unlawful, null and void.

Apart from that, the applicants further sought costs and any other relief deemed fit by the court.

Marcel Jude represented both himself and Margret while Senior Federal Counsels S. Narkunavathy and Suzana Atan for the Federal Attorney-General, while Dygku Fazidah Hatun Pg Bagul held a watching brief for Sabah Attorney-General.

Marcel Jude is one of the nine candidates for the Api-Api seat in the Sept 26 state election. He is contesting as an independent.