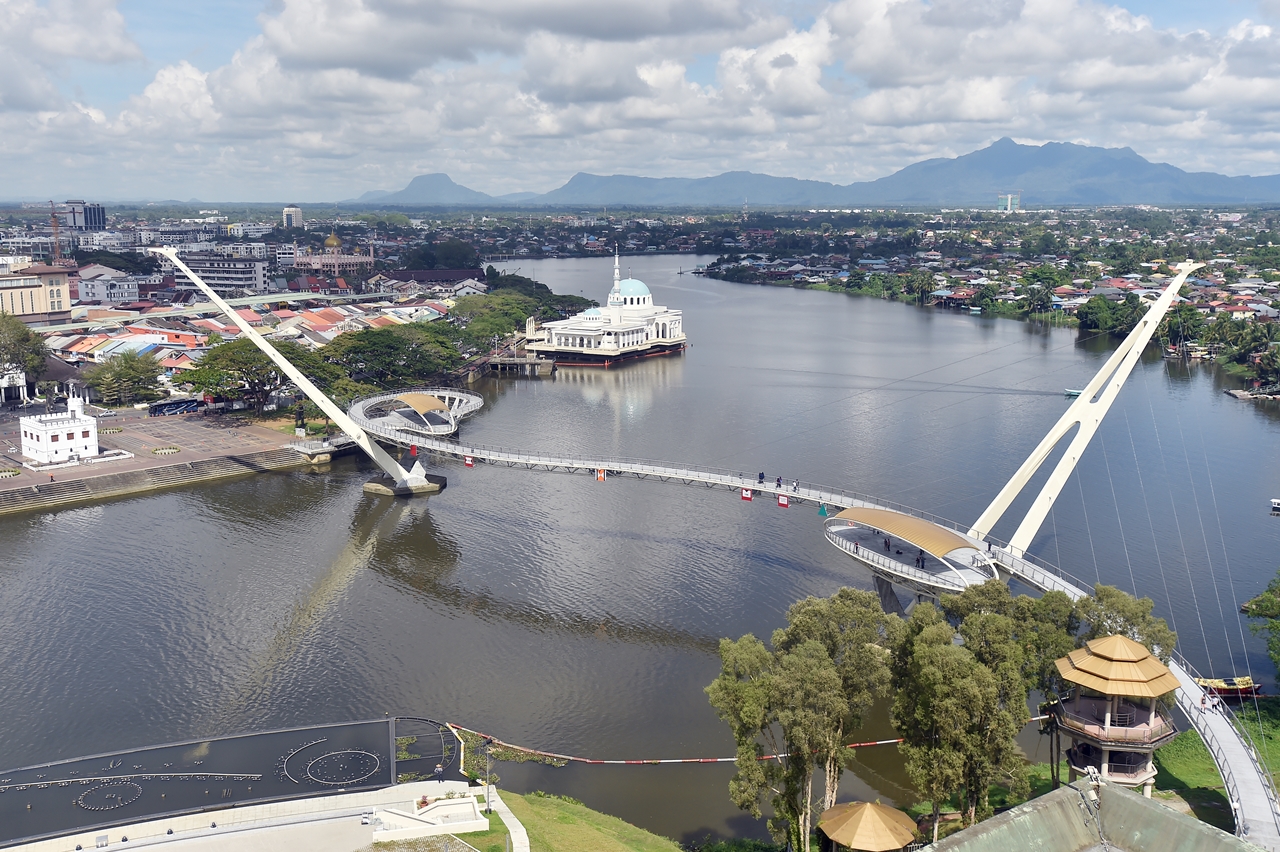 The Darul Hana Bridge as seen from the air. File Photo

Sarawakians from all walks of life are invited to join the event from 7pm onwards in remembrance of the former chief minister, who passed away on Jan 11, 2017.

He believed that no Sarawakian would ever forget the tremendous contributions and people-friendly policies of Adenan.

“As a Sarawakian, I will definitely join the special vigil in remembrance of Tok Nan. I believe Sarawakians felt the sincerity of Tok Nan in fighting for Sarawak,” he told a press conference here today.

Bong opined that many Sarawakians would remain ignorant of their rights if not for Adenan who began the state’s journey to recover the state’s rights that had been eroded over the years.

He reminded all that Adenan was the chief minister who declared July 22 as Sarawak Day.

The S4S man also pointed out that not only had Adenan listened to the voice of Sarawakians but the former chief minister also heard out requests from the opposition.

“Under his (Adenan’s) leadership, even the Sarawak government could sense his impartiality, not taking sides be it ruling or opposition, which truly reflects the spirit of Sarawak,” said Bong.

He advised those who will be joining the vigil to bring their own candles and flowers.