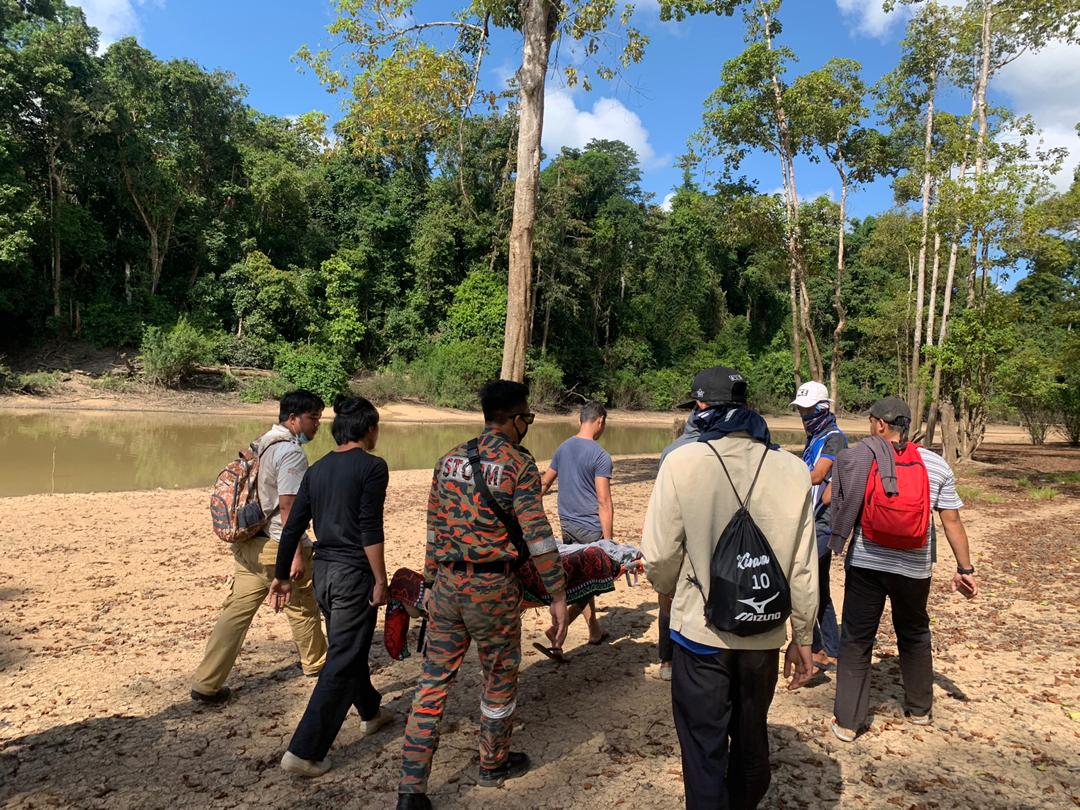 Fire and rescue personnel carrying the body of the victim from the river.

KINABATANGAN: The body of a 23-year-old man who was believed to be attacked by a crocodile at a river in Danau Tg Bulat Jungle Camp here was found by villagers during a search and rescue (SAR) operation at 9.09am yesterday.

Zulkifli Bin Azmi, was reported missing on Friday at about 11am.

According to a witness, the victim who worked in Danau Tg Bulat Jungle Camp, was fishing in the river when he was attacked by a crocodile.

Fire and Rescue Department Kinabatangan chief, Nurul Azlan Shah, said he had led the SAR with 12 firemen, four police personnel and several villagers to search for the victim.

“We conducted surface searching as far as four to five kilometres away from where the victim was last seen.

The operation ended at 6.16pm on Friday and resumed on Saturday when the body was found on the same day,” Nurul Azlan said.

The victim’s body was found by villagers near where he was last seen, he said.

The firemen had collected the body and handed over to the police for further action to be taken, he said.
Nurul Azlan said the victim’s body had bruises from waist to thigh.